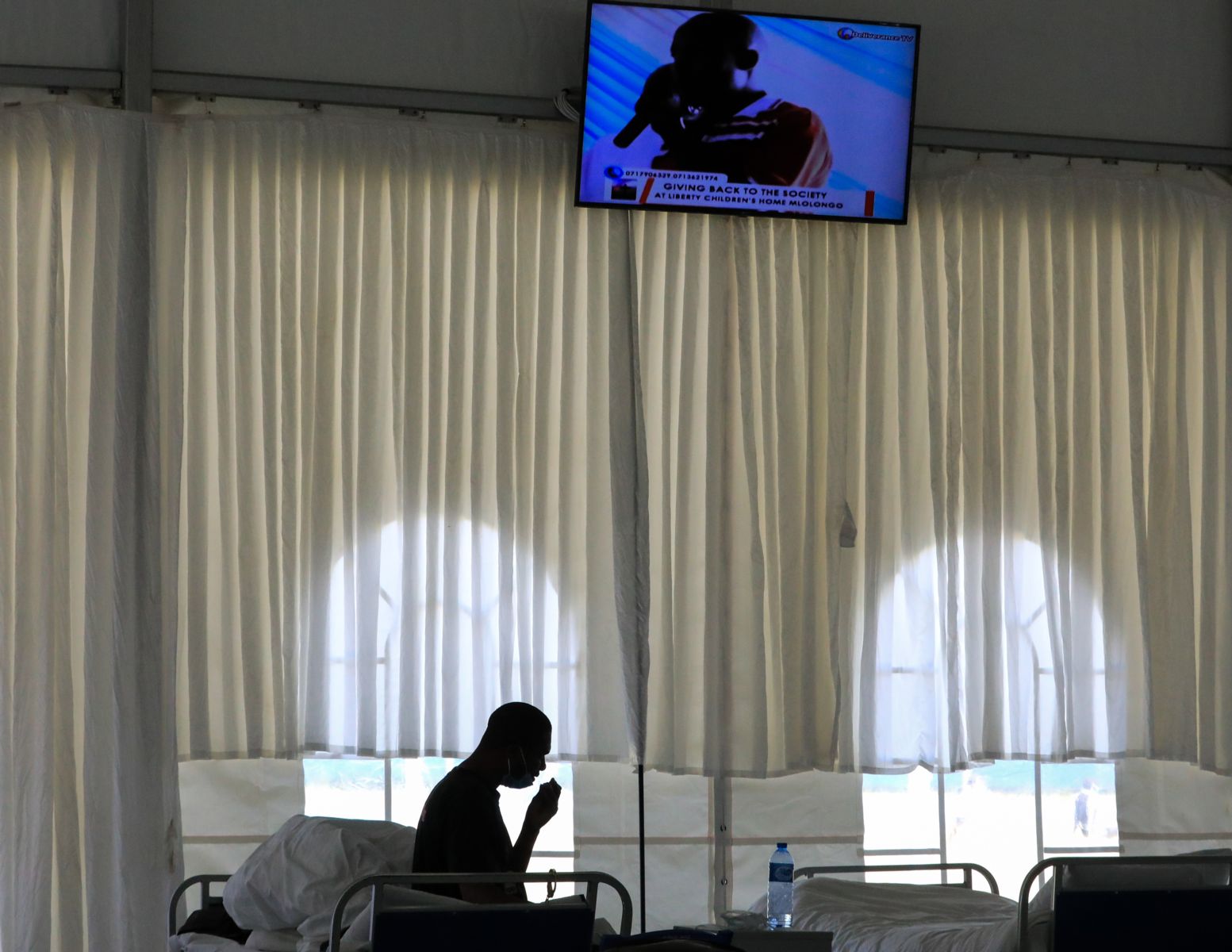 A Kenyan COVID-19 patient and a prisoner is silhouetted while his hand is handcuffed on his bed as he waits for medical staff to attend to him in an isolation ward inside a field hospital set up at a soccer stadium in Machakos, Kenya, in August 2020. EFE/EPA/Daniel Irungu

In order to deliver on its commitment to achieve universal health coverage (UHC), the Kenyan government is pursuing a policy of de facto privatization that risks Kenyans’ right to health, deliberately expanding the role of the private sector while simultaneously neglecting the public one.

Exclusive new data on public spending—provided to NYU and Kenyan rights organization Hakijamii by the country’s social insurance entity, the NHIF—reveals the extent of this shift and shows how Kenya’s plan for achieving UHC is set to turbocharge privatization. While the word “privatization” is absent from policy documents, Kenya’s healthcare system is rapidly being handed over to profiteers, with taxpayers footing the bill and Kenyans’ rights on the line.

This pattern is not unique to Kenya, but is playing out around the world, with stealth privatization transforming whether and how people access their rights, without public debate. It is fueled by powerful international development actors pushing private “solutions” over public ones, and global investors looking to turn a sizable profit.

From provider to purchaser

In December 2017, Kenya’s President Uhuru Kenyatta committed his administration to the realization of UHC. Following a pilot phase, the government announced it would deliver UHC primarily through a nationwide expansion of insurance through the pro-private sector NHIF.

This represented a major departure from the pilot phase, which had eliminated fees at public facilities in four counties with considerable success. It would instead transform the state from a provider of health services to a purchaser. While the NHIF is a public entity, it enrolls both private and public facilities and has overseen a significant shift in spending toward the private sector. Private providers have long been in the driver’s seat and receive higher reimbursements for the same services.

Healthcare is a big business, and foreign private equity firms and multinational corporations are eager to expand their footprint in Kenya. 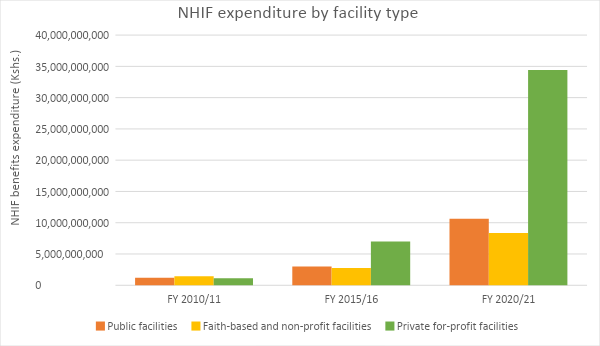 The broader commitment to privatizing healthcare

Kenya is not selling off its public healthcare sector, which still provides most of the healthcare in the country. However, the embrace of private facilities via the NHIF is part of a broader push to get private actors into the business of healthcare, amounting to de facto privatization. This approach is embedded in key national policies that seek to expand the role of the private sector in health. In his speech announcing his pledge to achieve UHC, President Kenyatta affirmed this goal, while high-level officials promote the health sector as an investment opportunity.

Kenya’s approach has taken place at the urging and encouragement of key development actors including the World Bank, private foundations, and wealthy countries seeking new markets. Healthcare is a big business, and foreign private equity firms and multinational corporations are eager to expand their footprint in Kenya. CEOs are already bragging on earnings calls about their profits from major healthcare deals in the country.

Privatization is being implemented through a range of initiatives. The government has offered tax incentives, effectively subsidized private providers, and pursued large-scale contracts including “public-private partnerships”—arrangements that may sound good, but often cost the public more in the long-term. This push has coincided with chronic underinvestment in the public health system, which has hurt the quality and availability of care and driven many towards private providers.

The private sector has huge risks

Unfortunately, too little attention has been paid to the harmful consequences of privatizing healthcare, including rising costs, exclusion, and widening inequalities. Many in civil society have raised concerns about how the commodification of healthcare is affecting Kenyans, and our recent research with Hakijamii found that privatization is undermining the right to health, limiting accessibility and affordability, and pushing people into poverty and crushing debt.

Too little attention has been paid to the harmful consequences of privatizing healthcare, including rising costs, exclusion, and widening inequalities.

It’s also increasingly clear that the public is not getting good value for their money, with vast sums going to support a private sector that charges high fees and often offers substandard care. Information on crucial details is limited, and while the NHIF confirmed that private facilities are reimbursed at higher rates, they told us to reach out to facilities for details because “rates are based on individual contractual agreements.” This is a far cry from a tightly regulated social insurance program, with private and public providers reimbursed equally and rates determined through a transparent process.

An open question, a global lesson

The direction of health policy in Kenya might still be re-assessed, with a presidential election later this year and efforts underway to reform the NHIF. High level staff we met were working to address long-standing problems. But the private sector has so far effectively opposed reforms, demonstrating the challenges of reigning in vested interests. Short of major transformation, the NHIF will remain a mechanism for privatization.

Another way forward is possible. Popular recent investments demonstrate the appetite for quality, affordable public healthcare. The public system needs significant improvements, but many believe it offers far more potential for guaranteeing Kenyans’ right to health and delivering UHC than does handing over the keys to the private sector.

In Kenya and beyond, privatization is a term rarely acknowledged by policymakers, but a phenomenon underway all around us. Control over public goods is being quietly handed over to unaccountable private actors without open debate. Civil society has a role to play in decoding these developments and highlighting their risks. If it does not, the very notion of a right to basic goods—to healthcare, water, fair courts, and other essentials—will be written off as unrealistic and irrelevant in a world where commodification is the norm.

Bassam Khawaja co-directs the Human Rights and Privatization Project at NYU’s Center for Human Rights and Global Justice (CHRGJ). CHRGJ recently co-published, along with Hakijamii, a report on the human rights risks of privatizing healthcare in Kenya.