With the new U.S. administration, the Geneva Consensus Declaration might lose a supporter in this anti-feminist coalition that wants to preserve the traditional family as the foundational unit of society. 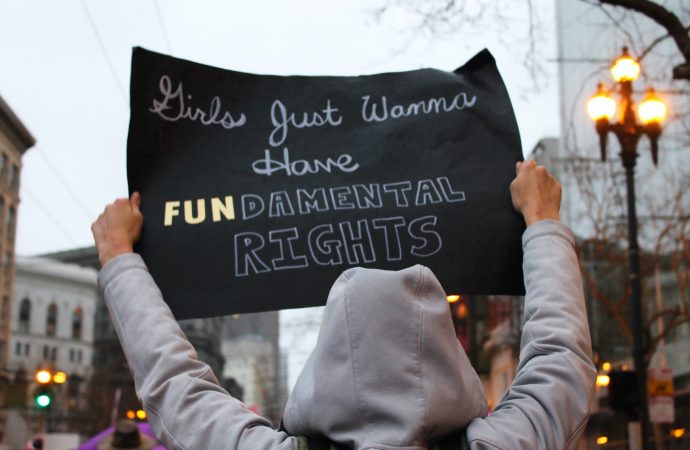 Photo courtesy of the Centre for International Policy Studies

Note: This text was originally published at the Centre for International Policy Studies on December 14, 2020. We reproduce it here with the author’s permission.

In the wake of Mr. Biden's election victory, the foreign policy commentariat is brimming with optimism. With a committed internationalist in the White House and a woman as Vice-President, the world stage seems set for a return to happier times. In Canada the hope is not only for a normalized relationship with our neighbour south of the border, but also for a more favourable international climate for the government’s signature Feminist Foreign Policy. Some of the cheerfulness is justified. The EU Parliament, for example, recently voted in favour of a gender-equal foreign and security policy, but like Canada's feminist foreign policy, it is an initiative that will face a formidable adversary in the shape of a global anti-feminist coalition that will endure long after President Trump has left the Oval Office.

The latest building block in this anti-feminist coalition is the Geneva Consensus Declaration on Promoting Women's Health and Strengthening the Family, an initiative led by Brazil, Egypt, Hungary, Indonesia, Uganda and the United States and signed by 33 countries in October. The Declaration advocates "better health for women” and a beautifully produced launch video celebrates women as indomitable, fearless, and inspiring - as the very heart and core of civilization. Its deeply conservative, anti-feminist and anti-gay values are revealed by its dedication to the preservation of human life, the strengthening of the family as the foundational unit of society, and the protection of every nation's sovereignty in global politics.

In other words, the Declaration advocates “better health” for women without the right to abortion, denies LGBTQ+ people the right to equality and marriage and defends the rights of states to make their own laws on these issues, absent external pressure.

The Geneva Consensus Declaration is a direct and explicit attack on the United Nations' Universal Declaration of Human Rights, which has provided the basis for interpreting abortion and same-sex marriage as human rights under international law. The Trump administration's Secretary of State for Health and Human Services, Alex Azar, made this clear at the signing  ceremony: "The Declaration is much more than a statement of beliefs—it is a critical and useful tool to defend these principles across all United Nations bodies and at every multilateral setting, using language previously agreed to by member states of those bodies." Secretary of State Mike Pompeo, an evangelical Christian, rejoiced, "We've mounted an unprecedented defense of the unborn abroad."

Mr. Pompeo and Mr. Azar are out of office now, but even in a post-Trumpian world where US foreign policy returns to a less socially conservative position, the global anti-feminist, anti-LGBTQ+ coalition will not miraculously disappear. The Geneva Consensus is signed by 32 other countries, which have every interest in continuing their alliance-building in the name of the "natural family" and "traditional values."  What is more, the Declaration is only one manifestation of the global Right's coalition-building to undermine the liberal world order and defend conservative values by constructing the Right Family.

Open Democracy recently showed how 28 American Christian Right groups have since 2007 spent $280 million on opposing women's reproductive and LGBTQ+ rights worldwide. They have backed Poland's draconian anti-abortion laws, lobbied politicians and provided legal assistance to doctors and businesses that refuse to serve women and LGBTQ+ people. Many of these groups have innocuous names like American Center for Law and Justice (ACLJ) or Alliance Defending Freedom. Many of them have links to the Trump administration; the chief counsel of ACLJ, for example, is the President's personal lawyer Jay Sekulow. Many of them are linked to the World Congress of Families (WCF), a network founded after a meeting of US and Russian ultra-conservatives in 1997. Since then, the WCF has held global and regional gatherings across Europe, Asia and Africa, and has established clear connections to radical right-wing leaders such as Italy's Matteo Salvini and Hungary's Victor Orbán. It is also closely allied with Russian Orthodox Christians and with Russia's use of anti-LGBTQ+ politics to undermine liberal values in East European countries.

The WCF's defence of "the natural family" has found fertile ground in Europe and in many African countries where socially conservative values are widespread, especially among the growing population of born-again Christians. The WCF has organized regional summits to protect the "African family" in Nigeria, Ghana and Kenya. Already in  2010, the ACLJ opened an office in Nairobi to lobby against changes to the abortion law in Kenya, and anti-gay legislation in numerous African countries has been linked to the activities of American evangelical groups.

It is no surprise then that 16 of the 33 signatories to the Geneva Consensus Declaration are African, with Egypt and Uganda among the six co-sponsors. In Uganda, gay sex is punishable by life imprisonment.  In Egypt, according to a recent Human Rights Watch report, security forces systematically abuse and torture gay people. One of them was Sarah Hergazi, a prominent activist who sought asylum in Canada after being arrested and tortured for three months. But the nightmares, depression and panic attacks would not let go, and she ended her own life in Toronto this summer.

Feminists have long argued that the "personal is political." For the global Right, the personal is also geopolitical. The Right Family attacks the liberal world order where it hurts most; at home. Even without a supporter in the White House, the Right Family will continue to gain ground because the values of the radical Right resonate with millions around the world and because its leaders have carefully built and nurtured political alliances and networks. An effective feminist foreign policy will require an equally systematic engagement at the ideological, political and strategic levels.