The resilience of the LGBTIQ+ community is admirable and inspiring; however, governments must ensure that all communities are safe and secure in times of crises, and should implement laws and policies to tackle disasters with inclusivity. 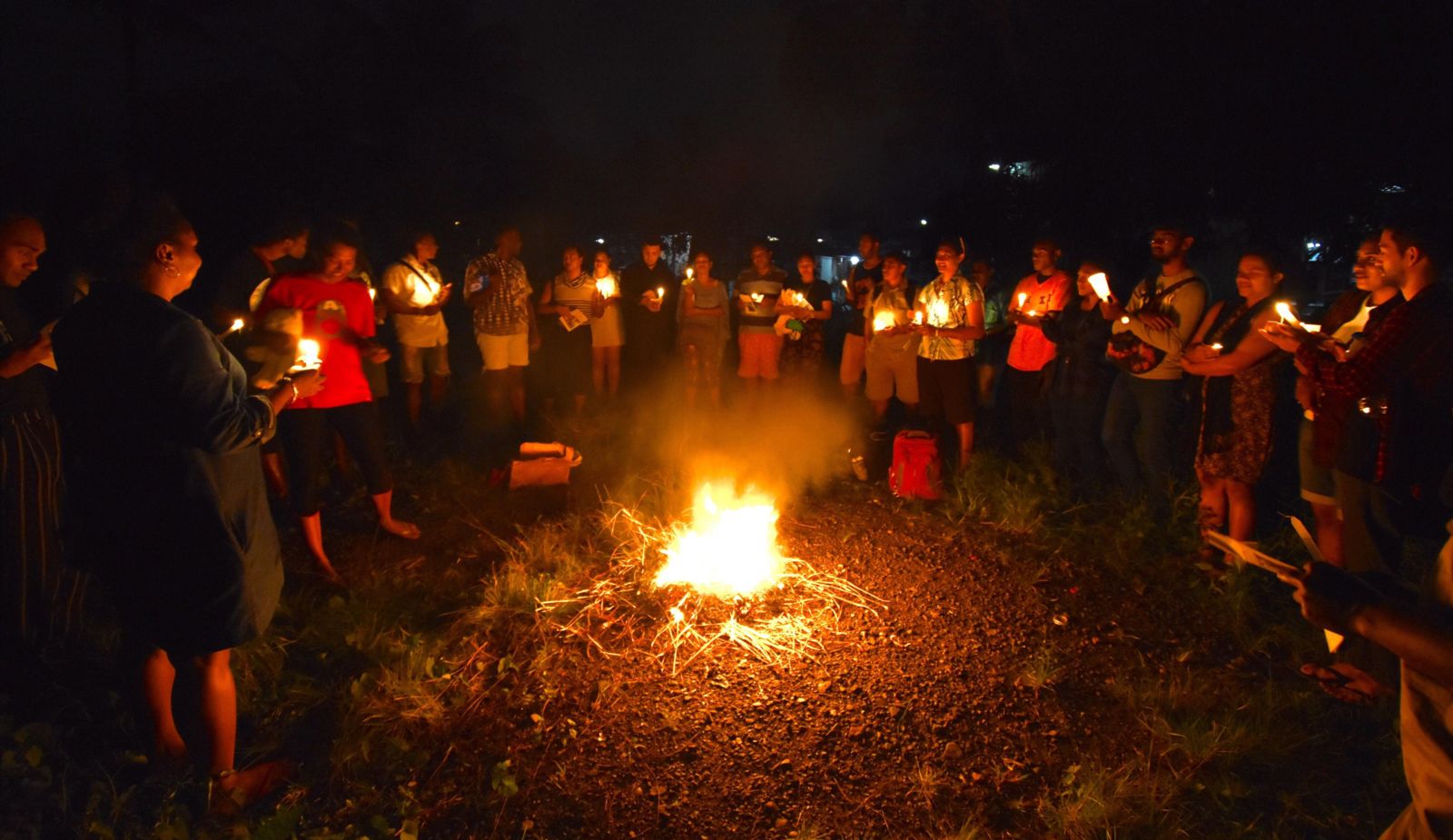 The climate justice conversation lacks sufficient representation and voices from marginalized groups, such as people living with disabilities; lesbian, gay, bisexual, transgender, intersex and queer (LGBTIQ+) people; and migrants and refugees. An intersectional approach to the impacts of environmental and climate crises is imperative to highlight how different marginalized groups define, relate, and respond to their realities. Underrepresentation and underreporting of those groups poses an issue for purposive, inclusive, and intersectional public policy. Hence, disaster preparedness and harm reduction, especially for marginalized communities, are fundamental areas which require investment.

When climate change intersects with the experiences of LGBTIQ+ people, it is crucial that information and data gaps are addressed through careful analysis of how they are disproportionately affected. LGBTIQ+ people tend to be uninformed on important disaster management and respective adaptive measures in place due to their lack of involvement in these processes, which puts them at higher risk, making them more vulnerable. This lack of involvement, in turn, is a result of their exclusion on the basis of their sexual orientation and gender identity. Moreover, LGBTIQ+ people, particularly trans people and youth, also experience a great deal of displacement from their original families and households. Those experiencing homeslessness often find it difficult to gain access to shelters and welfare resources and tend to face difficulty and discrimination when trying to access emergency facilities during climate disasters. LGBTIQ+ people are often left out and behind when seeking access to information on climate events and safety and to disaster relief assistance from government services.

The Pacific region continues to record increases in average temperatures, rising sea levels, and greater intensity of natural disasters. The Fijian LGBTIQ+ community has seen and experienced the repercussions of both societal exclusion and climate change, which have displaced and disrupted the lives of many. In Fiji, the Rainbow Pride Foundation (RPF) advocates for the rights of LGBTIQ+ people, ensuring they can live with dignity. RPF has hubs spread across various areas and islands in Fiji. These hubs represent LGBTIQ+ people of different identities and backgrounds, including people with disabilities, people of Indian and Indigenous descent, sex workers, and the elderly.

The lack of relief support from the government meant that members prioritized their safety over paying for their basic needs or utilities, and reallocated their income to help with repairs.

In early April of 2020, Tropical Cyclone Harold hit, causing damage to a number of islands, alongside the onset of the COVID-19 pandemic. Some LGBTIQ+ communities associated with RPF were significantly impacted by Cyclone Harold, with hub members experiencing damage to their houses and crops due to violent winds and heavy rainfall that made them lose sources of income and food. Others experienced significant flooding and power outages. LGBTIQ+ members living with disabilities found it difficult to access news and awareness resources on Tropical Cyclone Harold or COVID in sign language. Those with physical disabilities found it difficult to be transported or gain access to shelters or evacuation centres. Safety within these centres was also a concern, and many LGBTIQ+ members living with disabilities were unsure of how to access state relief. On top of all these difficulties, they also feared discrimination. With most LGBTIQ+ members working in the tourism sector, there was an increase in unemployment within the community. These members were granted access to their pension funds to assist them.

A particular vulnerable group was sex workers. A safe haven for LGBTIQ+ sex workers was severely flooded, which caused damage to their possessions, books, and other resources; while another lost its rooftop. Sex work is criminalised in Fiji, so sex workers did not apply for relief since they did not legally qualify, and because they feared for their safety. The lack of relief support from the government meant that members prioritized their safety over paying for their basic needs or utilities, and reallocated their income to help with repairs. The risk of COVID-19 and curfew restrictions meant that sex workers worked shorter hours and had fewer jobs or clients. This also had implications for their safety and security in taking on jobs.

Communities felt a loss for their cultural and spiritual traditions as a result of curfew restrictions—they were unable to fully participate in their social and cultural gatherings (prayer sessions, funerals, weddings). Their mental health was also significantly impacted, especially with the lack of family services which support sexual and gender minorities in Fijian communities. The lack of acceptance by families is often a major source of violence, trauma, and subsequent social and economic disadvantage for these individuals. Some were also forced to leave their homes, as LGBTIQ+ people were rumoured to be the reason for the COVID pandemic.

RPF collectively enhanced their capacity and resilience to conquer the various threats and crises. Some hub members used their accumulated savings to provide for other community members and create small businesses and entrepreneurial ventures to earn a passive income. Some community members resorted to farming and fishing, while others used their skills to make homemade jams, dried fruits, juices, and jewelry to sell from home and at mini-stalls at the local markets. One member used family land to grow and harvest vegetables, which he sells at a local market and also shares with members from his community. Some also prepared meals to sell to neighbors. Members of the trans and sex worker communities opened their homes to other members to ensure they had daily meals and shelter for the uncertain lockdown period.

The resilience of the LGBTIQ+ community is admirable and inspiring; however, these communities should not have to face tumultuous times alone.

Different hubs within RPF also created mental health support systems for their members, which consisted of daily virtual check-ins, and sharing of food and other resources. In August, after careful assessment of the various community hubs, RPF distributed food relief packages to community members in need around Fiji, with the support of multiple local and international donors.

The resilience of the LGBTIQ+ community is admirable and inspiring; however, these communities should not have to face tumultuous times alone. Governments must ensure that all communities are safe and secure in times of crises, and should implement laws and policies to tackle disasters with inclusivity. Immediate crisis response should incorporate an intersectional perspective to ensure that the needs of marginalised groups like RPF are met. The sensitization of mandate holders and policy makers by the LGBTIQ+ community is also vital. For sustainable solutions that incorporate the needs of LGBTIQ+ communities, their full and consistent participation and input in disaster preparedness and management processes and other crisis interventions is critical, as are public policies that help enhance their strength and resistance.