In an increasingly authoritarian world, courts are among the few spaces where ordinary people can challenge power, voice dissent, and apply independent scrutiny. 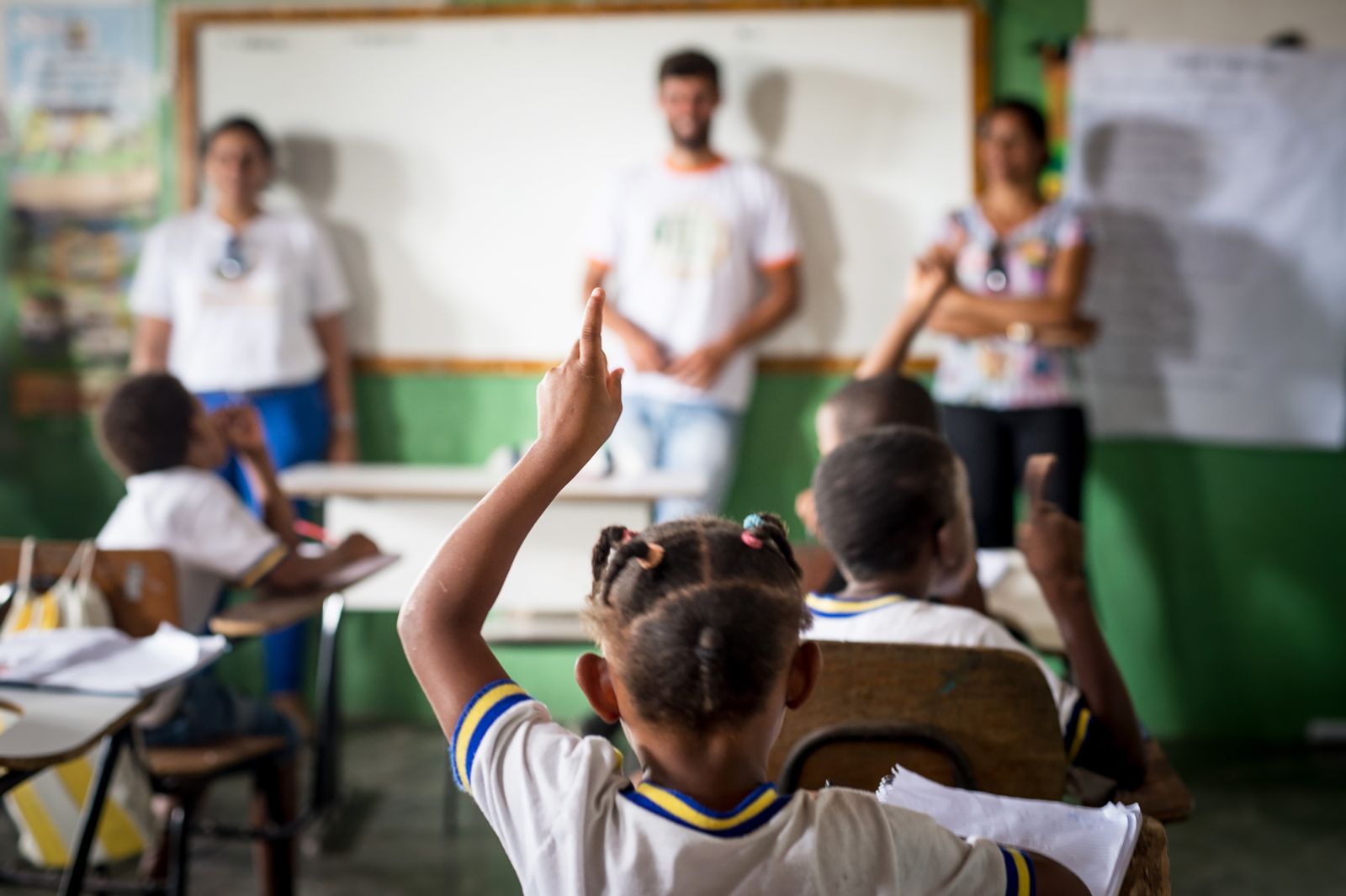 A central challenge for the human rights movement is to reconcile its core mission—the defense of disfavored minorities—with the reality that rights supporters must marshal political majorities to sustain their cause. Rights advocacy seeks legitimacy by rooting its claims in universal principles that transcend partisan politics. But advocates cannot realize their vision of a rights-respecting world without engaging in political struggles.

A quarter century ago, when “end-of-history” optimism was all the rage, these tensions were easier to elide. Now, as one proudly illiberal ruler after another wins votes, the assumption that rights and democracy are converging has become impossible to maintain.

This conundrum is especially stark for one of the rights movement’s premier tools—strategic litigation. In most countries, going to court to vindicate human rights amounts to asking un-elected judges to halt, restrain or sanction the acts or omissions of elected politicians. As majoritarian illiberalism sweeps the globe, the ideals upon which litigation is premised—respect for the rule of law, impartial fact-finding and legal accountability—are increasingly disparaged as unnecessary hindrances to the popular will.

One could hardly choose a worse moment to defend litigation as a strategy to advance rights.

But let me try.

We at the Open Society Justice Initiative recently published a four-year series of studies assessing the impacts of strategic human rights litigation in a dozen countries. Among the principal findings are that litigation has sometimes produced negative consequences; that litigators have frequently diminished, rather than uplifted, the communities with whom they work; and that litigation has all too often been pursued in isolation from other strategies for change. The complaints and criticisms are long-standing: strategic litigation takes too long. It is prohibitively expensive. Lawyers and judges in some countries are corrupt, incompetent or just unavailable.

Indeed, litigation is often too adversarial to serve productive ends. While purporting to challenge unjust power relations, rights litigation can also reinforce and legitimize “the status quo” by appealing to and operating within an existing legal system. Dedicating efforts to litigation may detract from other, potentially more effective tools of advocacy and mobilization. Yet our studies suggest that, when undertaken as part of a comprehensive strategy, strategic litigation has produced real benefits.

While purporting to challenge unjust power relations, rights litigation can also reinforce and legitimize “the status quo” by appealing to and operating within an existing legal system.

At perhaps the most obvious level, strategic litigation has brought about material results for claimants, like shuttering a segregated Roma school in Greece; increasing enrollment in child care institutions and pre-schools in Brazil; reducing the numbers of out-of-school children in India; and securing textbooks, desks, and chairs for schools in South Africa. Even in cases which initially appeared to offer little promise, as in Argentina during and shortly after its dictatorship, legal action has provided information that generated popular pressure, leading to accountability for grave crimes.

But litigation also has generated changes in law, policy and jurisprudence. Courts in Brazil and South Africa have made clear that the right to education is immediately realizable, mandating government action now. In Europe, litigation on behalf of detainees and prisoners has prompted legislative and policy change, from expanded access to counsel in Turkey to reduced prison overcrowding in Italy. Judgments associated with the landmark Treatment Action Campaign (TAC) led the previously resistant South African government to create the largest publicly-financed program in the world providing anti-retroviral treatment for the HIV virus.

Perhaps the most powerful series of impacts across the studies are the least tangible—involving changes in complainants’ own sense of empowerment and agency. A member of the Czech Roma community captured this sentiment in the aftermath of the Strasbourg court’s 2007 judgment holding for the first time that a school system discriminated on grounds of race: “Someone finally believed us. An ordinary person was able to make it to [the European Court of Human Rights] and tell the truth.”

For some who prevail in court, the positive psychological impacts of litigation can be virtually existential, even if they receive no material benefit. Respondents used words like “hope,” “vindication,” “healing,” “determination,” “motivation” and “empowerment”. For example, the leader of an anti-racism community organization in France underscored the scale of impact on an affected community’s perceptions in characterizing members’ reactions to the November 2016 condemnation of police profiling by the Court of Cassation:

For us it is not a technical matter. To win this case in court is an emotional thing….  After so many years of injustice, we won against the French government. It’s not just juridical for us. It’s that, but it’s more than that. We now believe we can win….  It’s not a matter of paying money or sending someone to prison. People who are stopped and searched don’t want money. They want dignity… They want official recognition…that what was done to them was wrong. With this ruling, the court recognized we are human beings, that ‘you are one of us.’

This array of positive impacts does not erase the costs, eliminate the risks, or minimize the need to think, consult and strategize with all affected parties before going to court. And yet, it may explain why the past three decades have witnessed an explosion of rights litigation, not only in places with a long history of such activity, but also in civil law countries which lack as deeply entrenched a tradition, from Lebanon to Egypt, Russia to Kyrgyzstan, Colombia to Chile.

The process of articulating claims, and securing rulings, framed in the language of legal entitlement and legal obligation, invokes, reaffirms and, at times, alters society’s most considered and explicit promises to itself. What judges say about the law often carries more weight than the pronouncements of a powerful NGO, an administrative clerk, or even a senior government official. It is through litigation that the implications of legal provisions are critically examined as they are manifested in the practicalities of real life. To be sure, human rights have many dimensions that extend beyond the law, but litigation is premised on the notion that those rights codified in law should be applied in practice and enforced by courts. In this sense, strategic litigation is where the human rights rubber hits the road.

As a result, litigation can be an effective bulwark against backsliding, particularly in legal systems that accord particular weight to judicial precedent. It is harder for a government to overturn a judicial ruling than to impede a public demonstration or ignore a petition. Political winds change, governments rise and fall, and popular opinion can be fickle. Court judgments are distinctive because they are legally binding: states are obligated by the force of law to respond.

Perhaps that is why strategic litigation’s principal targets have gone to great length to short-circuit, shut down or ignore judicial decisions—from the closure of the Southern African Development Community regional court following a controversial ruling against Zimbabwe, to repeated attacks on the Strasbourg court by British political leaders. From the rhetorical savaging of US judges to the removal of independent justices from the Philippines Supreme Court to Poland’s dismantling of its judiciary, courts have come under withering attack precisely because litigation has the capacity to embarrass governments, constrain their decision making, and compel them to change policy or practice.

But in an increasingly authoritarian world, courts are among the few spaces where power may be challenged, dissent voiced and independent scrutiny applied.

To be sure, strategic human rights litigation cannot substitute for political organizing and campaigning. At best, it can complement other strategies for change. But as fundamental rights come under increasing threat, litigation must be part of our response.