Civil society should embrace the opportunity to partner with new allies to foster real and enduring change. 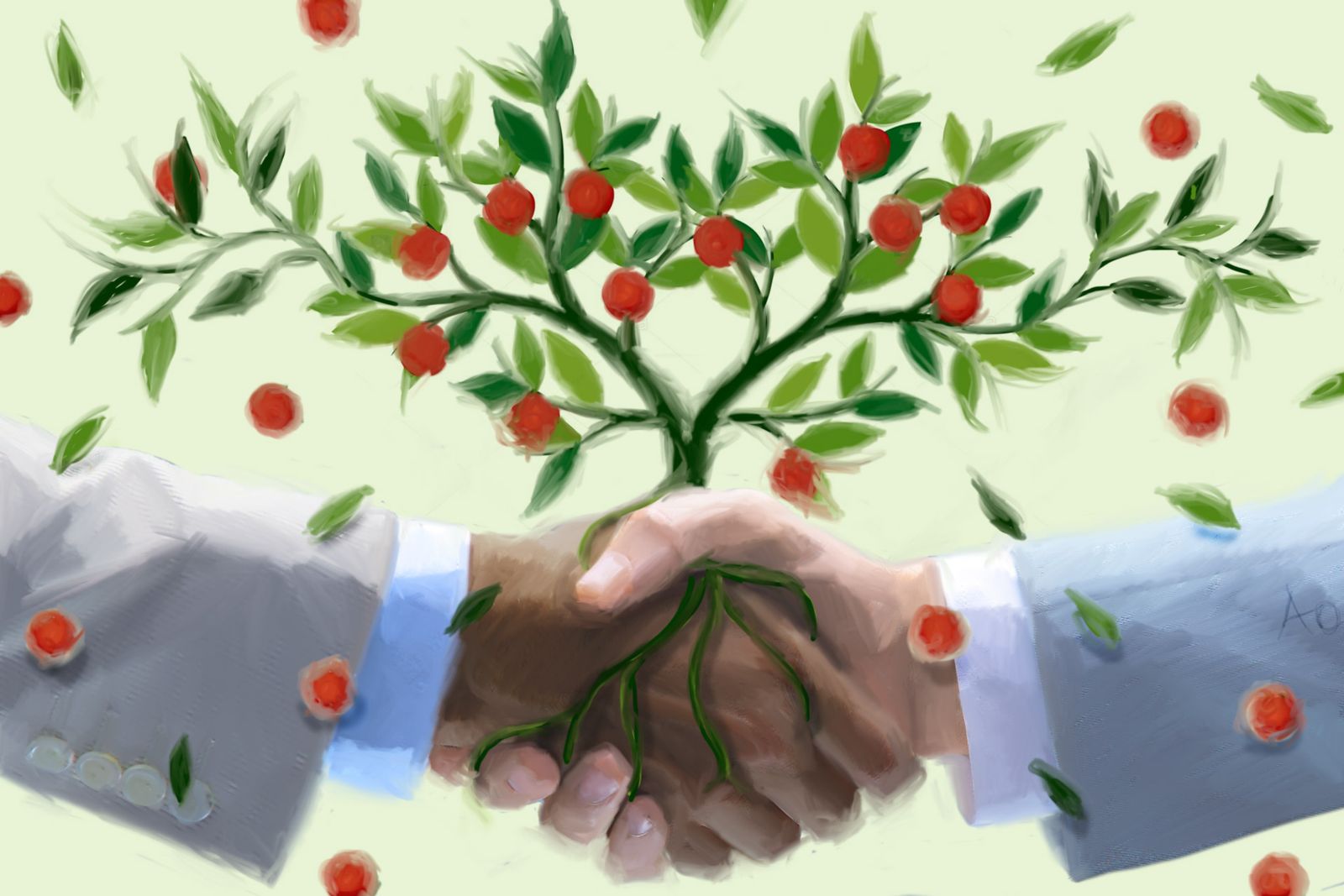 One of the ways that 2020 was a remarkable year, particularly in the finance sector, was that many of the largest and most significant investors and financiers saw their interests align with civil society advocates in the critical areas of climate and inequality. Advocates should embrace this opportunity to exert their influence with new investor allies to foster real and enduring change.

On December 7, 2020, a small hedge fund and a large pension fund — the California State Teachers’ Retirement System (CalSTRS, the world’s eleventh largest pension fund) — joined forces to nominate four dissident directors at oil giant ExxonMobil. This “proxy fight” was an example of a shareholder attack on a target that lags its peers in financial performance. This time, the attack was unusual: the activists demanded “more significant investment in net-zero emissions energy sources and clean energy infrastructure,” to “ensure the Company can not only set…carbon emission reduction targets, but also make them part of a sustainable, transparent, and profitable long-term plan focused on accelerating rather than deferring the energy transition.”

This event capped a year of unprecedented social and environmental activism among some of the world’s largest investors. The California Public Employees’ Retirement System (CalPERS, the world’s sixth largest pension fund) for the first time voted against 2,716 directors for failing to properly oversee executive pay. The New York City Employees’ Retirement System (NYCERS, fifteenth among global pension funds) launched a campaign in July that increased reporting on workforce race, ethnicity, and gender among America’s largest companies. NYCERS also requested that the U.S. Securities and Exchange Commission investigate meat processor Tyson Foods for making misleading statements regarding its treatment of workers during the pandemic.

BlackRock, the world’s largest investment advisor, documented that its votes for shareholder proposals and directors had made a real difference in corporate behavior. Since this analysis, BlackRock has greatly increased the frequency with which it uses these tools, emphasizing that climate risk, diversity and equity, and responsible corporate lobbying will be foci of its voting efforts.

The basis for this change has been the gradual emergence of the “universal owner.” Universal owners are funds so large they are forced to spread their holdings across all assets and asset classes. “Institutional investors,” pension funds, foundations, insurance companies, and the like constituted only 10% of the U.S. stock market in 1950 but they now account for 70%. Moreover, these funds are very concentrated. The ten largest investment advisors control 37% of the global asset base. BlackRock, Vanguard, and State Street own an estimated 20% of the stock of the average U.S. corporation.

A confluence of trends, marrying the rise of the universal owner with increased regulatory and societal interest in climate change, plus improvements in data and measurement of financial risk — and catalyzed by the pandemic and the George Floyd killing — marked 2020 as a tipping point for investors. They are rapidly recognizing that certain global problems negatively impact the entire economy, and therefore the entire market. One of these is climate change. A 2020 survey of European pension funds found that 54% of respondents considered the impact of climate risk in their investment decisions compared to just 14% the prior year. Underlined by the pandemic and racial unrest, inequality has joined climate change as a perceived threat to the economy and society at large, and the two are now often paired in the same sentence.

A highly diversified universal owner places far more importance on the value of its entire portfolio than on damage to any single company or group of companies. Even Amazon, one of the world’s largest businesses, comprises only a small fraction of any universal owner’s portfolio. If its investors forced Amazon to pay a global living wage with adequate benefits, it would generate a significant boost to economic growth around the world. Since the financial markets directionally follow economic growth rates, this action would improve overall portfolio returns, even though Amazon’s own cost structure might suffer as a result. That may be one reason why NYCERS, in conjunction with the Dutch national pension fund APG (the world’s fifth-largest) filed a shareholder resolution this year calling out Amazon’s spending on worker safety during the pandemic. New York City followed by signing a letter addressed to the Chair of Amazon’s Nominating and Corporate Governance Committee calling on the company to stop interfering in a union-organizing drive at one of its facilities.

Underlined by the pandemic and racial unrest, inequality has joined climate change as a perceived threat to the economy and society at large.

Not all institutional investors are universal owners, and many investors continue to engage in destructive practices. But these investors probably have universal owners as clients, and they can pressure this group as well. The Government Pension Investment Fund of Japan, the world’s largest, has expressed a preference for hiring investment advisors who prioritize long-term sustainability. The Treasurer of Illinois recently claimed that the state pension fund would “investigate” its money managers who contributed to the political campaigns of Republicans attempting to overturn the U.S. presidential election results. And two British pension fund clients of BlackRock urged the firm to vote for a shareholder resolution asking HSBC Holdings to reduce fossil fuel financing. Pension trustees are generally civil servants or mid-level corporate managers, not billionaires. They must also consider who their beneficiaries are: workers and the citizenry, to whom they owe the fiduciary duties of loyalty and care.

A significant, if not preponderant portion of investors is beginning to recognize that risks to society and the economy damage entire portfolios, and that this effect swamps any decline to individual holdings obtained by pressing for change. Human rights and environmental activists have always played an important role in identifying and elevating such risks. Universal owners are eager for useful information that activists can provide to help spotlight risk and connect corporate actions to societal and environmental harms. We are at a turning point in civil society’s attitude towards investors: should advocates continue to demand divestment and treat any conciliatory moves as “greenwashing,” or trust that investors will use company engagement to produce real reform? This is a debate worth having.

Paul Rissman spent twenty years in various asset management positions before co-founding Rights CoLab, a global platform to advance human rights. He is currently a board member of the Sierra Club Foundation.