The politicization of social protection provides opportunities to place it more firmly in the public sphere of government responsibilities, but it also poses challenges regarding the control of support mechanisms. 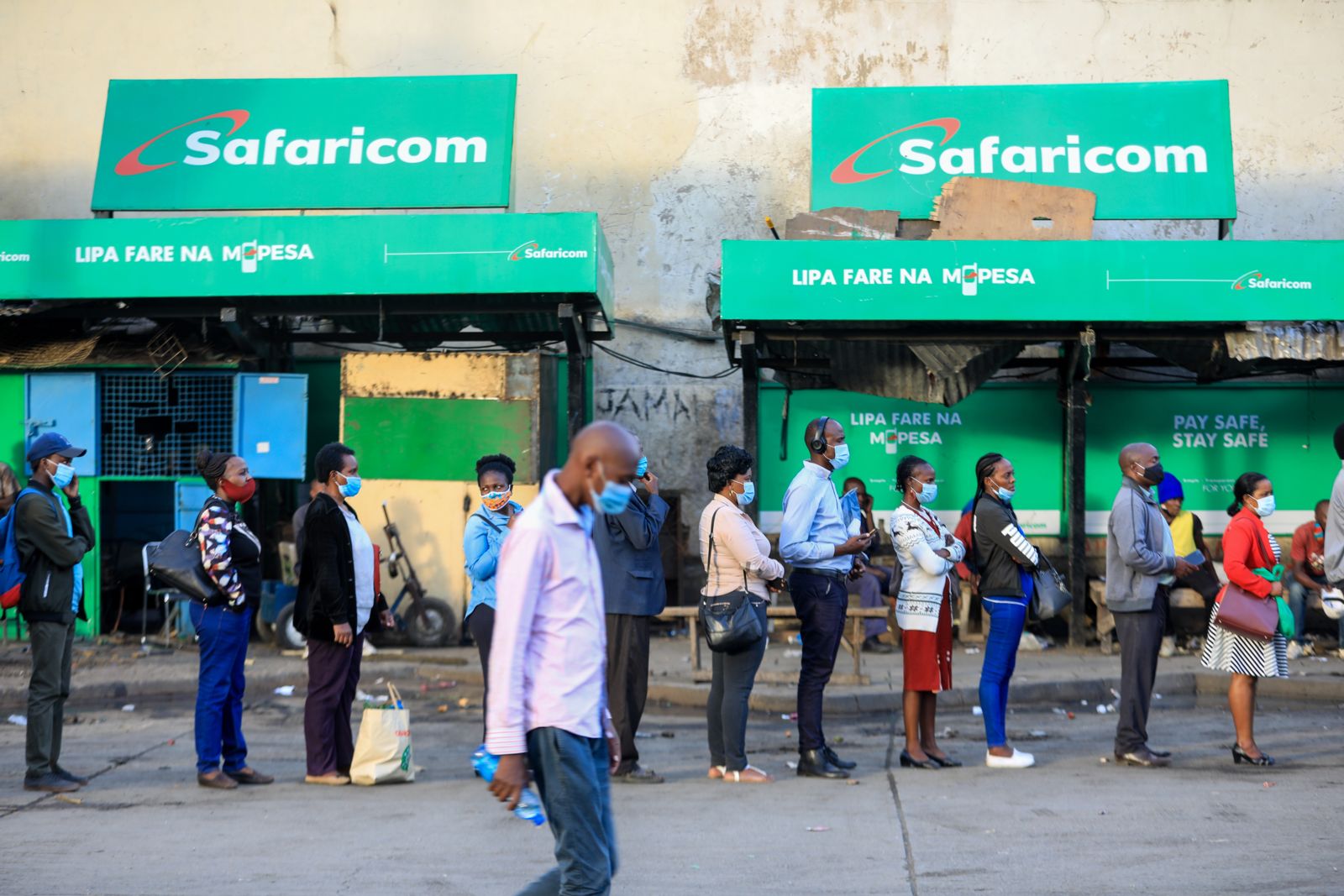 Kenyans wearing face masks as they queue in line to board public transpor at a bus stop  amid coronavirus pandemic in Nairobi, Kenya in August 2020. EFE/EPA/Daniel Irungu

The majority of African states have expanded their social assistance policies during 2020 as a result of the coronavirus’ impact on their economies. Unconditional cash transfers to target groups have been disbursed by more states and have involved higher amounts of support. Some measures targeted urban populations who were hit harder by infections, unemployment, and shrinking economic activities in general.

Currently, 40 countries have introduced new cash transfer measures during 2020. These measures have mostly been supported by international donors and by international financial institutions, but the continued need for support will also mean that the states themselves will have to address a demand for social spending during the next years to come.

The corona crisis therefore has forced unprecedented efforts to implement social security rights in the African context. These rights institutionalize systems that guarantee assistance for the poor and against shocks and livelihood risks such as disease, family disruptions, unemployment, disability, and old age. And although never mentioned in the Millennium Development Goals, social security has become an important rights-based target of the Sustainable Development Goals: “Implement nationally appropriate social protection systems and measures for all, including floors, and by 2030 achieve substantial coverage of the poor and the vulnerable.”

Nigeria, the biggest economy in Sub-Saharan Africa, is a good example of the processes at work. Before 2016, Nigeria’s social protection programs consisted largely of health assistance and conditional cash transfers. In 2016 the country developed a national strategy with the support of UNICEF and the World Bank. It consisted of a mix of child, health, and poverty-targeted measures based on insurance, public works, and unconditional cash transfers. During 2020, the cash transfer element was significantly expanded to cover a larger share of poverty groups (33% increase in household coverage).

However, also local food aid distribution has been added as a support mechanism in COVID- affected areas and in Lagos , a measure to make up for growing food deficits emerging as a result of the close of trade with neighbouring states.

Apart from principled human development and human rights purposes quoted in the 2016 Nigerian strategy, the 2020 response was introduced to mitigate social unrest, the fall in oil prices, Nigeria’s all too important export, and the general contraction of the economy that threatens social stability.

The government therefore has enhanced its collaborative efforts with the private sector and with NGOs in order to curb what it perceives as risks undermining social stability. At the behest of the government, the corporate sector has embarked on unprecedented CSR strategies and the Catholic Church has become one of the major NGOs engaging in the health sector.

In Uganda and Kenya, social protection measures earlier financed by international donors have now partly been taken over by domestic governments. Social protection has become a right in Kenya.

An important vital factor in the implementation of COVID-19 in North Africa was the roll out of social security support for citizens and support mechanisms aimed at those businesses most affected by the crisis, for instance, the SME sector. The social support accompanied the health restrictions.

Social security institutions played an important role in developing these policies. Across the region, the respective states have been in control of social security measures while NGOs seem less important. International donors have contributed, but not to the same degree as in Sub-Saharan Africa. In Morocco, the government has supported about half of the informal sector. In Tunisia, social unrest prevailed despite social security efforts. Nationwide strikes and protests have occurred throughout 2020 and during February 2021.

So far it seems that domestic corona-related drivers are more important than the Sustainable Development Goals in motivating government social protection initiatives in the recent African context.

The social pressures, not least unemployment among the urban youth, are a strong motivating force. Unemployment insurance barely exists in the African context. In Ethiopia, employment  plummeted by 15 percentage points during April-May in 2020. Only four states in Africa have introduced unemployment support, while thirteen countries have embarked labor market support such as wage subsidies in order to retain the workers in jobs.

However, generally the de facto non-existence of unemployment support also necessitates other mechanisms of economic livelihood assistance such as cash transfers in order to mitigate social unrest.

The politicization of social protection provides opportunities to place it more firmly in the public sphere of government responsibilities, but it also poses challenges, especially regarding the control of support mechanisms. For instance, implementation processes might be subject to corruption and partisanship.

Governments are challenged by having to balance collective and rights-based action at the local levels with objectives of retaining control at the central level.

Two blind spots in the new social protection programs deserve attention. Migrants remain a mostly ignored factor in the social protection discussions. They are usually excluded from social assistance due to their transitory status, while their vulnerability is prominent. With the COVID-19 restrictions, migrants fall between returning to their countries or villages of origin or staying where they are. Their presence in the physical or social border zones can be a vehicle for social cleavages.

Another factor is corruption. Clients may cheat in various ways despite elaborate control mechanisms set up energetically to counteract fraud. However, corruption in the distribution of benefits in the present African context is not well documented. The existence of nepotism and allocation of the basis of partial interests has not received sufficient attention in the otherwise up to date work of the World Bank.

Governments are challenged by having to balance collective and rights-based action at the local levels with objectives of retaining control at the central level. The contours of these balancing forces have barely begun to emerge. Clients of support mechanisms are for instance invited to provide grievance in the case of fraud or nepotism. These local social accountability monitoring mechanisms are potentially important instruments of empowerment.

In conclusion, more than ever before, social security rights have become an element in the build-up of new or intensified assistance relations between states and citizens in many parts of Africa. Overwhelming numbers are left behind in poverty and in situations of uncertainty. Instability of employment and livelihood are the companions of the virus. Governments have responded to the risk of social unrest by expanding the level and composition of social security support sometimes with the aid of donors, but also as a feature of domestic policy. These developments have implied a consolidation of social security rights and cash transfers for the vulnerable populations. This is a feature which is important presently, but potentially also in the longer term: the new gains in social security rights may be hard for the African governments to abandon once the threat of the pandemic has lessened.

Hans-Otto Sano, a senior researcher at the Danish Institute for Human Rights, is a specialist in human rights and development issues and holds a PhD in economic history. He has undertaken extensive research work in West and Eastern Africa on poverty and human rights-based approaches.