The question of whether or not to engage with perpetrators of human rights violations is an extremely tricky one. In my own recent experience of trying to work with police and military personnel in Nepal and Sri Lanka, two countries where state officials routinely use torture and violence, I found myself deeply conflicted.

Coming from a background of “name and shame” human rights advocacy, this project was difficult for me and my team. As one of my Sri Lankan colleagues put it, he had seen police and military as evil for so long that he found it deeply disturbing to develop relationships with individuals within these institutions and discover that he actually liked them. All of us engaged in the field research had occasion to enjoy meals, outings, visits to family and leisure time with people who, if not themselves directly responsible for torture, were certainly part of an institution that condoned and practiced it. This certainly complicated our positions; if these were ordinary—even likeable—people much like us, then how could we be sure that we weren’t ourselves capable of violence if operating within the same environment? At the same time, not everyone within these institutions did engage in violence. We met army and police personnel who had left precisely because they could not condone the use of torture. This suggested that the environment was not determinative. There was room for human agency too.  . 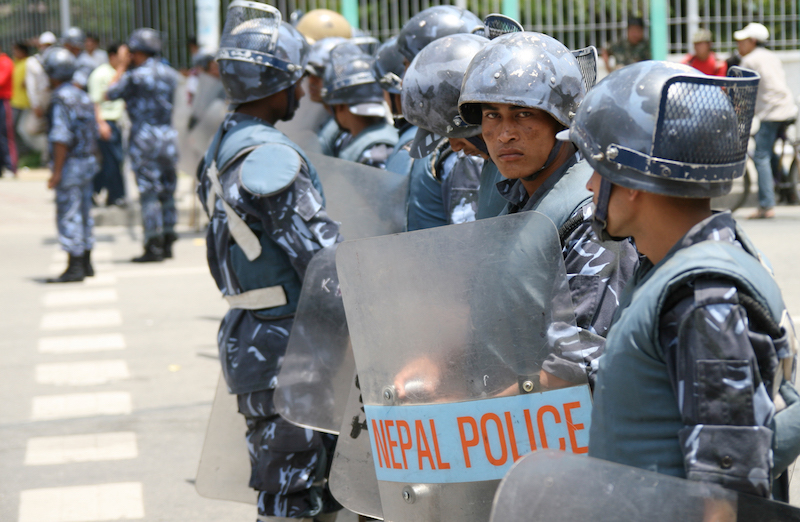 It is pointless trying to convince police that using violence against suspected criminals is wrong within a context that does not question the beating of a child to make him/her a “good person."

What this experience highlighted for me was the importance of the type of ethnographic work that we and people like Rachel Wahl, along with a number of others (e.g., Beatrice Jauregui, Julia Hornberger , Andrew Jefferson and Steffen Jensen, and Mika Haritos-Fatouros) have sought to do. Without this work, we cannot formulate effective strategies that might actually reduce or prevent violations in the future. Instead, we will continue to reproduce the same responses that might make us feel like we are doing something, and give us the satisfaction of righteous indignation, but in fact will lead to little real change.

At the same time, and perhaps somewhat paradoxically, while I advocate for the importance of conducting this research, I do not believe that activists should focus their energies on perpetrators. Coming out of the project, I am convinced that trying to work directly with torturers—potential or actual—is a flawed approach for a number of reasons.

For human rights activists to focus on working with perpetrators means we believe that the way to achieving justice is for us to intervene on behalf of others and convince people with power to act more benevolently. This is a deeply depoliticising project. It keeps power in the hands of “experts” and authorities and leaves victims of violations passive objects to be saved rather than empowering them to speak for and protect themselves.

It is therefore vital for the focus of human rights activism to remain on working to ensure that those who have long been excluded and oppressed are able to access the power to claim and defend their own rights. It is not incidental that in both Nepal and Sri Lanka the vast majority of torture is committed against the most marginal members of society: street children, drug users, sex workers and the rural poor. Our own research, as well as my work with Vidura Munasinghe and that of the Asian Human Rights Commission found that the people most frequently subjected to police violence and ill-treatment were those who the authorities felt no one cared about—or at least no one with any influence; or worse, the victims were people that the police felt community pressure to punish. For example, in 2014, footage of a police officer publicly beating a sex worker in a small town in southern Sri Lanka went viral. When human rights lawyers helped the woman file a fundamental rights case against the police, the police officer was suspended. This led to protests in the streets of the town by “concerned decent citizens” in defence of the police officer. This suggests that while there may be condemnation of police torture, it is far from universal and may well depend on whether the alleged victim evokes sufficient public sympathy.

The torturer and his (or her) environment represent the tip of the iceberg: the extreme end of a continuum that makes their violence possible—the key to prevention does not lie in changing their minds. To focus on this extreme end in fact detracts attention from the more mundane, less-remarked-upon pervasive cultures of violence that lead to or at least permit this kind of behaviour. It also too easily lets the rest of us off the hook through the creation of the “bad guy” who is separate from the rest of society.

In fact, a key finding of our research was that while the concept of “human dignity” is often invoked to explain why torture is wrong, there has rarely been discussion of what people mean when they talk of “dignity”. In the case of both Nepal and Sri Lanka, it was a widely held belief—not just among police and military but many members of society – that certain sections of the community had less or even no dignity depending on their backgrounds, actions and behaviour. Moreover “instilling dignity” was in some cases seen as a legitimate reason for the use of physical force. To understand why the police used violence we also needed to understand why parents, religious leaders, school teachers, and even nurses in maternity wards, used insults, humiliation, threats and sometimes physical force against those in their care. It is pointless trying to convince police that using violence against suspected criminals is wrong within a context that does not question the beating of a child to make him/her a “good person”. Instead it suggests that we need to start by countering the everyday beliefs that facilitate the development of violence-permissive attitudes and environments.

The demonization of particular groups—a process for which we are all responsible—makes them more vulnerable to ill treatment.

Meanwhile one senior retired army officer I interviewed in Sri Lanka remarked, “If the world tells people that a terrorist is an inhuman bad guy who has done all this terrible stuff, this is drummed into their heads, when [soldiers] catch a terrorist they can’t see this person as human, as fit to live. How can we then say he should be treated okay?” The demonization of particular groups—a process for which we are all responsible—makes them more vulnerable to ill treatment.

Researching and understanding the perspectives of perpetrators is a necessary if extremely challenging task. But for activists, our commitment must be broader and more ambitious. Trying to shift the beliefs and practices of a few perpetrators—actual or potential—will not work on its own, nor will it change the status quo. To live up to the utopian claims of the human rights project requires more of us: working to create a society in which all members are not just said to have equal dignity and worth as human beings but in practice have equal ability to assert and protect these. This may not see the complete end to practices like torture, but it would be a good start.

Kiran Grewal is a senior research fellow at the Institute for Social Justice, Australian Catholic University. Her current research focuses on the relationship between international law and grassroots social justice struggles in post-conflict settings.