The stigmatization and “othering” we’ve seen in Trump’s campaign will perpetuate systemic inequalities.

Without downplaying the potential impact of a Trump presidency on foreign policy, renewed acceptance of torture as well as the potential impact on climate change, I fear for society at large. A president-elect who ridicules and denigrates migrants, Muslims, Hispanics, women, persons with disabilities and others sets an example. He gives the impression that such behavior and such attitudes are acceptable. His remarks promote ideas of the superiority of some and inferiority of others, based on a socially constructed divide between “us” and “them”.

There is nothing new about racism, sexism and fear of the “other” in US society. It is deeply entrenched. What is new is that the man elected to the highest office institutionalizes and formalizes such attitudes. He legitimizes “othering” and stigmatization. One of the possible explanations for the misleading polls is that voters who declared they were undecided were in fact planning to vote for Trump. They might have felt it was socially unacceptable due to societal norms that condemn xenophobia and misogyny. That “discomfort” is now gone—xenophobia and misogyny have gained more formal and societal acceptance.

Xenophobia and misogyny have gained more formal and societal acceptance.

We already witness how these attitudes are being acted upon in anti-Muslim, anti-Semitic and racist assaults and attacks. Trump’s half-hearted attempt calling for a stop of such attacks means nothing when at the same time he appointed Steve Bannon, a white supremacist, as chief strategist in the White House. 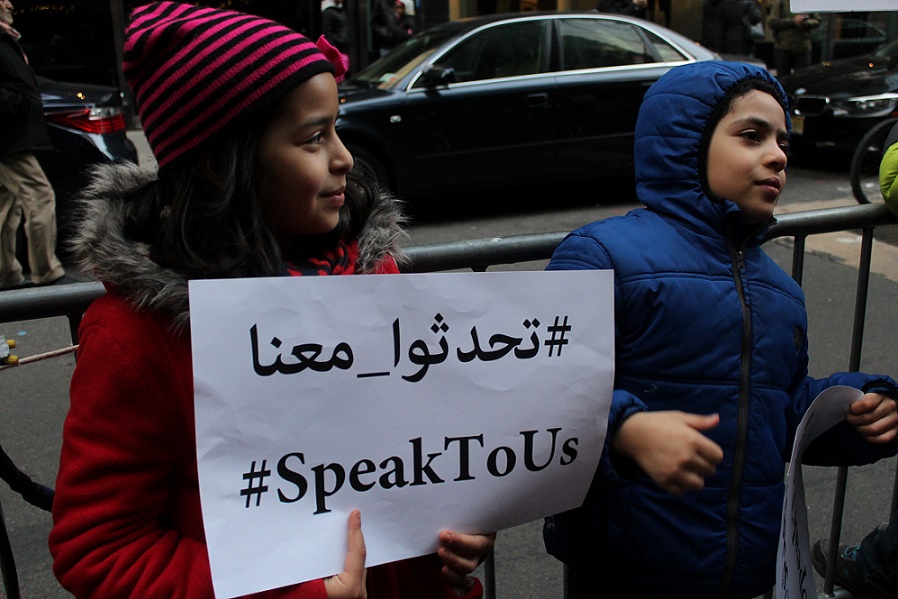 However, these norms do not get the necessary attention in the context of human rights advocacy. We need to devote much more attention to the role stigmatization and “othering” plays in perpetuating discrimination and human rights violations—not just in obvious ways but also in hidden and subtle prejudices. Human rights reach into society and even into the private sphere. Stigmatization and “othering” provide a rationale and antecedent to discrimination. They are often insidious and not directly visible, but they produce and perpetuate systemic inequalities. Human rights advocates and scholars have started to pay more attention to these processes, and this is now more urgent than ever.

Human rights in the private sphere start by addressing racist and other degrading comments in our personal relationships, whether in face-to-face conversations or on social media. It starts by responding to harassment we witness in public spaces. It includes responding to media outlets that spread prejudices and stereotypes. In particular, we need to identify and point out how institutionalized, societal and “everyday” racism, misogyny, xenophobia and other forms of stigmatization reinforce each other. International human rights bodies can play an important role in this regard by making the above mentioned norms more concrete and applying them to particular situations. We need to acknowledge the new realities, but we must not accept them as the new normal.

We also need to realize that although the result of the election is new, the realities of many people who voted for Trump are not. The fact that hardly anyone of the liberal elite expected this result shows how deep the divide is. People who perceived voting for Donald Trump as the best choice, as a result—even if not voting for him because he is racist—are condoning his racism. At the same time, Trump voters—as everyone else—have multiple, intersecting identities that a party system with only two choices may fail to represent.

Racism—and condoning racism—is deeply deplorable. But dismissing an entire demographic as “deplorable”, or using deeply derogatory terms such as “white trash” or slightly more subtle terms pointing to the insignificance of vast regions such as “flyover country”, is also stigmatizing. Such behavior also fails to offer an alternative to the fear of the “other” and scapegoating. Acknowledging and addressing that white communities feel left behind, alienated and disaffected, and seeking to understand their motivations does not mean taking racism, xenophobia and misogyny any less seriously. It means that we leave our bubble and start working on addressing the causes that may lead people to vote for a populist. Above all, this must include policy responses that address very real inequalities and disadvantages. I agree with Moyn that human rights do not have all the answers for addressing inequalities. However, human rights understood in a comprehensive way that encompasses substantive equality and socioeconomic rights can go a long way in doing so.

At the same time, a focus on addressing economic inequalities falls too short. Commentators have suggested that middle and upper class white voters were significant in Trump’s election and that resistance to social and demographic change had a substantial influence on their votes. This makes resistance to any form of intolerance, stigmatization and hatred all the more important. When we can no longer count on the president of the United States to call out racism, sexism and other forms of hatred, it is upon all of us to do just this to a much larger extent. A “rape culture” on US college campuses is not acceptable despite the president-elect’s comments on sexual assault. Nor can we tolerate suspecting people of crimes because of their race or ethnicity. Racism and other forms of hatred against certain groups are violations of human rights in themselves, and lead to further human rights violations. In a way, the fact that there is nothing subtle and invisible anymore about racism and sexism makes it easier to call it out. We must not be silent. We will not be silent.