The greatest value of international human rights law has been as a language for people, communities, and social movements to use to demand respect for their human rights. 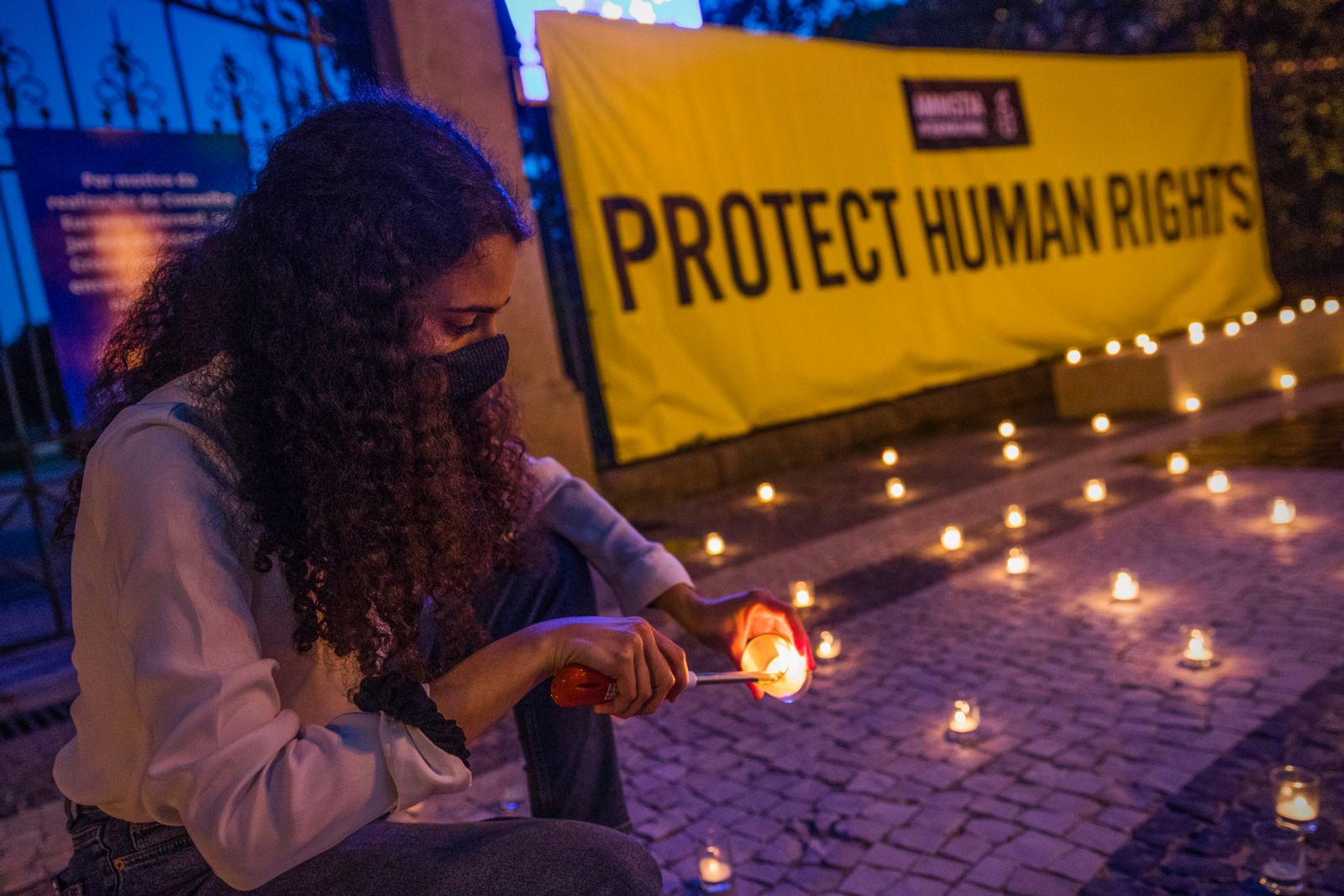 A woman in Porto, Portugal, lights a candle during a vigil for the protection of human rights in India on 06 May 2021. Amnesty International is promoting a vigil to 'pressure the Indian government to end the repression of people who defend human rights, as well as all dissidents of opinion in that country'. EFE/EPA/JOSE COELHO

When scholars and practitioners of human rights gather to diagnose the health of human rights, as a group of us did at the conference that sparked this series, we tend to plunge straight into our critiques, using the terms “human rights,” “human rights movement,” and “human rights project” as if we agree on what they mean. But because we do not start with a common, explicit understanding of those terms, we can end up missing the point.

This essay raises questions that progressive critiques of human rights provoke. Critics of the right have long attacked human rights as being unrealistic and unenforceable norms and inappropriate intrusions on state sovereignty. I care about the critiques from the left that say that human rights fails to achieve–or prevents better approaches to achieving–progressive goals.

For most critical scholars, “human rights” means the complex array of legal instruments, formal institutions and mechanisms, international and domestic, and non-governmental organizations (NGOs), based in Europe and North America, that have developed since 1945. Their critiques are based on the ineffectiveness of those structures, processes, and practices to achieve greater respect for human rights and more security and well-being for the world’s vulnerable and marginalized people. But does the work of advocates suggest that there is more to human rights than those structures?

The fundamental question is whether the weaknesses and failures of human rights are inherent or a result of how the most prominent actors have deployed them.

A central theme of this series, derived from David Kennedy’s work, is whether human rights are “part of the problem.” But the question has an ambiguity at its heart: Do “human rights” play a causal or enabling role in the pain, suffering, and deprivation of the world? Have “human rights,” as many critics argue, sustained the status quo and, in particular, propped up or, at least, tolerated the unfair economic arrangements of neoliberalism? Or have they diverted our efforts from other potentially more effective modes of progressive change? Or are we simply recognizing that the human rights project has not accomplished much in improving people’s lives?

The fundamental question is whether the weaknesses and failures of human rights are inherent or a result of how the most prominent actors have deployed them. By focusing largely on the institutions, legal processes, and NGOs based in the Global North, and on the professional actors who occupy and use these institutions and mechanisms, both critics and advocates have tended to neglect the central, historic path of the use of human rights.

For critics, the result is a remote and distorted account that facilitates their familiar critical tropes and an account that neglects a more vital human rights story. For practitioners, the result can be an over-reliance on formal institutions and processes that contributes to the failures to which critics point.

Human rights’ power for such demands has derived partly from the validity they acquired as law, widely recognized and adopted by the nations and people of the world, whether or not one believes their content has achieved universality. They are no longer just contestable moral claims.

By focusing on the formal institutions and professional actors of human rights practice, critics ignore those who resist and protest and make their claims against power in language demanding respect for their human rights. And professional practitioners, through the same habit of focus, shift attention and resources from more popular invocation of human rights and give critics fodder for their sweeping discontent with the field’s professionalization and legalization, and its inaccessibility to social movements.

Can human rights redeem its fundamental value? It will require engaging in tough dialogue between progressive actors of the Global North and South to achieve a more genuine consensus about what are universal rights. It will require believing that economic and social rights are real and focusing creative effort on enforcing them. Ultimately, if we focus on the normative content of human rights, not its machinery, what would the critics jettison as providing undergirding for capitalism, colonialism, and the status quo? Nothing or very little.

The vital core of human rights remains the relatively few things that every human, no matter where or when, needs to be safe, secure, and able to participate in community life and politics. Greater success in that already-stupendously difficult endeavor would provide more fertile soil from which individuals and communities could build the movements that will be necessary, in particular, to address the most urgent issues we face: climate change and global and local inequality.

Christof Heyns, whom we lost recently and too soon, gave us the useful wisdom of his “‘struggle approach’ to human rights,” which describes human rights as “guides to action and triggers of resistance against what is perceived as the illegitimate use of power, in particular state power. As such, human rights is a potentially revolutionary concept.” In Heyns’ conception, the content of human rights comprises those  few values people have found worth struggling for in acts of resistance that eventually become widely understood to be legitimate. It is not hard to imagine resistance to wealth inequality and the effects of climate change achieving the status of rights that, as Heyns noted in 2001, struggles for gender equality and LGBTQ rights had achieved.

Change requires social movements, and human rights practice needs to find ways to foster and support them, globally and locally. A key part of Alston’s call for a response to “the populist challenge to human rights” is deeper engagement between the human rights establishment and grassroots movements. In his reply to Alston, Ron Dudai calls for reconnecting “human rights with social movements’ struggles on the ground,” connecting with groups that have more radical aims of reorganizing political and social arrangements to diminish concentrations of wealth and power. Dudai adds, the “litmus test for critical human rights scholarship is to ask whether its authors spend time talking with human rights advocates and with the victims of abuses before crafting their critique.”

David Kaye said at the conference that “human rights law had provided a vocabulary and set of enforcement tools for justice claims, for solidarity, and for normative change.” The enforcement tools are weak, but for people demonstrating in the streets of Haiti, Myanmar, Russia, and Hong Kong, Rohingya refugees speaking out in camps in Bangladesh, and Black people demanding police accountability and reparations in the United States, human rights is not a useless, liberal, elite, formal instrument that serves the status quo, but a powerful language for making demands for justice and respect.