In the age of the internet, online human rights activism needs to be supported—and protected—as a vital part of the cybercommunications ecosystem. 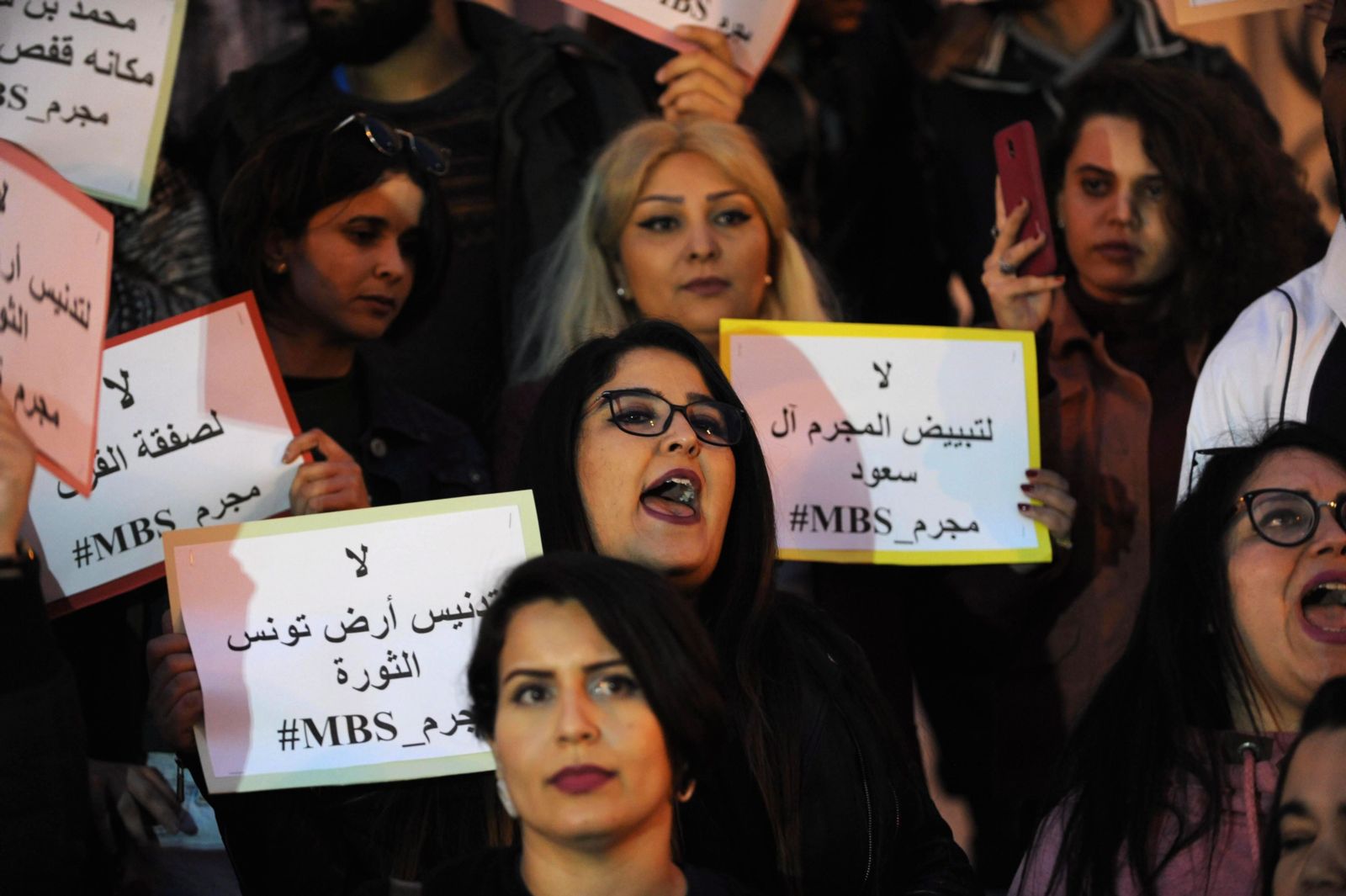 Governments in every region of the world are criminalizing human rights activism. They do it by prosecuting protest organizers, journalists, internet activists, and leaders of civil society organizations under laws that make it a crime to insult public figures, disseminate information that damages “public order,” “national security,” and “fake news.”

In the Gulf region and neighbouring countries, oppressive governments have further weaponized their legal arsenal by adopting anti-cybercrime laws that apply these overly broad and ill-defined offline restrictions to online communications.

In an age when online communications are ubiquitous, and in societies where free press is crippled, laws that criminalize the promotion of human rights on social media networks and other online platforms undermine the ability to publicize and discuss human rights violations and threaten the foundation of any human rights movement.

In May of 2018, for example, the Saudi government carried out mass arrests of women advocating online for women’s right to drive. Charged under the country’s cybercrime law including article six which prohibits online communication “impinging on public order, religious values, public morals, and privacy,” these human rights activists were detained, tortured, and received multi-year sentences for the “crime” of promoting women’s rights.

There is certainly a necessity to address the prevalence and impact of cybercrimes but without criminalizing people who speak out for human rights.

European countries and the United Nations (UN) have encouraged states to adopt a standard approach to addressing crimes committed with online technologies ranging from wire fraud to financing terrorist groups. The Council of Europe issued a 2001 regional convention on cybercrime, to which any state may accede, and the UN is promoting a cybercrime treaty.

Common standards can prevent the abuse of online technologies by enabling  the sharing of online evidence and promoting accountability since the evidence of online crimes often resides on servers outside the country where the harm occurred or where the wrongdoers reside.

The regional model cybercrime law drafted by the United Arab Emirates and adopted by the Arab League in 2004, follows international guidance. However, it incorporates a regional twist and includes provisions that criminalize online dissemination of content that is “contrary to the public order and morals,” facilitates assistance to terrorist groups, along with disclosure of confidential government information related to national security or the economy.

UN experts reviewed the UAE law and gave it a seal of approval, noting it complied with the European convention, ignoring the fact that  UN human rights experts have documented repeatedly that governments use such restrictions to crack down on dissent. A UN-sponsored global cybercrime study, published in 2013, similarly soft-pedaled the threat of criminalizing online dissent by noting that governments had leeway to protect local values. Such protection does not extend to speaking up for universal rights like equality and democracy.

Actually, the universal right to freedom of expression protects online content, and limitations must meet international standards of legality, legitimacy, necessity, and proportionality. In our recent report on the use of anti-cybercrime legislation throughout the Gulf region and neighbouring countries, we found that over an 18-month period (May 2018-October 2020), there were 225 credible incidents of online freedom of expression violations against activists and journalist in ten countries: Bahrain, Iran, Iraq, Jordan, Kuwait, Oman, Qatar, Saudi Arabia, Syria, and the UAE. Each country has adopted  anti-cybercrime laws except Iraq, where lawmakers’ drafts of proposed legislation have been met with stiff opposition from domestic and international human rights groups.

The international community needs to increase pressure on the Gulf region and neighboring countries to comply with their international obligations to protect freedom of expression off and online. Turning away from the clear evidence that oppressive governments are expanding the reach of criminal law to stifle online human rights activism undermines legitimate international efforts to address cybercrime.

How can we trust the UN to safeguard the voices advocating online for human rights and democracy in a region that so desperately needs both, if it fails to insist human rights safeguards be written into the regional and national cybercrime laws it champions?

In the age of the internet, online human rights activism needs to be supported—and protected—as a vital part of the cybercommunications ecosystem. In the Gulf region, defenders of human rights pay an untenable price for their work, risking arrest, torture, and even death. It is time to reverse the trend while there are still defenders left.

One of the women human rights defenders in Saudi Arabia said before she was imprisoned, “If the repressive authorities here put behind bars every peaceful voice calling for respect for public freedoms and the achievement of social justice in the Gulf region and neighboring countries, only terrorists will remain out.” History has proven the truth of her words, as most of the individuals who led terrorist groups with a global reach have come from this region and have caused, and still cause, chronic problems for the whole world.

The important lesson that we must learn here is that repressive governments foster a destructive dynamic of expansion and intensification of human rights violations. Repressive governments cooperate with and look to one another for strategies and tactics. Further troubling is that what we see in the Gulf region is enabled by the essentially unconditional support provided by some Western governments, especially the US and UK. This toxic template of Western support to governments that oppress their own people constitutes a threat to world peace and prosperity and must be addressed.

Laurel E. Fletcher is a professor at Berkeley Law School where she is a faculty director of the Miller Institute for Global Challenges and the Law and co-director of the International Human Rights Clinic.

Khalid Ibrahim is the executive director of the Gulf Centre for Human Rights.