The history of the American Electoral College demonstrates the importance of combating violators of human rights and the institutions supporting them.

Donald Trump’s road to the presidency has been many things, but above all it has been complex. His victory reveals a great deal about the relationship between institutions and human rights violations, and the history of the Electoral College demonstrates the importance of combating violators of human rights as well as the institutions that support them.

As benign as this institutional arrangement may seem, [the Electoral College's] history is steeped in a legacy of slavery, discrimination, and racism.

The US is a representative democracy in which presidents are elected through a unique combination of popular votes and electoral votes. Individual citizens determine the former, whereas electoral representatives from each state decide the latter. Currently, the Electoral College consists of 538 votes: 100 for senators, 435 for congressmen, and 3 for the District of Columbia. The first presidential candidate past 270 votes wins the presidential election regardless of the popular vote. So, for example, in this election Hillary Clinton won the popular vote by anywhere between 1.5 to 2 million votes, but Mr. Trump ultimately won the election by collecting the majority of electoral votes. Defenders of the Electoral College argue that the system insulates the executive branch from the whims of an uninformed public, and balances power between sparsely populated rural states and densely populated urban states. However, as benign as this institutional arrangement may seem, its history is steeped in a legacy of slavery, discrimination, and racism. As a result, in practice, it systematically undervalues minority voters.

The election of Barack Obama in 2008 demonstrates the potential for anyone—regardless of race, ethnicity, or background—to aspire to the US presidency. However, President Obama’s success at the polls should not distract from the fact that the Electoral College has traditionally been, and continues to be, institutionally biased toward rural, white voters. 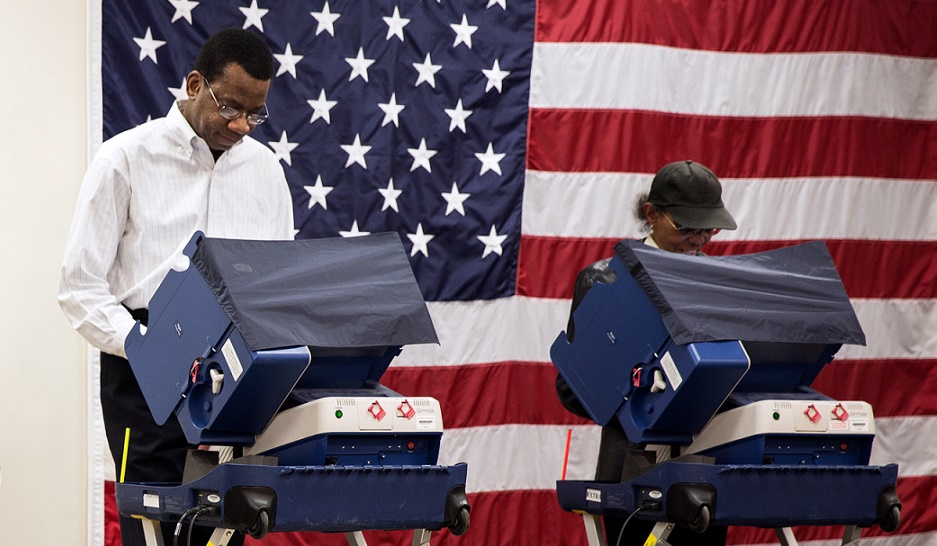 The Electoral College was founded upon, and may continue to enable, the political marginalization of the United States' minorities.

At the 1787 Constitutional Convention in Philadelphia representatives from southern states found themselves at a disadvantage vis-à-vis northern states due to the fact that fewer voting-eligible citizens resided in the South. With this in mind, the three-fifths compromise—which allowed southern states to count slaves as three-fifths citizens—was created as a means of increasing southern representation in congress. Similarly, each state, regardless of population, was allotted two senators. In this sense, the Electoral College was part of a clever scheme fashioned by southern states to balance power between the North and the South. After the dust had settled in Philadelphia in 1787, southern states left the negotiating table with 33% more representatives in congress than if slaves had been ignored. While this arrangement has been restructured since, this original configuration institutionalized a deep imbalance between rural states and urban states that systematically favors rural, white voters.

In the 20th century, millions of Americans left the countryside for the city. However, one of the biggest shifts took place between 1916 and 1970 when millions of African Americans left the South. At the turn of the 20th century, 90% of Blacks lived in the South but by 1970 less than 50% did. Most left with the hope of settling in areas where they could sit in the front of the bus, access quality education, take out loans to buy houses or start businesses, and vote.

Similarly, by the 20th century, many Native Americans had begun to leave reservations in search of work and a better life in cities. Asian Americans, many of whom had lost their land during WWII, also relocated to urban areas. Hispanic ranchers and farmers faced a similar fate. Following the Treaty of Guadalupe Hidalgo in 1848, in which half of Mexico was annexed into the US, Hispanics found it nearly impossible to access loans to operate their farms and ranches. As a result, they too left in droves for the cities. They had no choice.

The mass exodus of minorities out of rural areas should have penalized rural states by reducing their share of electoral votes, but it did just the opposite. As a result of migration out of rural areas, the Electoral College currently overvalues rural states at a rate of roughly 3 to 1. And while many Whites have left rural areas as well, as a percentage of their population, minorities make up a much larger percentage of rural-urban migration flows. In effect, the four groups that most heavily support Democratic candidates—Blacks, Hispanics, Asians, and Native Americans—now find themselves living in densely populated states where electoral votes are undervalued compared to rural states. For example, if one were to move from Wyoming to California the weight of his or her vote would lose nearly 66% of its value. As Graph 1 shows, in this election Wyoming was given 1 electoral vote for every 187,875 residents. In turn, California was given 1 electoral vote for every 677,344 residents.

The Electoral College is an institution rooted in colonial politics. It was designed to exclude minority voices, and true to its original purpose, it continues to suppress minority votes. Critics may argue that Hillary Clinton failed to round up as many voters as Obama in 2008 and 2012. However, as Mrs. Clinton’s lead in the popular vote approaches 2 million, it is becoming evident that she didn’t lose the 2016 election so much as she failed to win the right combination of states. Clinton handily won California (total minority population of 61.5%) and New York (43.5%), barely lost Florida (42.2%), and racked up more votes in Texas (56.5%) than President Obama. Together, these four states account for 33% of the nation’s population and an increasingly larger percentage of the nation’s minorities. However, Clinton lost traction in Michigan (total minority population of 24.2%), Pennsylvania (22.1%), Ohio (19.9%), and Wisconsin (17.8%), and as a result, she lost the election.

It is too late to turn back the clock. On January 20, 2017 Donald Trump will become the 45th president of the United States. The real question is how advocates of democracy and human rights will respond. Change.org’s petition to pressure electors to cast their votes for Clinton—something they are legally entitled but unlikely to do—is certainly a move in the right direction. But it doesn’t prevent the possibility of this happening again. In determining the leader of the world’s lone superpower every four years, the Electoral College has the potential to change—for better or worse—the advancement of democracy and human rights everywhere. In the future we must give up the notion that the past is the past. Institutions are structured by history, and in order to secure democracy and human rights moving forward, domestic and international actors must place more attention on deconstructing discriminatory institutions. The American Electoral College would be a good place to start.

Benjamin James Waddell is an Assistant Professor of Sociology at Adams State University and teaches in the areas of racial and ethnic relations, education, social psychology and social inequality.