The internet freedom community is best placed to navigate the balance between cybersecurity and cyber sovereignty, but it needs support from democratic countries and corporations. 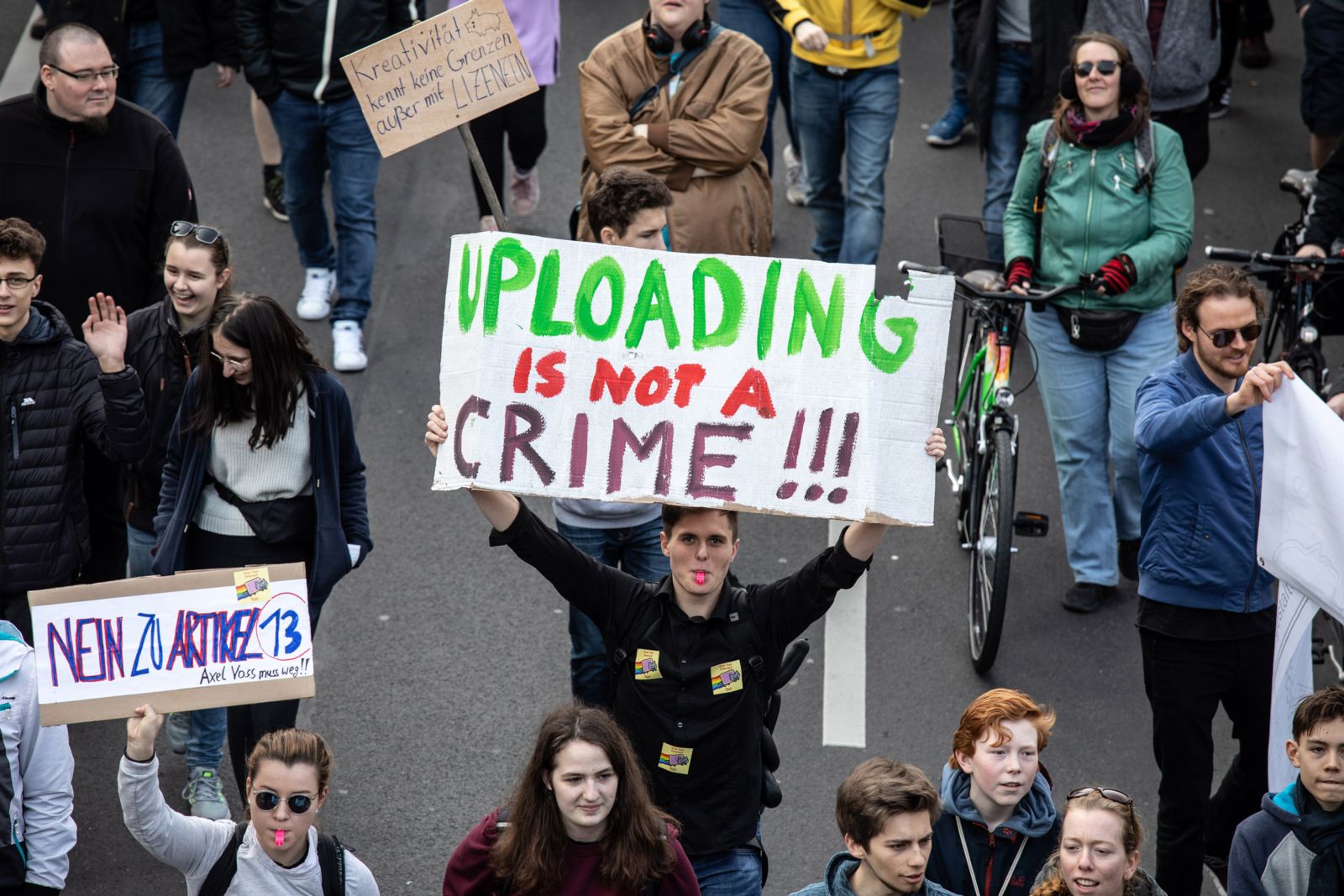 A protestor holds a banner reading 'Upload is not a crime' during the 'Save The Internet' demonstration in Berlin, Germany, in March, 2019. The demonstrators are protesting against article 11 and 13 to the EU Copyright Directives, generally referring to the installation of 'upload filters' to monitor online content being loaded to large internet platforms.  EFE/EPA/OMER MESSINGER

When U.S. President Joe Biden met Russian President Vladimir Putin in Geneva last month, the White House said “a full range of pressing issues” were on the agenda, including the Kremlin’s involvement in global cyberattacks and mis- and disinformation campaigns. During those talks—and at the Summit of Democracies—where Biden has pledged to convene with allies, it would have been crucial for the U.S. to acknowledge that internet freedom is under siege worldwide. Now is the time to challenge cyber sovereignty and press for urgent protections to ensure people can communicate with one another and access the information they need to be safe, healthy, and informed.

Restrictions to internet freedom have been accelerating globally, posing serious threats to human rights and safety. Recent military takeovers in Myanmar led to internet shutdowns that not only cut off access to the outside world for residents but also prevented the rest of the world from knowing what atrocities were occurring within the country’s borders. The COVID-19 pandemic’s effects have put the mental, physical, and economic health of less-connected communities in even deeper peril.

International human rights watchdog Freedom House recently reported that we’re seeing more governments exert influence to censor news and communications from beyond their borders. The report’s focus on 2020 highlights that governments are even using the pandemic as an excuse to shut down information they don’t want circulated.

Policymakers have the opportunity to empower the internet freedom movement through investment that reasserts the democratic principles of the global governance of the internet through cybersecurity that centers people, builds alliances, and strengthens infrastructure.

Amidst this historically challenging time, policymakers have the opportunity to empower the internet freedom movement through investment that reasserts the democratic principles of the global governance of the internet through cybersecurity that centers people, builds alliances, and strengthens infrastructure.

It’s noteworthy that many concerns might justify states’ interventions in information security. Democratic countries (including the United States, Japan, and much of the EU) propose to govern data flows in an effort to battle disinformation and, they say, to protect public safety. But disinformation is also often used as a reason for internet bans. These examples both borrow from cyber sovereignty. The aim of addressing disinformation is often well-intended, but it needs to be done thoughtfully, otherwise we risk opening a door for bad state actors to legitimize harmful online censorship.

The internet freedom community is best placed to navigate this delicate balance between cybersecurity and cyber sovereignty. But it needs support from democratic countries and corporations if the internet is to live up to its promise of being a great force for good while also remaining a secure and democratic space.

Global internet freedom allies should focus on three specific areas that require real interest and investment. This agenda will promote strong cybersecurity practices while also encouraging freedom of thought on the internet.

First, mainstream digital literacy is an important part of day-to-day civic life. Rather than hyping myriad online threats, we need wider understanding that there is no such thing as a quick cybersecurity solution. However, there are tools available that help improve digital security, such as VPNs and password management. Our research found that one in four users across the globe are not familiar with VPN technology. Rooted in the idea that the internet transcends national borders, VPNs offer citizens a way around cyber sovereignty while also helping to protect their cybersecurity.

We should foster alliances, from governments to tech companies, to join civil society in the fight for internet freedom, so that we may ensure an enduring international commitment to the free, open, and democratic use of the internet.

As it stands, access to these tools is mostly a consumer’s or a company’s choice; but given their importance, we urge policymakers to consider their responsibility to educate institutions and the public about the benefits of circumvention tools so that censors cannot use them as a tool in their defense.

Second, it’s essential to protect and fund community-building groups like the Open Technology Fund (OTF) and its grantees, who allow billions of people across the globe to safely browse the internet free from censorship and surveillance. It’s important that the internet freedom community never again faces funding shortfalls, such as the ones experienced in 2020, the effects of which are detrimental to advancing human rights technologies.

Finally, we should foster alliances, from governments to tech companies, to join civil society in the fight for internet freedom, so that we may ensure an enduring international commitment to the free, open, and democratic use of the internet. A diverse funding model involving tech companies, human rights groups, and governments would foster cybersecurity by keeping key players accountable, which empowers internet freedom communities to continue their important work.

We have a responsibility to protect the free and open ideals that the internet was built upon while tackling modern challenges. It is important to remember that cyber sovereignty frames issues as belonging to the state only, and cybersecurity requires everyone to cooperate. With cooperation in mind, we can strengthen the internet freedom movement if we put our minds to it.

Shames Abdelwahab serves as the community manager at TunnelBear. She works on the VPN service's dedicated internet freedom team to help combat cybercensorship around the world.

Mallory Knodel serves as the chief technologist at the Center for Democracy & Technology (CDT) in Washington DC. Since 2013 she has advised the government members of the Freedom Online Coalition on human rights centered cybersecurity and chairs research on human rights and internet protocols at the Internet Research Task Force.