If transformation towards global sustainability is to happen, we need to value the work of young climate advocates, and help make it visible. 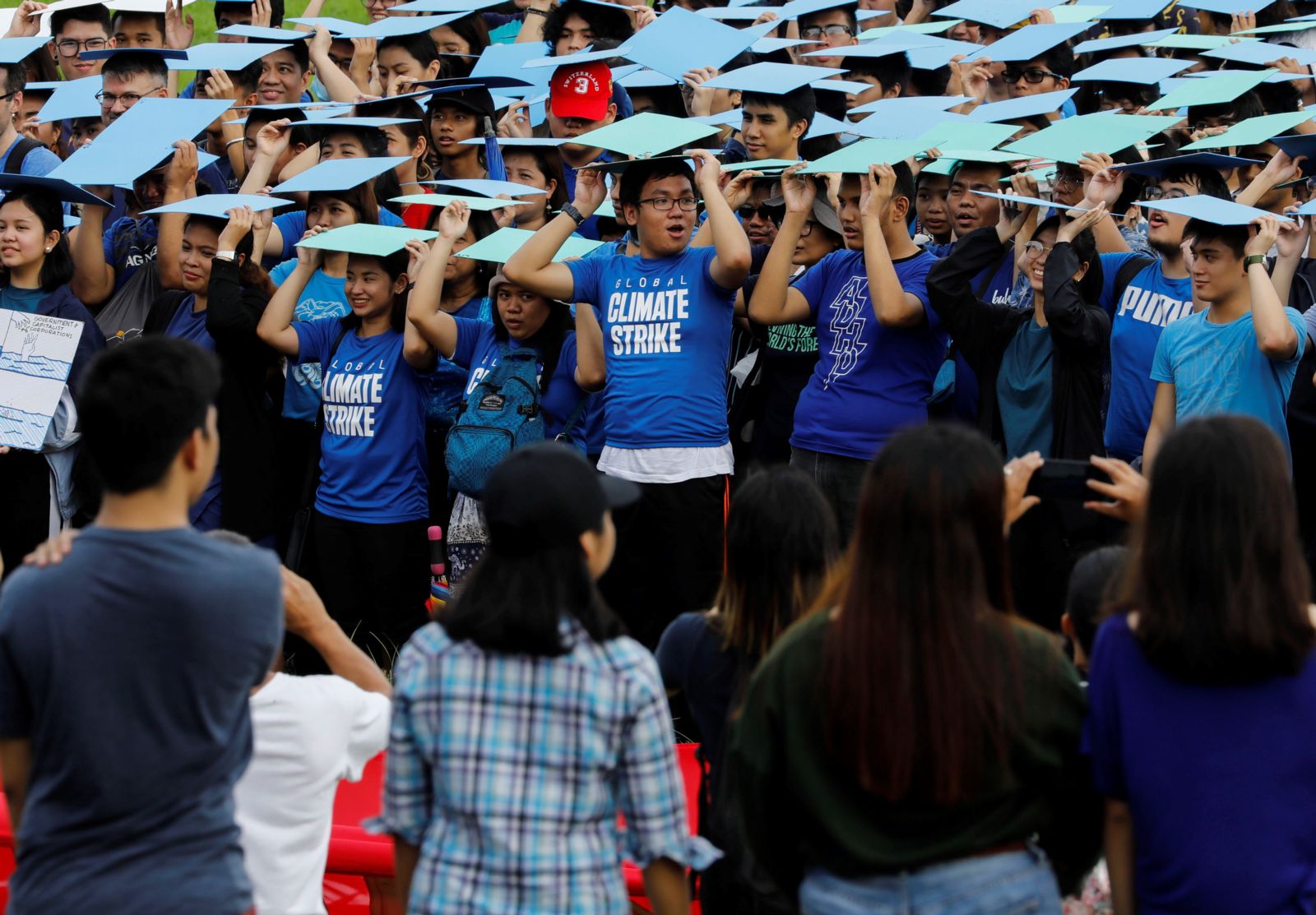 Youth advocates for environmental protection hold colored boards in an attempt to form an earth image during a rally in solidarity with the Global Climate Strike at the University of the Philippines in Quezon City, east of Manila, Philippiness in September 2019. Environment protection advocacy groups called on the Philippine government to take urgent action in response to the climate change crisis. EFE/EPA/ROLEX DELA PENA

“We will remember a time when our homes stood proud and tall, for today they stand no more. That place is now taken by the ocean.” These are the words of a young poet from Papua New Guinea, speaking at the UN Climate Conference in Glasgow in November 2021.

To echo the poet’s words, children living today as well as future generations, in particular those in low-income countries, will be the ones hardest hit by the impacts of climate change and ecosystem degradation. By the year 2100, rising sea levels are estimated to threaten nearly 200 million, particularly in coastal Asia. We can prevent this by working to safeguard the rights of children and youth to live in a healthy environment. 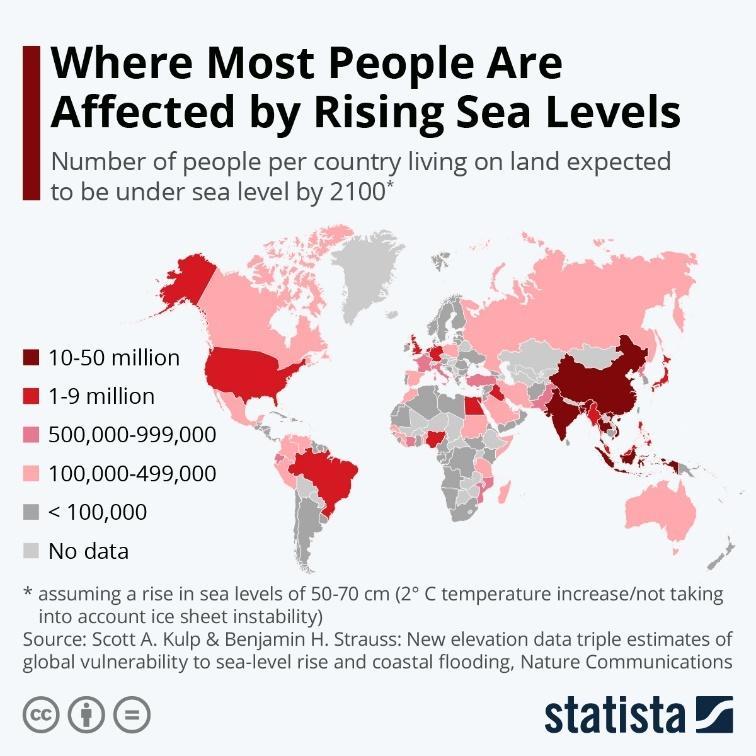 Far from being passive victims of environmental degradation, children and youth—many of them in the Global South—are playing an increasing role tackling the triple crises of climate change, biodiversity loss, and pollution, and securing their own right to a healthy environment. Their leadership matters for a healthy biosphere- the thin layer of Earth where land, water, and air interact supporting life.

If transformation towards global sustainability is to happen, we need to value such work, and help make it visible. We need a truly global vision that supports the contributions and agency of youth from the Global South.

Several multilateral agreements include language that addresses climate in relation to the future of young people. The Paris Agreement on climate, for example, refers to intergenerational equity and the rights of children. The Glasgow Pact, in paragraph 64, urges parties and stakeholders to “ensure meaningful youth participation and representation in multilateral, national and local decision-making processes, including under the (UNFCC) Convention and the Paris Agreement.” The Convention on Biological Diversity explicitly states that it is “determined to conserve and sustainably use biological diversity for the benefit of present and future generations.”

Some may think of the implementation of multilateral environmental agreements and human rights treaties as being mainly driven by leadership and funds from the Global North. But this is only part of the story.

In multilateral environmental fora, young people, not least of whom are disproportionately affected by climate impacts and ecosystem degradation, are making their voices heard. For example, Joanna Sustento, a young climate activist from the Philippines, survived Typhoon Haiyan in 2013 but lost almost her entire family. She has been active in global climate negotiations highlighting that no one is too young to make a difference. Many children and youth from the Global South are part of YOUNGO, the constituency of UNFCCC aiming  to empower youth and formally bring their voices to shape the intergovernmental climate change policies

As for biodiversity, the Global Youth Biodiversity Network represents the voices of global youth in biodiversity negotiations. They call for transformative change, and prioritize intergenerational equity, youth effective participation, and human rights.

Just weeks before the Glasgow climate conference, the Human Rights Council, a UN intergovernmental body, recognized that a clean, healthy, and sustainable environment is a human right. Among the organizations that pushed for this resolution was the Children’s Environmental Rights Initiative, a movement of young people working under the auspices of the UN Special Rapporteur on Human Rights and the Environment.

Youth action in the Asia-Pacific region

Tapping into popular culture, music, and social media, youth are amplifying climate and biodiversity findings by environmental organizations. The Twitter account, Kpop4planet, ran a digital campaign #SavePapuaForest in 2020, which made palm oil–linked deforestation a trending topic in the digital world. Greenpeace reported that the campaign successfully amplified concerns that almost a million hectares of forest have been converted to oil palm plantations. An investigative report published by BBC, Forensic Architecture, and Greenpeace in 2021, also showed that Korindo, a Korean palm oil company, had burned thousands of hectares of forest in Papua.  As a result, in 2021, the Forest Stewardship Council (FSC) terminated Korindo’s sustainability certification.

Such campaigns are not being orchestrated by “the usual suspects” of NGOs of the Global North. Many are arising spontaneously in response to the shared social-ecological crises that we face andt hey should be recognized and supported as such.

States that implement their human rights obligations send a clear signal to children and youth at the frontlines of the fight against climate change, biodiversity loss, and ecosystem degradation that their efforts for social-ecological justice matter. Children and youth should not be alone in triggering sustainability transformations. We must work jointly, urgently, and collectively. We cannot do this alone, or even alone as sovereign states: this effort needs everyone—especially young people.

As the young poet urged in Glasgow: “Let us work together and let  our story be told. Trust us to lead our solutions locally and act now.”

Claudia Ituarte-Lima earned her PhD from University College London and MPhil  from the University of Cambridge. She is a senior researcher at the Raoul Wallenberg Institute and is also affiliated to University of British Columbia.

Delia Paul is a human geography researcher at Monash University in Melbourne, Australia, and advises international organizations on science-to-policy communication.