Activists in an international system: pushing for change in Sri Lanka

Local and international activists have been crucial in getting a UN response in Sri Lanka.

Stephen Hopgood argued several years ago that it is activists, not states, who will make a difference in the future, and to a certain extent this has proved to be true in Sri Lanka. Undoubtedly, the primary struggle for human rights has to be waged at home. But there are also times when international support—such as the UN High Commissioner for Human Rights is crucial. For us, 2006-2014 was such a time.

In 2005-2006, I was working at the FORUM-ASIA Secretariat based in Bangkok. As the conflict in Sri Lanka escalated in 2006, I decided to go home and came back to chaos. There were large-scale enforced disappearances, extra-judicial executions, mass displacement, forcible recruitment (including of children), and severe restrictions on traveling and communication. It was also a time where human rights activists, including non-governmental organisation (NGO) workers, humanitarian workers, independent journalists, clergy and opposition politicians with critical views of the government, were killed, disappeared, detained or threatened. Domestic human rights protection mechanisms, such as the Judiciary, National Human Rights Commission and the Ad Hoc Commissions of Inquiries, had become completely ineffective.

It was a very dangerous time to be an activist living and working in Sri Lanka, and it is in this context that international solidarity became a crucial element of our struggle for human rights. The primary focus of our international advocacy was targeting the United Nations (UN), and a secondary strategy of engagement was towards the Commonwealth. The Commonwealth’s failure to intervene severely harmed its credibility, resulting in some heads of states boycotting the 2013 Commonwealth Heads of Government Meeting (CHOGM) in Colombo. And I still believe the level of atrocities we saw in the last phase of the war, particularly in 2009, could have been less if a UN Office of the High Commissioner for Human Rights’ field presence had been established.

In September 2008, when the government ordered all UN agencies to leave the war zone, the people appealed not to be abandoned. But we failed to persuade the UN to stay. In early 2009, as the war reached its peak and civilian casualties escalated dramatically, we as human rights defenders sought a special session with the UN Human Rights Council (UNHRC). We finally got it—but only after the war—and the outcome was a disaster for Sri Lanka and the UN.

The internal UN review that followed recognised that “events in Sri Lanka marked a grave failure of the UN” and that “many senior UN staff did not perceive the prevention of killing of civilians as their responsibility.” But in March 2012 and March 2013, with continued pressure from human rights groups, the tide started to turn. In March 2014, the UNHRC passed another resolution on Sri Lanka, asking the UN High Commissioner for Human Rights (OHCHR) to conduct an investigation into serious violations of human rights and related crimes in Sri Lanka. Though late and limited, this was a victory for survivors, victim’s families and some of us who had long campaigned for this, even when it seemed to be against all odds. 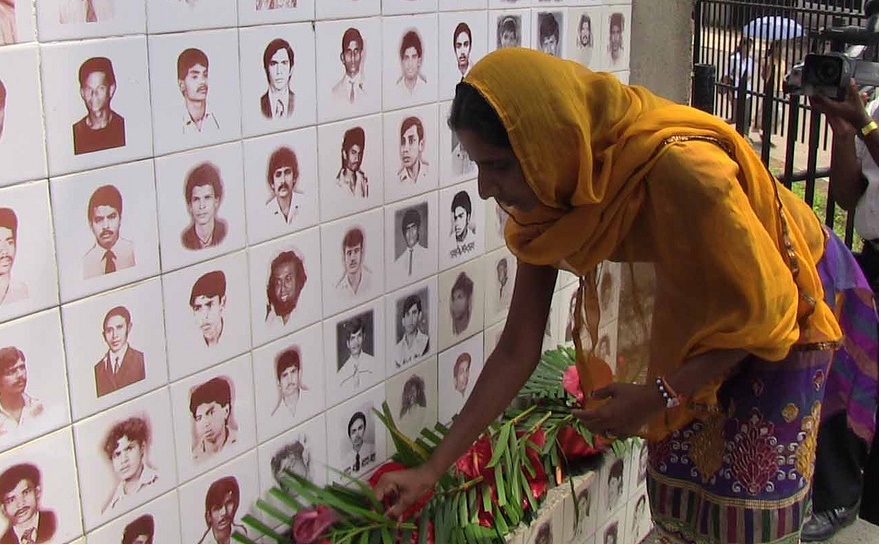 In September 2015, the High Commissioner’s office released the report of its investigations. It detailed horrific narratives of unlawful killings, enforced disappearances, forcible recruitment of children, obstructions of movement to safe areas, sexual and gender based violence, torture, and arbitrary detention on a mass scale and in a systematic manner. The High Commissioner recommended the establishment of a Special Hybrid Court with international judges, prosecutors, lawyers and investigators to ensure accountability for the reported violations, along with other international action such as universal jurisdiction and vetting. The “hybrid court” and “international participation” appears to be what has caught the media attention. Going beyond this to address other needs such as truth seeking, reparations, memorialization, constitutional change and introspection is where more local activism is so desperately needed.

The strong involvement of survivors and the families of victims made a huge difference to international advocacy.

While the international focus of Sri Lankan human rights defenders was on intergovernmental bodies, such as the UN, the Commonwealth and individual Governments, these would only change course if others—smaller in size but perhaps bigger in passion, determination and commitment—pushed them relentlessly. The strong involvement of survivors and the families of victims made a huge difference to international advocacy. Mothers, fathers, and wives came forward courageously to give testimony to high profile representatives from foreign governments and the UN, in Sri Lanka itself or in Geneva. Amongst those regular visitors and strong advocates was the wife of disappeared Sinhalese journalist, Mrs. Sandya Ekneligoda, and Dr. Manoharan, the father of a teenage Tamil boy killed on the beach in 2006.

Despite the government clampdown on local media, some international media continued to give coverage to stories of survivors of human rights violations and families of victims, in particular their struggles for truth and justice. Though their interest was not consistent and tended to focus on specific events, such coverage was essential since it was an opportunity to share an alternative narrative with the world. Several writers spent significant amounts of time with war-affected persons in the North and wrote books highlighting their stories, while others made films using materials from the last phases of the war and afterwards. They too had to face intimidations, defamation, severe restrictions on travel to the North, and surveillance and obstacles once they got there. Some were arrested, detained and deported. But these stories, through articles, video clips, films, photography and books, went a long way in keeping alive the dwindling world attention on Sri Lanka.

Probably the most controversial group has been the Sri Lankan diaspora. I met with several diaspora groups, some exclusively Tamil and some mixed with Muslim, Sinhalese and Tamil. Some diaspora groups clearly supported and justified the war and tried to cover up violence and abuses by the Liberation Tigers of Tamil Eelam (LTTE) and the Sri Lankan Government. But many with whom I engaged appeared to be fuelled by concern and care about what was happening in Sri Lanka, about the survivors and families of victims of human rights violations. Some groups became very influential in lobbying foreign governments and UN officials, and there is no doubt that they contributed to the developments in the UN in relation to Sri Lanka.

For us, the years between 2006-2014 were a time of desperation and emergency, when we local activists, students, artists and many other human rights defenders, needed the international system—but the international system would not have taken action if we hadn’t pushed for it. There is slightly more space now for us to work inside Sri Lanka, but it would be a mistake for our international friends to leave us now, especially after the long journey they have undertaken with us. We can only hope the UN and the Commonwealth step up.

As I give thanks, I look forward to a continuing journey.

*A longer version of this piece first appeared on Forum Asia.