There are inherent limitations in litigating health rights, but it has led to important victories, and must remain a key strategy as populism surges. 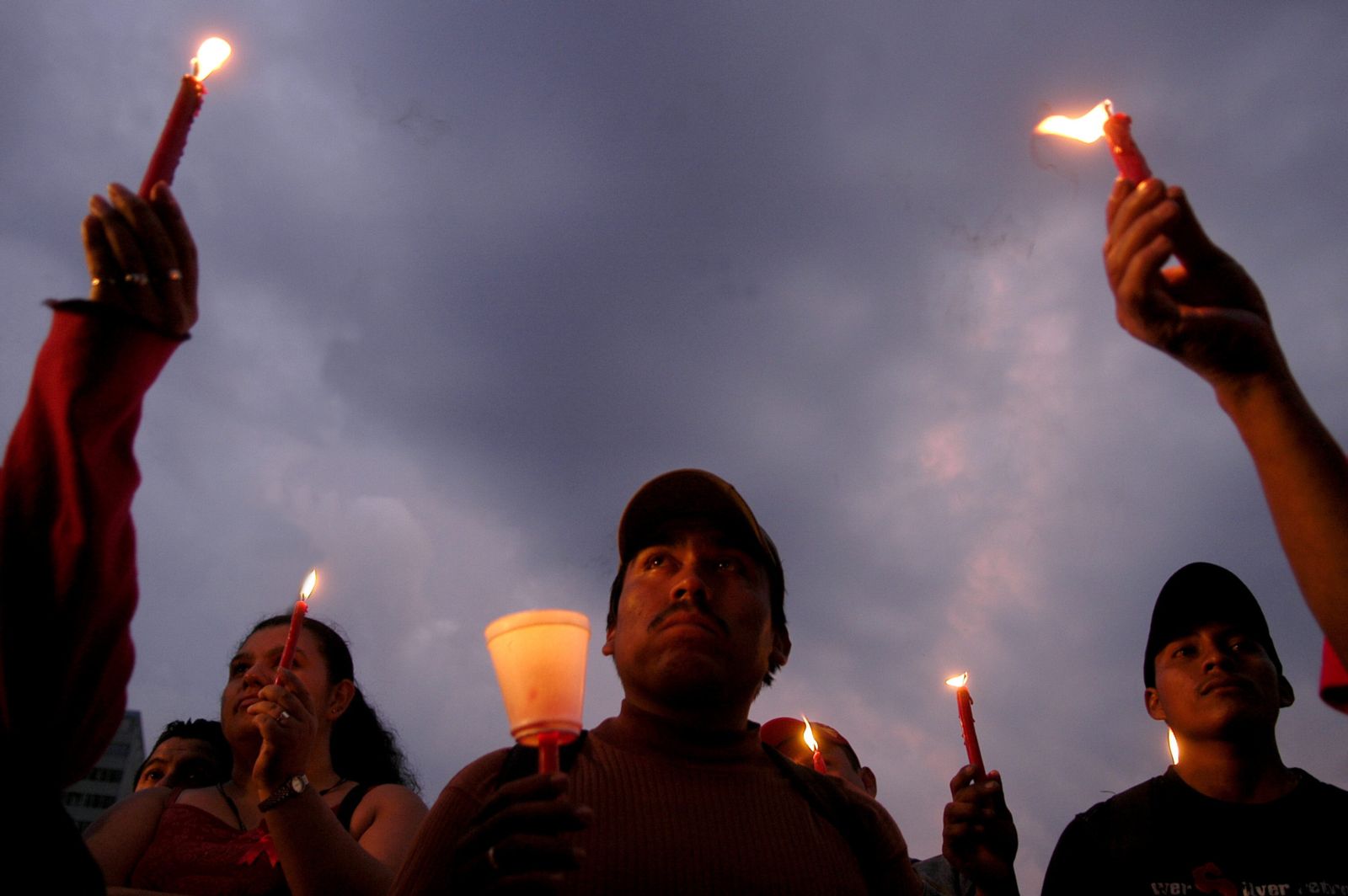 A candlelight vigil in Guatemala for victims of HIV/AIDS. Author Alicia Ely Yamin asks: what is the role for strategic litigation of social rights, and in particular health rights?

The infatuation with strongman populism sweeping many countries across the world is often characterized as having exported the caudillo model of Latin America.  But there is another way of looking at the phenomenon.  Over a hundred years ago, José Enrique Rodó wrote an essay contrasting two paths for Latin America’s future: the dehumanizing materialism and utilitarianism he saw prevalent in the United States, personified in the beast-like Caliban of Shakespeare’s The Tempest; or the spiritual ideals embodied in Prospero’s fairy, Ariel.

Today, Caliban—the name which Shakespeare originally used as an anagram for ‘cannibal’—has clearly been unleashed.  The petulant plutocrat that is the US head of state, together with cronies, such as Orbán in Hungary and Bolsonaro in Brazil, seem to have no qualms about cannibalizing democratic social practices and institutions, or in pitting populations against one another to destroy the fabric of democracy.  Moreover, Caliban seems to have captured or convinced Ariel to advance socially conservative “spiritual” agendas, including a virulent backlash against “gender ideology” and sexual and reproductive health and rights (SRHR).

In these contexts, what is the role for strategic litigation of social rights, and in particular health rights?  First, it should be obvious that the usefulness of any particular litigation depends on the specific context: the political opportunity structure; the legal opportunity structure; and the chance to open the former by using the latter. Second, there are a plethora of countries in which the judiciary has never been deemed fully independent where we have nevertheless seen important judgments and use of the courts to advance health rights. These range from overturning restrictions on access to generic medications and prohibiting detention of post-partum women in Kenya, to holding the government accountable for violations of maternal and child health in Uganda, and to challenging the stigmatization of drug users in Russia. Third, the trenchant arguments against relying on inherently conservative judiciaries for democratic transformation were applicable long before this current wave of populism.

Further, strategic litigation in health, and other social rights, has always faced the paradox of being most useful to achieve social and policy reform when there are blockages in the political realm; and these thwart converting progressive legal standards into effective enjoyment of health and other social rights in practice. The famous Treatment Action Campaign (TAC) case in the South African Constitutional Court (demanding access to drugs to prevent mother to child transmission of HIV), overcame this in large measure because the litigation was embedded in a much broader social movement strategy. That movement was, in turn, connected to transnational advocacy networks. Nonetheless, the TAC case is more exceptional than the norm in many ways.

In Latin America, some leading progressive constitutional scholars, such as Roberto Gargarella, have pointed to the inherent problems in transplanting rights notions onto governments where hyper-centralization of power in the executive branch makes them in practice “illiberal.” Hundreds of thousands of protection writs brought across Latin America have overwhelmingly been granted and have achieved access to treatments and medications in individuals’ lives.  Nevertheless, these have functioned largely as an escape valve for health systems with chronic regulatory and compliance gaps.

However, even in these contexts, constitutional or supreme courts have often been able to establish principles and criteria relating to the functioning of a democratic health system, including: obligations of comprehensive and continuous care; regulation of private providers and insurers; fair processes relating to determination of benefits; and rights to information (related to care as well as social determinants of health).   In weighing the equity effects of judicialization, this role is also crucial.  If health is understood as a right, health systems must be understood as democratic social institutions that embed normative values such as solidarity, autonomy, and dignity. They are not just delivery apparatuses for goods and services.  As guardians of our constitutional values, courts have an inherent role to play in interpreting those values.

Further, Latin America has been at the epicenter of social rights experimentalism.  Indeed, 2018 marks ten years since two mega-judgments regarding health-related rights were decided in Colombia (T 760/08) and Argentina (Mendoza/ Matanza Riachuelo). These cases established remedies that required a process of dialogue and democratic deliberation to determine the fairest outcome. After a decade it is clear that both judgments have spurred some meaningful changes, and that citizen engagement is essential to make such judgments meaningful in practice.

Moreover, our understanding of how to measure impacts of these and other strategic litigation judgments has vastly improved and gone beyond assessing formal compliance. We now understand that impacts include, among others: policy and legal effects (legislation and regulations); indirect and direct material outcomes (such as improved coverage rates in Colombia, or reduced soil pollution in Argentina); institutional changes that open fields to new actors; public discourse effects; and ideational effects relating to the appropriation of rights. Taking account of such impacts reflects an evolved understanding of what law means and how it functions to confront power asymmetries. It takes us beyond the brittle, formalistic understanding of law as a set of rules that oblige people to not/do something, and towards an appreciation of how we can use law, and rights, to advance human health and dignity.

Does the populist surge change this? Of course not. In some ways it makes judicial backstops all the more important. For example, populism requires feeding the public a steady diet of fear, from conjuring immigrant invasions to the spectre of the end of western Christian civilization posed by women’s SRHR, which are then used to justify discriminatory legislation and regulations. In turn, advocates for SRHR and excluded minorities are then obliged to take these cases to court and, in the absence of due process, often to supra-national forums to see standards enforced.

But we would be wise to acknowledge the limitations of judicial approaches to achieve more than resistance and mitigation in many contexts. There are inherent dangers too in using strategic litigation when judiciaries have little independence, authority or capacity.  Moreover, strategic litigation always had to be—and now more than ever must be—only one tool to defend and protect rights. To use human rights to advance social justice in our current tempest, we need to break free not just of Caliban’s brutality, but also of the thrall of Prospero’s all-consuming tale—which in this case is the dominant neoliberal narrative of progress in the world.