Many states still fail to realize that protecting the rights of the poor will ultimately make addressing a pandemic—and other global crises—easier. 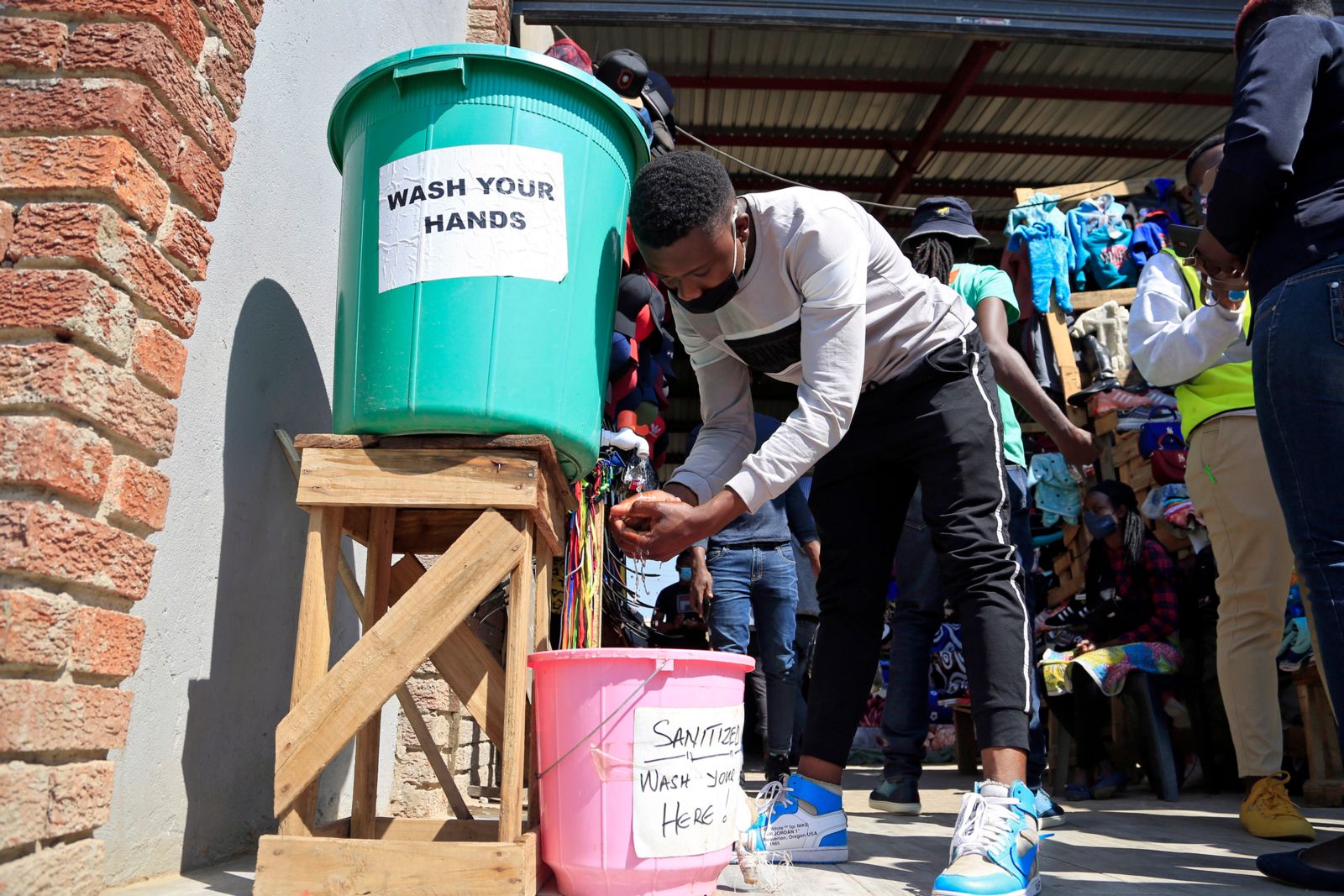 A visitor washes his hands as he visits an informal traders market in Harare, Zimbabwe, 25 August 2020. The country's Covid -19 cases continue since the pandemic started in March 2020. (Zimbabue) EFE/EPA/AARON UFUMELI

The COVID-19 pandemic met a largely unprepared world. Apparently, the more advanced and presumably more disaster-ready part of the world was caught flat-footed, so it was largely assumed that the less advanced would suffer more intensely. The jury is not out yet, but it would appear that these predictions are somewhat questionable. Nonetheless, the pandemic raises fundamental questions about the limited attention the world has historically paid to Paul Farmer’s “rights of the poor.”

Socioeconomic rights are often perceived as “aspirational,” “second generation,” and incapable of “immediate implementation.” But the historical subjugation of ESC rights to civil and political rights, and the expropriation of the concept of “progressive realization” to restrict the implementation of these rights, has led to escalating poverty—often amidst plenty.

The COVID-19 pandemic magnifies the challenge posed by the subjugation of ESC rights, particularly in the global South. The limited investment in healthcare, education, nutrition and housing means that most countries in Africa, for instance, struggle with providing the needs of their populations while keeping them physically distant. As a result, some have resorted to heavy-handed policing to enforce regulations aimed at shutting people in.

As the pandemic hits every single part of the globe, it has become necessary to rethink the priority assigned to ESC rights. Obviously, pulling people out of poverty in a systematic manner helps the state to enlarge its pool of tax resource required to build infrastructure, in addition to pulling even more people out of poverty. Thus, primarily investing in recognizing and actively promoting ESC rights is in the interest of the state, but in the short term it seems expensive.

As states struggle with the consequences of COVID-19 and many still fail to realize that investing more in the promotion of the rights of the poor will ultimately make containing a pandemic easier, it may be time to get states to act more responsibly towards their most vulnerable populations. And in that case, the role of regional human rights institutions in advancing ESC rights could be critical.

Africa, for example, has a fairly robust architecture for promoting and protecting rights. The African Charter on Human and Peoples’ Rights recognizes and protects civil and political rights as well as ESC rights and third generation right to development. It also recognizes group rights. In addition, it establishes a mechanism for redress in the event that these rights are violated.

The COVID-19 pandemic magnifies the challenge posed by the subjugation of ESC rights, particularly in the global South.

The African Commission on Human and Peoples’ Rights has been in existence since 1987 to provide redress for violations of charter rights. It has delivered ground-breaking decisions on the subject of socioeconomic rights, including the SERAC decision, which attempted to find a lasting solution to the degradation of the Niger Delta region of Nigeria. Regrettably, implementation of this decision has been poor.

To strengthen the protective mandate of the commission, Africa’s Heads of States created the African Court on Human and Peoples’ Rights on the basis of a Protocol to the African Charter, which has the same status as the Charter itself. Although the Court achieved the threshold for operation in 2004, only seven states have made the Article 34(6) declaration allowing access for NGOs and Individuals. Nevertheless, the Court is a veritable tool for providing guidance and binding decisions to states.

Beneath the regional system are sub-regional courts in Eastern, Southern and West Africa. Regrettably, the Southern Africa Development Community (SADC) tribunal lost its mandate on human rights cases to the politics of implementing decisions against Zimbabwe. The Eastern Africa Court of Justice exercises a rule of law jurisdiction, which may not necessarily always correspond with human rights. Essentially, this means that the Community Court of Justice of ECOWAS is the main site of sub-regional casework on human rights on the continent, but it is limited to the extent that its jurisdiction is territorial—West Africa.

Given the architecture described above, the African Court and Commission are probably the most expansive in terms of coverage and therefore the most viable in terms of achieving the widest reach in the interest of human rights. The African Court could therefore be the site to expound on the obligations of states with respect to ESC rights during a pandemic.

Although we have several instruments regionally and nationally recognizing ESC rights, none anticipates protecting rights during a pandemic. Plugging this gap does not necessarily demand new norms or standards but expansion of existing ones. One way, the regional system might address this is to invite the Working Group on Economic, Social and Cultural Rights at the African Commission to revise guidelines to protect and promote ESC rights during a pandemic.

For its part, the African Court can utilize existing requests for advisory opinion to expound on the obligations of states with respect to upholding rights, particularly of the poor, during a pandemic. One such request could be seeking the Court’s intervention with respect to state obligations to respect rights in the framework of elections conducted during a pandemic. Another might be one seeking de-criminalization of petty offences, particularly as victims of these offences contribute to congestion in detention facilities—which itself predisposes more people to COVID-19.

Getting the relevant decisions and guidelines from the regional human rights system is a critical step forward in realigning rights promotion during a pandemic. A more important step is for civil society and other stakeholders to engage states in a conversation about impediments to implementation with a view to addressing them. One tool available to the African Commission for this purpose is the follow-up mechanism for implementation, which designates a commissioner to oversee the process of implementation. The African Court may want to consider adopting a similar mechanism.

Establishing  standards and providing guidance is not a magic bullet. They will not necessarily nor immediately translate to improved standards of living for the poor, but they provide the basis on which states can be held to account by their peers and citizens. Africa’s main human rights institutions would be doing a great service to the continent and the lives of the poor by taking these important and potentially life-transforming steps.