The landmark case of 2019 where sixteen children and young people from twelve different countries opened the door to think about guaranteeing rights now and in the future. 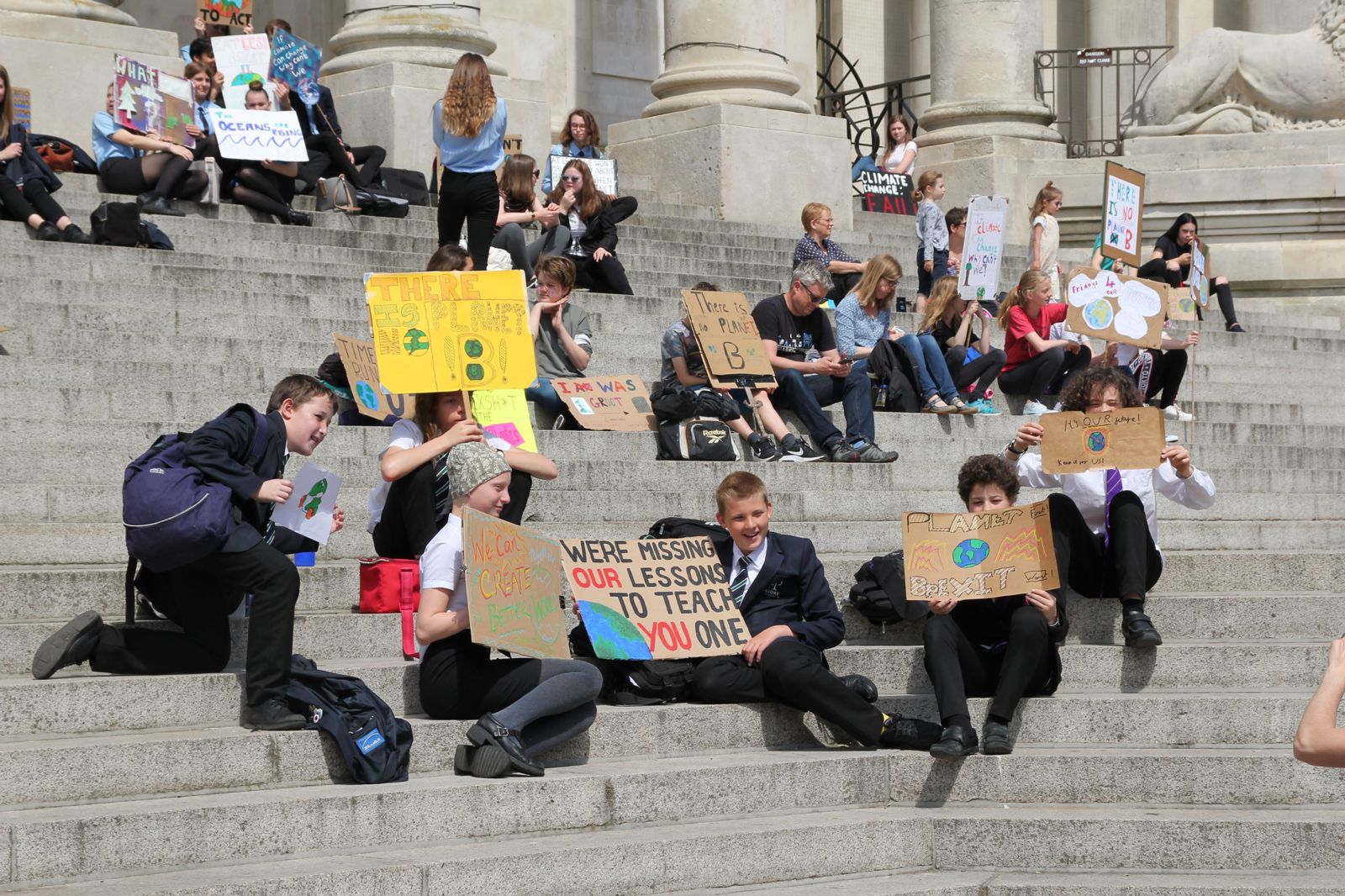 In 2019, sixteen children and young people from twelve different countries collectively brought a petition before the Committee on the Rights of the Child (CRC) against five G20 countries. The case sought to hold these named countries responsible for the negative impacts of their carbon emissions on the rights of children.

Although the 2019 complaint was found inadmissible, it was nevertheless a landmark case. It was the first to hold multiple state parties responsible for human rights violations related to climate change—determining that states do have “extraterritorial obligations with regards to climate change.” It also brought the collective rights of children and their futurity into the legal conversation around climate change, citing specifically the failure of the states to “ensure intergenerational justice for children.”

This and other recent climate justice cases brought before the CRC have important implications for “climatizing human rights.” In fact, the next generation of human rights activists have much to teach us about transnational rights claims and how we can better recognize violence that does not immediately register as rights violations.

The argument they are making is in multiple temporalities: you are violating our right to futurity now, and you (will be) violating our future rights if you don’t act now.

These rhetorical frames activate a public attuned to retroactive or crisis events and exceptional suffering that valorizes individual resilience. Subsequently, these frames often reinforce geopolitical structures of power and neoliberal political sovereignty and thus foreclose the recognition of the structural and ongoing causes of violations.

In other words, what often gets overlooked in human rights discourse is collective or non-agentic rights subjects, transnational violations, and, in particular, violence that occurs over time like settler colonialism and climate change—what I call here “everyday violence.”

Children’s right to climate justice brings this politics of recognition into relief. The CRC positions children as recipients of rights rather than rights holders. This means that children are always the exception before the law and must rely on the “best-interest principle.” Thus, the child is a unique human rights subject who must be advocated for or on behalf of as an object of rights similarly to other third-generation, non-individualized rights holders including Indigenous collectives, gendered collectives, and environmental rights.

The Sacchi et al. cases are radical rhetorically because the children named in the suit stand in for all children, distributing the subject of rights across a collective object rather than residing in the individual as it does in normative rights claims. Simultaneously, in suing multiple countries for their future violations, the perpetrator of violence is also distributed across a collective rather than grounded in traditional state-centered and retroactive rights logics. I offer a rhetoric of everyday violence as a way to make these kinds of distributed and transnational rights violations more legible.

By definition, a crisis event exists in opposition to the everyday. The most structurally precarious populations are already more vulnerable to crisis events because they lack rights in their everyday lives. However, these vulnerable populations usually only receive attention for their rights violations when they are plunged into crisis through a catastrophic event.

As Hannah Arendt tells us, it is precisely the moment of violation in which those who require recognition the most are denied the very humanity and personhood upon which that recognition is based. Therefore, as I have argued elsewhere, for precarious populations it is simultaneously always the right time and never the right time to stake a rights claim because these paradoxical frames of recognition around temporality and subjectivity always delimit rights claims. By this logic, the everyday becomes impossible to recognize on any major scale.

Once the case was denied, the CRC issued General Comment No. 26 on children’s rights and the environment, and the children submitted the 2021 Children’s Petition to the United Nations Secretary-General to Declare a Climate Emergency and Mobilize a Comprehensive UN Response. The young complainants begin their argument by framing the problem as a crisis requiring immediate action but for their future right to life.

The language of emergency and futurity in the petition is important because it understands the temporal recognitions of human rights as eventful and crisis-oriented. In other words, the argument they are making is in multiple temporalities: you are violating our right to futurity now, and you (will be) violating our future rights if you don’t act now.

The young complainants’ frustration is palpable when they describe losing the legal case because they are required to exhaust all appeals in each individual country first, which would take years and by that time they claim “many of us will no longer be children” and “many of us—especially those from small island states and indigenous communities—fear we will have become climate refugees by that time. We have no time to wait.” The urgency is now even if the demand for rights is future-oriented.

However, this claim is predicated on their subject positions as children who will inevitably become adults, thus losing not only their claim to the best interest principle, but also their claim to their futurity as thriving adults.

Once again, it is never the right time and always the right time to stake a rights claim—particularly for climate justice, as the “right time” has already passed and yet we must act now.

Climate justice cannot be offered retroactively. There is no adequate redress, no retributive, no restorative or transitional justice for the climate crisis. The demands of rhetorical claim-making in climate justice push the discourse of human rights to its temporal limits when it is only framed as a crisis-oriented discourse. Reframing human rights toward everyday violence offers us an opportunity to recognize different kinds of violence operating within future-oriented rather than retroactive temporalities, and thus allowing us to act now to prevent future violence.

Dr. Belinda Walzer is Assistant Professor of English at Appalachian State University. Her research focuses on rhetorics of resistance, temporality, and human rights as well as diversity, equity, and justice in higher ed. Her scholarship can be found in the edited collections Precarious Rhetorics (2018), Routledge Companion to Literature and Human Rights (2015), Teaching Human Rights in Literary and Cultural Studies (MLA, 2015), and journals including Philosophy & Rhetoric, College Literature, and Rendezvous Journal of Arts and Letters.