If the principles that emerged from the French Revolution laid the rhetorical groundwork for France as a foremost nation of asylum, they also set in motion the state’s desire to monopolize what it means to be French. 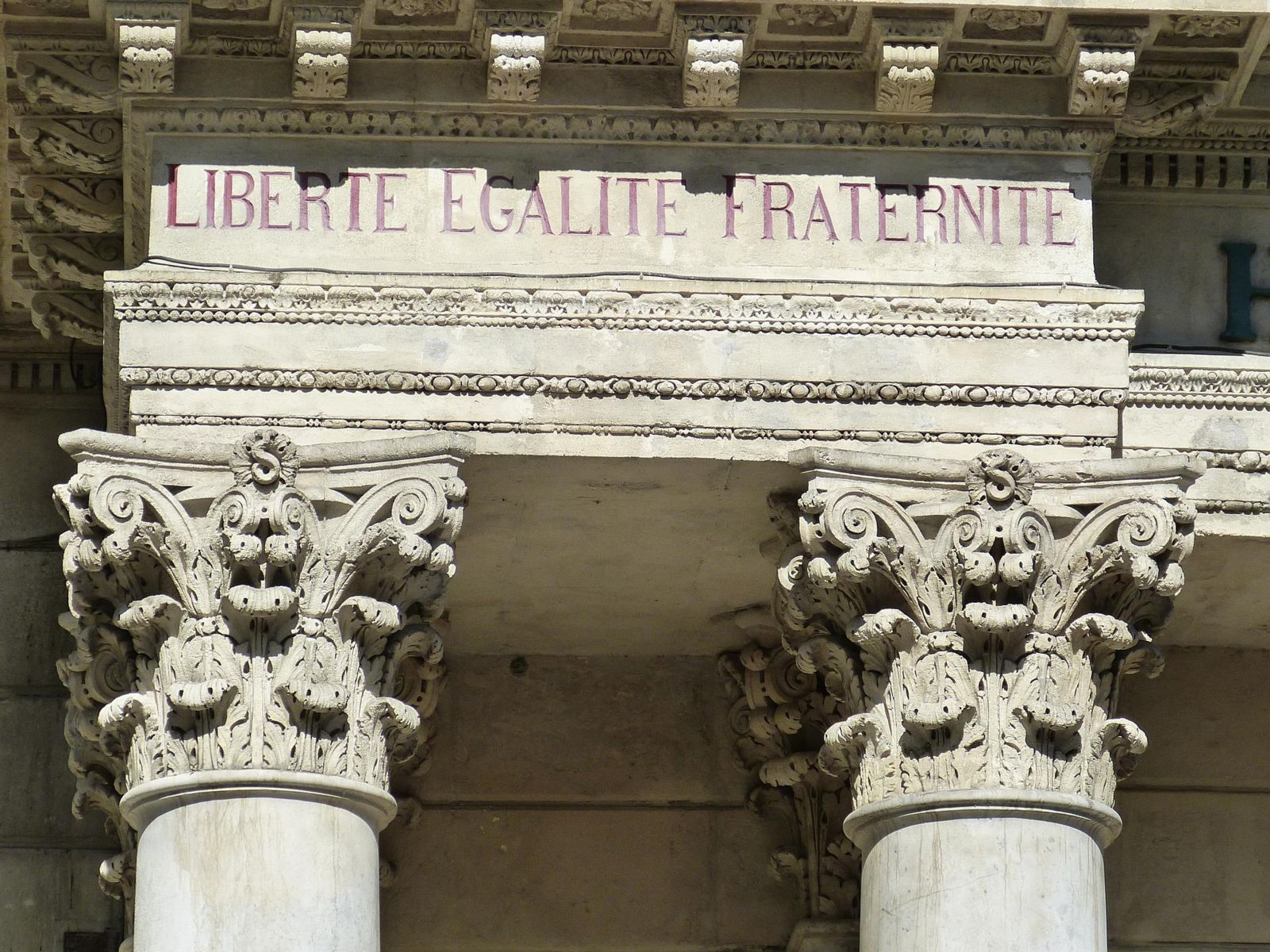 Image by falco from Pixabay.

On March 3, 2022, the European Union interior ministers unanimously voted to approve a temporary protection directive which, in addition to allowing Ukrainians to remain in member states for a renewable period of one year, will also facilitate and expedite the process of receiving residence permits, housing, and assistance for children entering the French school system.

“This…reflects, I believe, the full commitment of the European Union to the solidarity that we owe to the Ukrainian people in the face of this unjustified war,” said French Interior Minister Gérald Darmanin, who described the backing as “important and historic.”

While it’s indisputable that measures like this are needed as a humanitarian response to the unfolding crisis, it’s also important to recognize the inequality in treatment that France has extended to other refugee populations, specifically those from Middle Eastern and African countries. The United Nations went so far as to officially criticize France in 2018 for “increasingly regressive migration policies and the inhumane and substandard conditions suffered by migrants” who were living in tents without toilets, forced to wash themselves in polluted rivers or lakes.

In 2020, the European Convention on Human Rights (ECHR) unanimously ruled that France had violated Article 3 prohibiting degrading and inhuman treatment and, as a result, was ordered to pay between 10,000 and 12,000 euros to three asylum seekers from Afghanistan, Russia, and Iran who were living on the street without any resources or support.

For a country whose founding universalist principles are imbued with humanitarian rhetoric, it’s astounding just how egregiously their heralded value of égalité has been violated.

Fraternité hasn’t been spared either.

For a country whose founding universalist principles are imbued with humanitarian rhetoric, it’s astounding just how egregiously their heralded value of égalité has been violated.

This wasn’t the first time solidarity was criminalized. On October 17, 2016, Pierre-Alain Mannoni, a geography professor at Nice University, was arrested after he was found driving three young girls from Eritrea, Africa to the hospital for medical attention. Three months later, on January 4, 2017, Cédric Herrou, a farmer in the Roya Valley along the French-Italian border, was placed on trial for aiding 200 asylum seekers crossing into France. Both were penalized under the Code on the Entry and Sojourn of Foreigners and Right to Asylum (CESEDA), which prohibits “assisting the entry, travel, or undocumented stay” of foreigners and carries with it a maximum five-year prison sentence and 30,000 euro fine—a steep punishment for humanitarian acts rationalized on the basis of fraternity, a value upon which the republic was founded.

Inequality among the treatment of refugees dates back to the interwar years, a time when France became known as a “terre d’asile” harboring one of the highest populations of foreign-born residents. Despite this reputation, the motivation to accept refugees wasn’t entirely altruistic. Reeling from the losses of World War I, in which approximately 1.3 million French soldiers were lost, France welcomed refugees as a source of manpower to bolster postwar reconstruction efforts. However, the tides began to turn in 1933 when Hitler came to power and France fell victim to worldwide economic depression.

The response was to position refugees (and their suddenly “suspect” political loyalties) as scapegoats, causing France to begin distinguishing old refugees from the new. By way of the Law of May 2, 1938, residence rights for Russians and Armenians remained while applications for permanent or temporary residence for Germans, Spaniards, and other recently-arriving refugees were far more difficult to obtain. Jews in particular became targets of antisemitic propaganda fueled by protectionist measures for salaried laborers fearing outsized professional competition.

There were also social anxieties that began shaping convictions about which qualities were “assimilable” and which were not, a distinction that implies inequality in treatment which is entirely antithetical to the values of the French republic. Anxieties over assimilation were expressed by Charles de Gaulle when he lamented how “the Mediterranean and Oriental peoples…have deeply modified the makeup of the French population over the past half-century.” (source: Gérard Noiriel. The French Melting Pot: Immigration, Citizenship, and National Identity, page 20)

If the principles that emerged from the French Revolution laid the rhetorical groundwork for France as a foremost nation of asylum, they also set in motion the state’s desire to monopolize what it means to be French, a meaning that is continuously under threat by economic, identity, and social insecurities.

Despite the idealistic language that France purports to ascribe to, contradictions and hypocrisies emerge as the republican myth of equality breaks down in the face of these insecurities. So the question, then, is not whether France owes solidarity to the Ukrainian people, as Darmanin expressed, but rather why they haven’t extended the same solidarity to all refugees.

Jacqueline Parisi is a Masters student at NYU’s Institute of French Studies. Her research focuses on refugees in Paris via the intersection of food, identity, and memory. Her previously published work can be found here.