Intolerance towards Algerian Jews has been driven by geopolitics and history, not religion.

In Algeria, like other countries of North Africa and the Middle East, there are red lines when discussing politics and religion. Some Algerian writers have bravely debated Jewish minority rights, but raising too many questions about Algeria’s Jewish minority is still taboo. This is because most people confuse Israel, Judaism and Zionism.

Algeria’s Minister of Religious Affairs, Mohamed Aissa, recently spoke of plans to reopen 25 synagogues closed down in the late 1990s, during Algeria's civil war. The news provoked some Algerian Muslims to protest. The minister, however, says Algerian Jews have a right to exist. Although welcome, the statement is ironic, because few in Algeria would openly acknowledge Jewish identity. Indeed, many observers claim that the Algerian Jewish community no longer exists.

Radical Islamists have reportedly led opposition to the minister’s plan, but their anger does not stem from Islam itself. Muslims in the Maghreb have a history of coexistence with other religions, as is true in other Middle Eastern countries. Instead, their intolerance is driven by recent history and politics.

In Algeria, religious intolerance against Jews emerged from these processes of colonization and de-colonization, and from a war of independence that generated popular resentment of perceived injustice.

Today, Jews are like ghosts in Algeria; we hear about them living among us, but we never see them. Some say Jews still live in Algeria under strict surveillance, but most Algerians are confused: is there still a Jewish-Algerian community? And if so, is it safe to speak about it? Many suspect that the community exists, but fear that this is a matter of state security about which they should not comment.

Jews are not the only victims of Algerian intolerance; there is also discrimination against Christians. An Algerian Muslim who converts to Christianity is despised because s/he has given up her faith to embrace the ex-enemy’s religion. As a result, even people who are not religiously devout are likely to threaten a convert with rape or death.

In neighboring Tunisia and Morocco, the last few thousand remaining Jews can practice their faith and send their children to Jewish schools. Most Tunisians and Moroccans – ordinary citizens as well as scholars and academics – speak openly of Jewish contributions to their countries. Unfortunately, this is not the case in Algeria, where people vandalized both Christian and Jewish religious symbols, including cemeteries and places of worship, after independence, and during the 1990s’ civil war.

The Arab-Israeli conflict has of course deepened the gap between Algeria’s Jews and Muslims, and has undermined hopes of re-establishing a Jewish presence in the country. Unfortunately, many residents of Arab countries confound anti-Zionism with anti-Semitism. 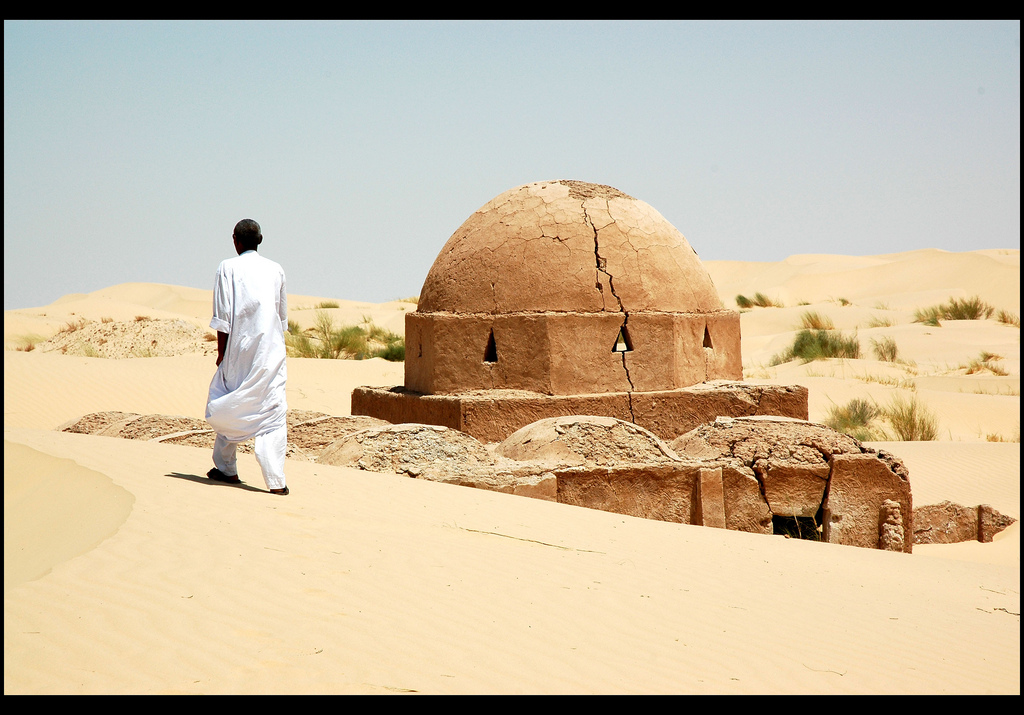 Can the Islamic population of Algeria normalize its relationship with a domestic Jewish population?

Algerians often say, “We have nothing against Jews; it is Zionism that is the problem.” But then, many also say, “a Jew will always defend Israel’s interests, even if s/he is not a Zionist. All Jews believe in Israel, and it is therefore better to prevent them from returning to their (Arab) home countries.”

Consider Jewish-Algerian singer Enrico Macias. The Algerian-born French citizen made two attempts, in 2000 and 2007, to visit his “homeland.” Algerian authorities denied him entry, following pressure by members of the public and Algerian political figures, including former Prime Minister Abdelaziz Belkhadem. Macias’ critics justified their position by saying that the singer supported Israel’s policies in the occupied Palestinian territories.

Most Algerian Jews seeking to enter Algeria are interested only in visiting, not in relocating to the country. Most likely, few believe there is a place for them in their former country.

When the last Jewish emigrant from Algeria has died, the notion of visiting the “Algerian homeland” will likely die with them. For descendants of Jewish Algerians, “home” is now somewhere else.

Farah Souames is an Algerian journalist, formerly based in Cairo. She has reported on North Africa, the Gulf States, Europe and the Middle East, including the Arab uprisings. Her work has appeared in multiple venues, including Al Ahram, The Financial Times, El Watan, BBC, and Al Jazeera. She tweets @souamesfarah