The human rights regime and movement are simply not equipped to challenge global inequalities.

The value of distributive equality—any ceiling on the wealth gap between rich and poor—is as absent from the Universal Declaration of Human Rights, as it is from the legal regimes and social movements that take it as their polestar.  As Philip Alston, the United Nations special rapporteur on extreme poverty and human rights, recently acknowledged in a pioneering attempt to consider the topic, “At present, there is no explicitly stated right to equality, as such, under international human rights law.”

True, the founding document of human rights announced status equality: according to its first article, all human beings are born free and equal in dignity and rights. It may be true that, in a world devastated by the evils of racism and genocide, the assertion of bare status equality was itself a revolutionary act. Yet this same status equality implies nothing more. All rights are costly, especially economic and social rights, and if implemented have redistributive effects; however, not as part of an ambitious attempt to create a ceiling on inequality, but instead as part of a noteworthy but more modest effort to build a floor of protection against indigence. One could imagine one man owning everything—an absolute overlord—and he would not violate the current scheme of human rights, so long as everyone had their basic rights fulfilled. Even perfectly realized human rights are compatible with radical inequality.

Human rights in the age of national welfare

The assertion of human rights in the 1940s began as one version of the update to the entitlements of citizenship on whose desirability and necessity almost everyone agreed after depression and war. Franklin Roosevelt issued his famous call for a “second bill of rights” that included socioeconomic protections in his State of the Union address the year before his death. But in promising “freedom from want” and envisioning it “everywhere in the world,” Roosevelt in fact understated the actually egalitarian aspirations that every version of welfarism proclaimed. These went far beyond a low bar against indigence so as to guarantee a more equal society than before (or since). His highest promise, in his speech, was not a floor of protection for the masses but the end of “special privilege for the few”—a ceiling on inequality.

But the harmony of ideals between the campaign against abjection and the demand for equality succeeded only nationally, and in mostly North Atlantic states, and then only partially. Whatever success occurred on both fronts thus came with sharp limitations—and especially the geographical modesty that the human rights idiom has since successfully transcended. It is, indeed, as if globalization of the norms of basic protection were a kind of reward for the relinquishment of the imperative of local equality.

Even the decolonization of the world, though unforeseen at the time of the Universal Declaration that accommodated itself to the empires of the day, hardly changed this relationship, since the new states themselves adopted the national welfarist resolve. The burning question was what would happen after, especially in the face of the inability of the global south to transplant national welfarism and the wealth gap that endures to this day between two sorts of countries: rich and poor. 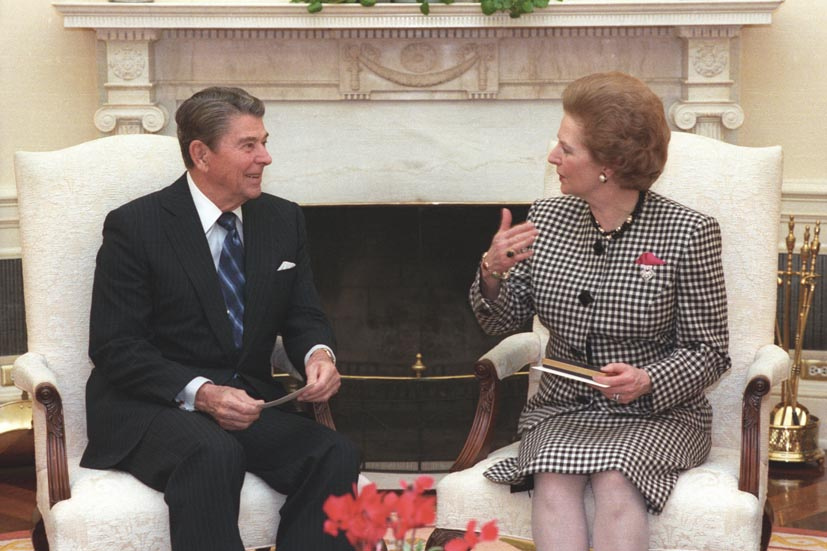 In the 1970s, starting in the United Kingdom and the United States, elected politicians set out to destroy the national welfarist consensus for which human rights had offered a modest and optional synonym three decades earlier.

From national welfare to neoliberal globalization

There was, some hoped, the possibility of globalizing welfarism, so as to seek the floor of protection and ceiling on inequality globally that some nations achieved internally. Swedish economist Gunnar Myrdal, for example, held out this possibility. But his aspirations, like those of the global south’s “New International Economic Order” that followed in the 1970s, did not survive. Instead we got what historian Mark Mazower has mordantly dubbed “the real new international economic order” of global market fundamentalism. In the ultimate compromise vote, the Nobel prize for economics for 1974 was won together by Myrdal and his ideological opponent Friedrich Hayek—but where one of them was forgotten, the other saw his fondest wishes come true. In the 1970s, starting in the United Kingdom and the United States—and in the Latin American southern cone just before and in authoritarian form—states retrenched from social provision, and politicians were elected (or, in Latin America, took power) who set out to destroy the national welfarist consensus for which human rights had offered a modest and optional synonym three decades earlier.

The drastic mismatch between the egalitarian crisis and the human rights remedy demands not a substitute but a supplement.

Why the practical victory of that “neoliberalism” occurred when and how it did is currently a topic of heated debate. To the extent that a utopia of justice survived, it was global but minimal, allowing for the worst state abuses to be decried, while in the socioeconomic domain it pictured a floor of protection without a ceiling on inequality.

Whatever its potential in theory, the human rights regime and movement adapted in practice to the new ambiance. For one thing, the idea of human rights in its heroic age followed the transformation of political economy in its scalar leap beyond the nation and towards the globe. Further, this idea prioritized not the agency of states to launch and manage national welfare but the rights of individuals to be free from harm and to enjoy a rudimentary government that at best averted disaster and abjection. This was especially so in the socioeconomic realm, where a measure of social equality was simultaneously forsaken by faltering welfare states as an ideal. The basis in national and frequently ethnic solidarity that had allowed for higher levels of redistribution within national settings had admittedly come along with built-in exclusions. But in exchange for its inclusion and even cosmopolitanism, the rise of human rights abandoned any egalitarian pressure in theory and practice.

In the face of distributive inequality, the human rights movement must acknowledge its limits. Somebody else will have to step in. Unlike some Marxists, I think it is foolish to blame human rights for the explosion of inequality in our time, even though the former became globally prestigious just when the latter began. In a vulgar formula, neoliberalism, not human rights, is to blame for neoliberalism. The real trouble is that those systems of law and programs of action that have so far been established around socioeconomic rights have made of them neither an enabling tool, nor a threatening enemy, but a helpless bystander of market fundamentalism.

Could a different form of human rights than the legal regimes and movements spawned so far correct this mistake? I doubt it. To be absolutely clear, this is not to contradict the moral significance and possibly even historical success of human rights when it comes to their core uses in combating political repression and restraining excessive violence. But when inequality has been contained in human affairs, it was never on the sort of individualistic, and often anti-statist, basis that human rights do indeed share with their market fundamentalist Doppelgänger.

And when it comes to the necessary mobilizational complement to any program, the chief tools of the human rights movement in its most renowned and possibly successful campaigns—the critique of state repression and the melioration of disasters of war—are simply not fit for use in the socioeconomic domain. It is in part because the human rights movement is not up to the challenge when it comes to each and every of its self-assigned tasks, that it has been condemned to offer no meaningful alternative, and certainly no serious threat, to market fundamentalism. The success and prestige of human rights in our day—and the absence of other political approaches—has bred the mistake of the man who, lacking anything but a hammer, then treats everything like a nail. The drastic mismatch between the egalitarian crisis and the human rights remedy demands not a substitute but a supplement.