The UN’s human rights bodies can’t solve the problem of climate change – but that doesn’t mean they have no role to play in pushing for more ambitious action to meet this global threat.

In December this year, world governments will meet in Paris to agree a new binding treaty to halt and ultimately reverse global climate change. The 21st Conference of the Parties to the UN Framework Convention on Climate Change (UNFCC), known as COP21, is one of the most important environmental conferences ever to be held. But, as argued in a new Policy Report from the Universal Rights Group, it is also one of the most important human rights gatherings of the past half-century.

The ability of states to reach—or not—a new and ambitious global agreement in Paris will have a determinative impact on the lives, prospects, hopes, dignity and rights of millions of people around the world.

The consequences of climate change for the enjoyment of human rights have been considered and recognised by the UN on many occasions. The international community has also repeatedly called for human rights principles to be integrated into global climate change policy responses, in order to strengthen those responses and make them more reflective of, and accountable to, the needs of vulnerable people.

The consequences of climate change for the enjoyment of human rights have been considered and recognised by the UN on many occasions.

Despite these steps, Stephen Humphreys, in a recent article for Open Democracy, concludes that, when it comes to climate change, “… human rights law and lawyers—and the human rights movement as a whole—has little useful to say and no obvious role to play.”

While such a downbeat assessment is surprising, especially when coming from someone who has played a leading role in shaping the human rights and climate change debate for nearly a decade, it is easy to see why Stephen has developed doubts.

The stark truth is that early rapid progress (from 2007 to 2011) in driving forward and leveraging the ‘human rights and climate change’ agenda stalled after COP16 in Cancún. From late 2011 to late 2014, little or no progress was made in using human rights concerns to generate greater ambition in the UNFCCC talks, or in integrating human rights obligations and principles into (international and domestic) climate change policy.

So, does that mean the international human rights community has “little useful to say and no obvious role to play?”

The answer to this question depends on the expectations one has for the role of the international human rights system.

Of course the UN Human Rights Council and its mechanisms cannot solve the contemporary climate crisis. But nor should they – it is neither their responsibility nor their mandate in the UN architecture.  The mandate of the Council, as set down in GA resolution 60/251, is to ‘mainstream’ human rights across other UN institutions, mandates and policies—not to absorb those mandates or take over those policies.

Fulfilling this mainstreaming mandate is what the Council set out to do in March 2008 with its first resolution on human rights and climate change (resolution 7/23). Its goal was to demonstrate that climate change has negative implications for human rights (not a given at the time); to delineate the nature of those implications (e.g. which rights, which population groups are most affected); and to urge the relevant parts of the UN to be guided by concern for human rights, when crafting policy responses.

When measured against these objectives, the performance of the international human rights system may be seen in a more positive light.

Slowly but surely, and building on the Cancún Agreements, human rights are being mainstreamed into climate change negotiations, processes and policies. 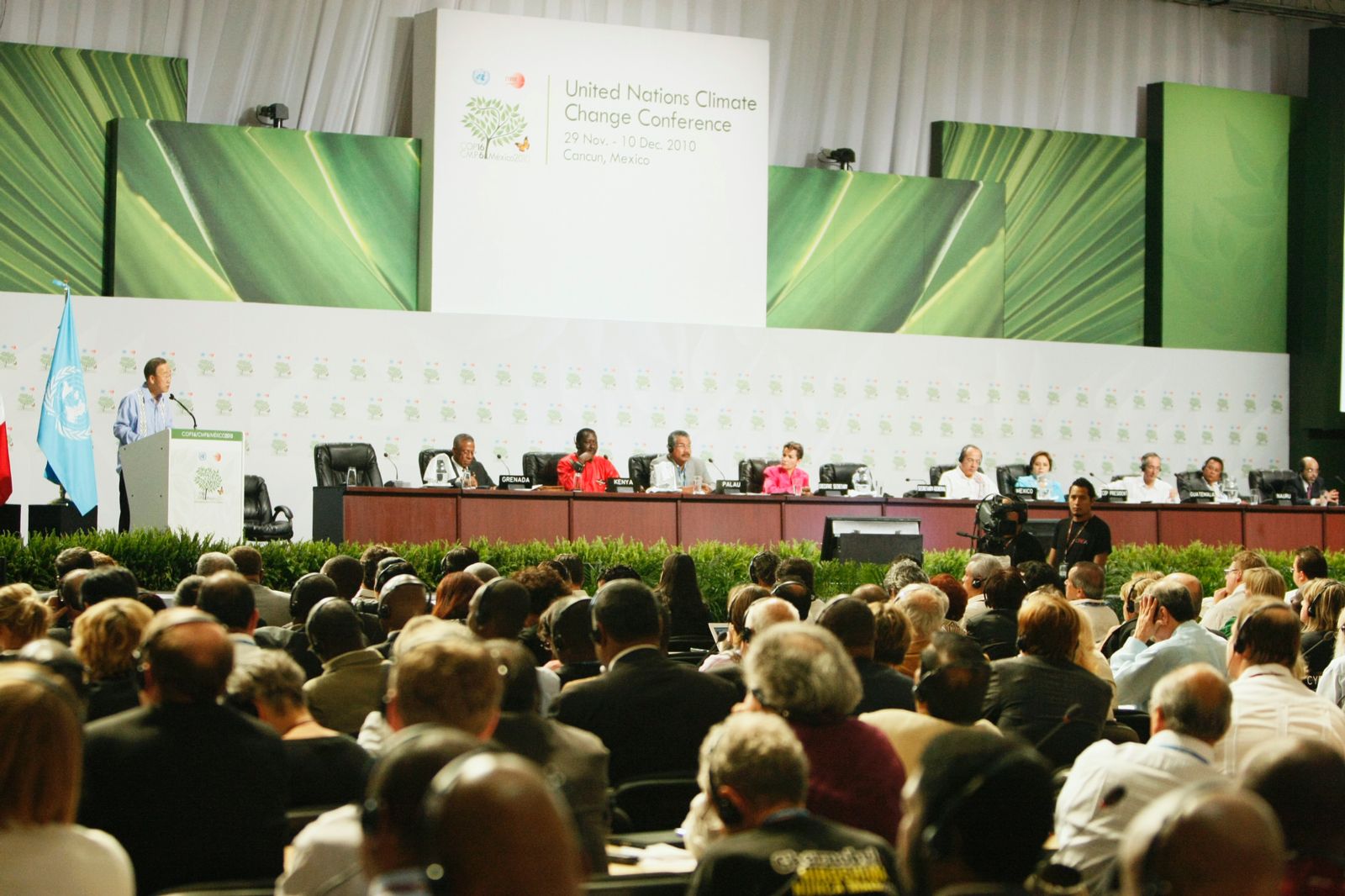 National Communications (national reporting) under the UNFCCC offer one example of this. A recent report by the Mary Robinson Foundation—Climate Justice (MRFCJ) found that, of those countries that have submitted National Communications and national adaptation plans of action, 49 made explicit reference to human rights (including many who co-sponsored Council resolution 7/23).

As the world looks towards COP21 in Paris, there are, moreover, further signs of renewed momentum behind human rights mainstreaming in international climate policy.

A number of actors have taken steps to leverage the language of human rights to press for more urgency and ambition in the climate change negotiations, and to more robustly integrate human rights principles and obligations into international and domestic climate policy. In October and December of 2014, dozens of the UN Special Procedures mandate holders issued joint statements calling on states to integrate and take heed of human rights obligations in action on climate change.

In February 2015, the Government of Costa Rica launched the ‘Geneva Pledge for Human Rights in Climate Action.’ The signatories to the Geneva Pledge have committed to “enable meaningful collaboration between our national representatives in these two processes [i.e. the UNFCCC and the Council] to increase our understanding of how human rights obligations inform better climate action”. Shortly afterwards, a representative of France, the incoming chair of the COP, called for human rights to be integrated into the Paris negotiations in order to reach “an ambitious and just agreement” at COP21.

A final recent promising step was the Human Rights Council’s decision to renew and strengthen the mandate of the Special Rapporteur on human rights and the environment. In an early signal of his intent to leverage this role to help promote greater ambition in Paris, in April 2015 the Special Rapporteur spearheaded a joint submission by 14 Special Procedures mandate-holders to the COP UNFCCC on the potential implications for global human rights of a 2°c or a 1.5 °c increase in global average temperatures.

These are, of course, relatively small steps when set against the enormity of the human rights challenges posed by climate change. But that does not mean the international community should not continue to take them. It remains vitally important for international climate change policymakers, when they convene in Paris later this year, to understand the human rights implications of the decisions they are expected to take, especially for the most vulnerable members of society. And it remains important for States to implement any agreement reached in Paris in a manner consistent with their international human rights obligations. These objectives are still worth fighting for.