When it comes to the ICC’s impact on peace processes, we actually know very little, which may be because we are asking the wrong questions. It’s time to create a stronger analytical framework—including examining cases of ICC non-intervention—to properly understand the positive and negative effects of the Court.

The debate over whether pursuing international criminal justice is helpful or harmful to peace processes has become a fixture in the realms of international relations and international law. Should justice be pursued in the context of ongoing conflicts? Should it be delayed or shelved altogether?

Questions about the International Criminal Court’s (ICC) impact center around the dilemma of whether it is helpful (or not), to pursue accountability in the context of ongoing or recently concluded conflicts. While not unique to the ICC, the nature of this dilemma has been both heightened and made permanent by the establishment of the Court. While some of its predecessor tribunals ended up indicting active participants in wars, the ICC was specifically designed—and is increasingly expected—to intervene in the context of active conflicts. Political violence is often still raging when the Court is requested to intervene. As the recent crises in Syria and Palestine demonstrate, the ICC is often expected to intervene as a first responder to emergent political violence. 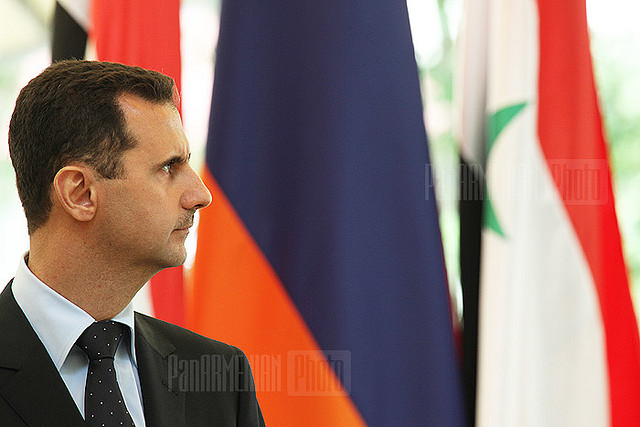 Syrian President Assad - immune, so far, from investigation by the ICC.

Many opponents and proponents of the ICC have become entrenched between two harshly dichotomous positions: there is no peace without justice or there is no justice without peace. Advocates of the ICC argue that the Court's interventions can deter crimes, marginalize potential perpetrators and induce warring parties to negotiate peace. Critics counter that the ICC removes the incentives of its targets to negotiate peace, instigates greater levels of violence and deflects from alternative—and potentially more effective—means of conflict resolution.

In some instances, both sets of arguments can be witnessed concurrently. In the case of the ICC's intervention in northern Uganda, some researchers claim that the Court's arrest warrants for Joseph Kony and four other senior members of the Lord's Resistance Army (LRA) prodded them into attending the Juba peace negotiations. Others argue that the ICC arrest warrant for Kony presented an insurmountable barrier to achieving a comprehensive peace agreement between the LRA and the Government of Uganda.

It is also commonplace to hear observers and scholars insist on the need to move beyond the so-called “peace versus justice” debate. But this is misguided. There is no reason to doubt that the tensions and dilemmas of pursuing international criminal justice in the context on ongoing conflicts are real. Likewise, there is no reason to doubt that the project of international criminal justice complicates conflict resolution. It certainly does. The problem is that we still don't know why or how. And we are very far away from knowing whether or not, on the whole, ICC interventions are having a positive influence on conflict, peace and justice processes.

We are very far away from knowing whether or not ICC interventions are having a positive influence on conflict, peace and justice processes.

Given the amount of ink spilled on elaborating the ICC's impacts, it may be surprising that we actually know very little about the Court’s effects on peace processes and conflict resolution. Indeed, as the former Chief Prosecutor of the International Tribunal for the Former Yugoslavia and the former Director of the International Crisis Group, Louise Arbour, observed: “We all repeat the mantra that there can be no lasting peace without justice; and that’s true enough. But I don’t think that we have yet resolved the inevitable tensions between the two in a workable fashion.”

This is at least in part because we haven't been asking the right questions. To achieve a firmer grasp of the effects and non-effects of the ICC, three issues need to be explored in greater depth. First, how is a situation referred to the ICC? It surely matters whether the ICC intervenes in a conflict at the behest of the UN Security Council versus a referral by a member-state. Different referral mechanisms bring with them different kinds of political baggage for the ICC to sort through. Crucially, the Court needs to achieve cooperation in collecting evidence and to potentially enforce arrest warrants. That cooperation depends on the referring party—and likely means that they won't be targeted for prosecution. This, in turn, leads to asymmetrical attribution of accountability and responsibility for political violence and atrocities. In this context, it should come as little surprise that Security Council referrals have led the ICC to primarily target government officials while self-referrals by ICC member-state have resulted in the Court targeting government adversaries and rebel groups.

This brings us to a second issue: who is targeted for prosecution and who isn't? Research on the ICC has focused primarily on the targets of judicial sanction. It has assumed similar behaviour across target-types. Potential differences in targeting a head of state like Muammar Gaddafi versus a hardened rebel like Joseph Kony are rarely considered. Instead, they are both said to either have the same incentives to negotiate because of the ICC, or the same predilection to dig their heels in and fight to the death because of the ICC.

More attention needs to be focused on how the Court's interventions affect non-targeted parties. In Libya, the ICC's intervention against the Libyan regime bolstered the resolve of the opposition to reject negotiations with the “criminal” Gaddafi and emboldened rebel forces to pursue a military solution to the war. In Uganda, the ICC's intervention legitimized the Government of Yoweri Museveni, which was able, in turn, to rescue its reputation after a disastrous—and possibly criminal—handling of the war in northern Uganda.

Lastly, it is critical for scholars of the ICC to consider what other contextual dynamics of peacemaking and conflict waging can explain developments that would otherwise be ascribed to the ICC. To use the example of the LRA committing to the Juba peace talks in 2006, research suggests that the 2005 Comprehensive Peace Agreement between Sudan and South Sudan (both of which were proxies in the war between the LRA and Uganda) had as much, if not more, of an impact on pressuring the LRA to come to the negotiation table.

Here it would also be useful for researchers to examine cases of ICC non-intervention. All things being equal, Syria is a case in which few would deny a Court intervention is warranted, but where an ICC investigation simply cannot take place because Syria is not a member-state of the ICC and the Security Council has not referred Syria to the Court. Yet many of the presumed effects of ICC interventions—failed peace negotiations, prolonged violence and the continued commission of atrocities—can be seen in Syria. Learning from cases of non-interventions can help scholars better refine analytical frameworks for studying the impacts of the ICC and the interplay between the Court's interventions and key causes and drivers of political violence.

The original claims on both sides of the peace-justice debate are stagnant, stubborn and consistently recycled. But the solution to the impasse is not to do away with the debate altogether. What we need are more analytically nuanced and empirically rich accounts of how the ICC affects the conflicts in which it intervenes—as well as how it doesn't. This starts with asking the right questions and accepting the old adage that the more we know, the more we know what we don't know.

Mark Kersten is the Deputy Director of the Wayamo Foundation and a Fellow at the Munk School of Global Affairs. He is the author of the book and blog, Justice in Conflict.