The video documentary series on "IMF and Human Rights" and the podcast Promise is Debt are political and cultural tools to limit the control of finance over our lives. 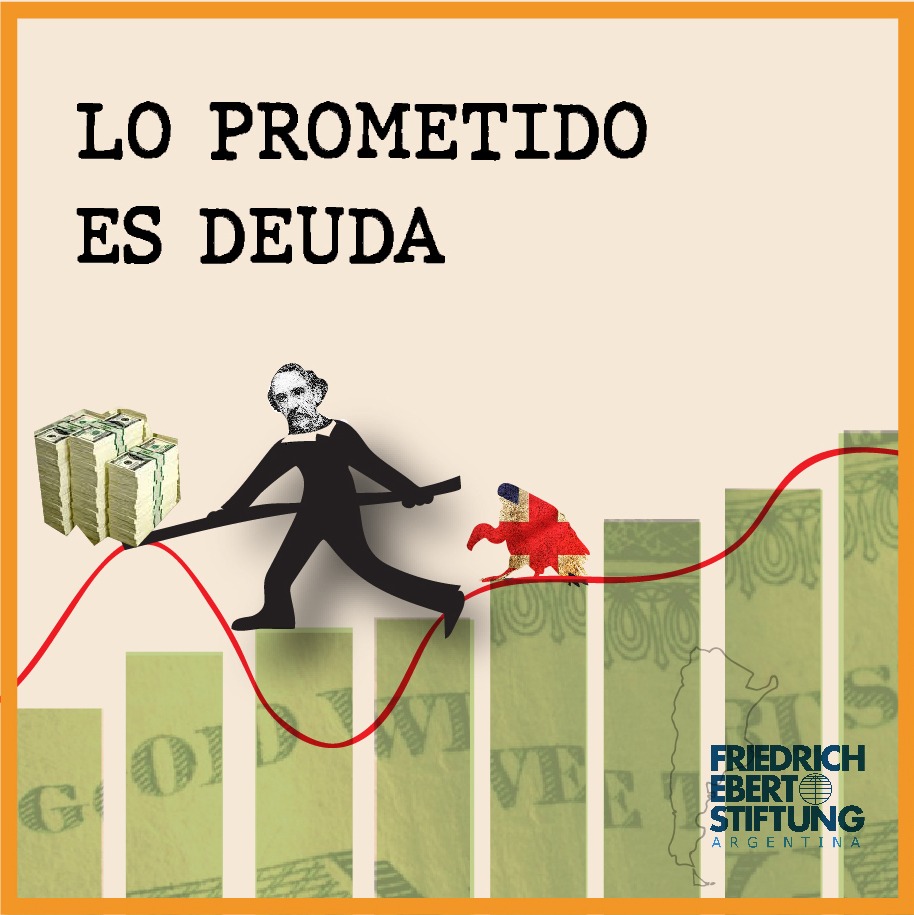 The world of finance has expanded and become more sophisticated in recent decades and has penetrated state management and everyday life. Its expansion has been tied to neoliberal structural reforms and rising inequality around the world, with pernicious effects on the most vulnerable people. Households resort to debt to get by on a day-to-day basis and this credit acts as a disciplinarian against rebellion. States also take on debt, the weight of which imposes the interests of creditors on sovereign fiscal management.

On a concrete level, one of the key mechanisms of financial subjugation is the International Monetary Fund (IMF), which often violates the human rights of the populations of its client states through fiscal adjustment, non-inclusive, and unsustainable forms of growth and structural reforms. Yet, the IMF is unaccountable and even perceived by some to be above rights.

Finance seems within everyone’s reach except when it is discussed in the public arena. Breaking the technical and hermetic discourse that surrounds it, abstracted from democratic and cultural debates, is vital to regain control of our lives.

In order to audit and limit IMF policies, a team of rights practitioners in Argentina from civil society and academia, with the support of the Friedrich-Ebert Foundation in Buenos Aires, created a series of audiovisual communication projects to limit the control of finance over our lives.

The series of video documentaries on "IMF and human rights" and the podcast Lo prometido es deuda are political and cultural tools which aim to put a human rights lens on the actions of this international organization, which operates as the key and gendarme of the international financial system. A human rights frame provides a hermeneutic and political context to assess the effects of this action, but also to limit its attributions. The IMF cannot assume itself to be above human rights.

The project’s interest does not express pure voluntarism. It is articulated on the basis of a series of academic papers and reports by national and international experts, and reports by social organizations as a map of the links between the IMF and human rights. The central part of this joint work was duly published in an academic format and disseminated by OGR.

Nevertheless, this format only appeals to those who are already interested. How, then, can this specialization be broken down? In order to reach a wider audience that can appropriate these tools and at the same time contribute to strengthening common sense around finance from a rights-based approach, it is necessary to resort to other communication strategies. A sort of translation that could convey the fundamentals in an inclusive way.

It is, after all, a quest to strengthen transparency and democracy and to provide tools to enrich public debates. The team that prepared this article, with the support of the Friedrich-Ebert Foundation (Buenos Aires), produced two seasons of podcasts and a series of audiovisual episodes.

All these projects were made in Argentina in a context in which the problems of public debt and the IMF are, in a dramatic way, on the daily public agenda. During the Cambiemos government (2015–2019), the country went through a process of accelerated indebtedness—both with private creditors and with the IMF—without any productive counterpart. The crisis in which the country plunged from 2018 severely damaged wages, social allowances, and pensions, raising poverty to historically high levels. The pandemic and the recession only aggravated this trend.

There is public interest in understanding the issue in the country, and the key to leveraging a human rights perspective is to portray the scale of the problem so that it is not just in the hands of financiers. In this way, a more egalitarian society can be built where finance serves the people, and not the other way around.

The podcast was produced to bring a cumbersome, technical, and often tedious subject to a curious audience, but without professional or academic language. The main challenge was to find a way to "translate" technical terms, historical contexts, and even economic theories into  colloquial, pleasant and direct language without losing rigor when explaining processes and providing data and information.

In 2021 we also proposed to expand our approach with an audiovisual format that seeks to  make connections with everyday life. This strategy is part of the practices that document and give critical voice against global injustices. This format is useful to reach other audiences and replicate easily in social networks. Precisely, in this case, the videos are part of the adaptation or translation of academic concepts in an audiovisual language inserted in the intersection of academic networks and social networks. The purpose of the work was to occupy a space in the narratives that reach an audience that does not necessarily participate in academia but has an interest and is even part of human rights activism.

In order to carry out the translation, it was necessary to establish a dialogue beyond the basic disciplines of those of us who made up the team. Those of us who were in charge of compiling the academic work had to explain the central points we wanted to convey. Thus, we not only had to define the content aspects but also achieve empathy in the tone to be conveyed in the new formats.

In both formats (podcast and videos) we used archival material, extensively compiled in various open repositories. The selection, adaptation and incorporation was a systematic task that builds the overall aesthetics of the concept. Getting images and sounds that appeal to the audience, either because of their prior knowledge or because they are eye-catching, helped to capture attention.

The final editing was a moment of total construction of the narrative. That is, the articulation of the parts in order to put together a narrative that dialogues with the research and contributes to the discussion of the link between debt, IMF and human rights. In fact, the cover image of the academic dossier, designed by Ana Yael, was also the central image in the videos. Once the series was ready, dissemination on social networks was a key part of the task, which has served to widely disseminate the results.

Cultural rights are also among the rights violated by excessive indebtedness and the pernicious conditionalities of creditors, in particular the agreements reached with the IMF. Budget cuts to support cultural projects are often one of the first victims of fiscal adjustment. This affects the possibility of building an audiovisual identity of its own in Latin America.

At the same time, the doors are opened for the entry of foreign capitals that use human and natural resources to exploit audiovisual narratives at a very low cost, and do not return concrete contributions to develop the local audiovisual industry. Just the fact of making a video series on the IMF and human rights from Argentina is part of this discussion, of this resistance, even if it is not explicitly talked about.

There is another implication regarding cultural rights. The right to science (which was "dormant" until the pandemic), also implies offering scientific (in this case social) development in a format that is accessible to all. We invite the OGR audience, again, to see, hear and feel why and how the relationship between the IMF is so problematic.

*Additional support from Mauro Suchodolski, who is a senior technician in radio production and creativity as well as a podcast editor.

María Julia Eliosoff Ferrero is an economist and teacher. She is also a project coordinator at FES Argentina.

Ana Fraile is a documentary film director and producer, who has a Masters in Human Rights from Universidad Nacional de San Martín (GCHR-UNSAM).

Julián Marini is a senior technician in radio production and creativity, a content producer, and scriptwriter.

Lucas Scavino is a documentary film producer, director, and professor of editing at ENERC, UNA and UNTREF.