We must seek technologies from the ancestral past of native peoples and connect them with the knowledge from the urban peripheries. 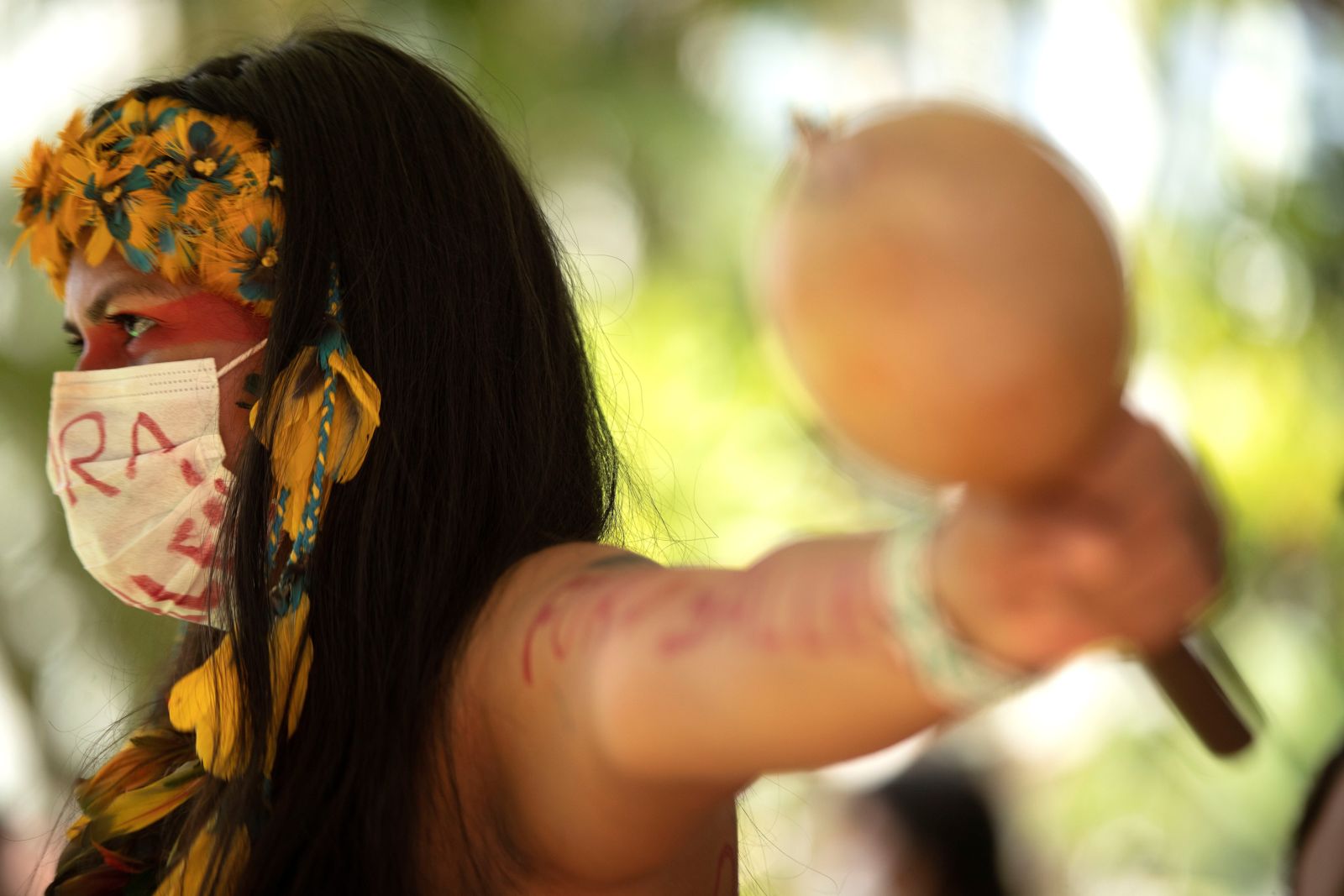 Indigenous people of various ethnic groups protest demanding the demarcation of their lands and the departure of the Minister of Environment, Ricardo Salles, in Brasilia (Brazil). EFE/ Joédson Alves

Legislative advocacy work in the National Congress for the defense of socio-environmental rights in Brazil has never been easy. Civil society organizations, supported and legitimized by social movements, have always faced nebulous obstacles when dialoguing in the frozen chambers of Brasilia with parliamentarians and their advisory teams.

However, the Covid-19 pandemic and the federal government’s intentional mis-management of the population's life opened space to pass bills that violate basic and fundamental human rights without dialoging with civil society. As a result, civil society movements and organizations were forced to pursue alternatives ways of mobilizing and denouncing harmful practices.

From my home in the outskirts of the eastern zone of the city of São Paulo, I experienced the process of collective advocacy with a network of organizations who were challenging the draft General Environmental Licensing Law. In general terms, the bill makes the granting of environmental licenses more flexible with little security, which threatens the rights of Indigenous peoples and eliminates the possibilities for Brazilian society to follow a constitutionally envisaged path of sustainable development.

With every email sent to parliamentarians, at every attempt of telephone contact and pressure through social networks, we felt that none of our messages would reach Brasilia. The reason being not the coronavirus itself or pandemic-related security protocols, but rather the use of the situation to create a space for exclusion from social participation and public debate by the institutional political machinery.

Alongside this project, another legislative proposal which directly affected the right to existence of Indigenous populations demanded our efforts on different fronts.. The bill, 490/2007, used the thesis of the "temporary milestone" under discussion from the Action of Non-Compliance of Fundamental Precept (ADPF) 709/2020 to expand the unconstitutional non-compliances that, in short, suggest a series of alterations in the rules of demarcation of Indigenous lands and in other issues involving the “Statute of the Indian,” which directly and indirectly harms the possibilities of existence of Indigenous peoples in the country.

For this last legislative proposal, in addition to the routine manifesting of parliamentary advocacy, providing technical advice to the legislative chambers, and demonstrating through social networks in search of support from civil society, we organized a land uprising in the conflictive territories of Brasilia.

Thus, Indigenous people from different parts of the country marched to the capital to make visible their struggles against a setback that could completely change the life routines of native peoples. In this mobilization, in addition to suffering the indifference of the National Congress, which ended up approving the bill in the most important legislative commission of the chamber - the Constitution and Justice and Citizenship Commission (CCJC) -, these indigenous leaders were also subjected to strong police repression and narrative distortions by government leaders, which were articulated to reduce the relevance of the agenda.

In this sense, from our position in Conectas, as a human rights organization, it is up to us to support the mobilizations, articulate international denunciations, and use all the instruments of denunciation to stop the backlash.

And from my particular place as a young Black woman living in the urban periphery of the city of São Paulo, there are contradictions in the results of socio-environmental defense. When moving away from the daily life of Indigenous peoples, but working in the defense of socio-environmental rights, what remains is the feeling of claustrophobia by those who see from their windows the socio-environmental regression and the violation of human rights advancing at a frightening speed, such as hunger, unemployment, job insecurity and the advance of racism in all its faces.

The socio-environmental setbacks described above contribute more elements to the already traced and denounced path of necropolitics and genocide that has been traced by official Brazil, by institutional policy in its different spheres. At some point in the past, it was more possible to influence the National Congress to stop the retrocessions, to elaborate technical opinions to influence the Judiciary, and to articulate denunciations with international organizations to put pressure on Brazil.

Today, the degree at which these actions are palliative and ineffective in isolation shows us that our structures will always be fragile. And this fragility must be read as such, so that we can find in the survival gaps of marginalized peoples, in the Indigenous and quilombola resistance, in the strategies of struggle and articulation of Back peoples in the urban peripheries, ancestral tools that complement our struggles today.

Rather than waiting for the technologies of a future that will continue to pass through the sieve of the same holders of power, we must seek technologies from the ancestral past of  native peoples and connect them with the knowledge of the urban peripheries, of the quilombola territories, of the rural leaderships, so that solid bridges can be built between all the small insurgent gaps.

In the end, what needs to be transformed within political advocacy in the face of the pandemic is not only its modus operandi, but in a deeper way,  its formal validity in spaces that claim to be democratic but that, at the first breach encountered, undermine the possibilities of dialogue with the voices of civil society.

It is necessary that, in addition to making visible the ineffectiveness of the mechanisms of participation that were under our right, we should be in favor of radical changes in the current participatory structures. That the Brazilian government takes into account the peoples most affected by the setbacks, so that they can contribute to making the Brazil that emerges from these defaults that we protect and defend by becoming the Brazil officialized in institutional politics, again, as it may have started in more democratic times.

Thaynah Gutiérrez Gomes is a public administrator and project advisor at Conectas Human Rights. A newcomer to socio-environmental issues, Gomes seeks to find bridges between public administration and human rights from the perspective of community solutions.