Even in relatively stable democracies, it is far easier to support the idea of human rights than to examine one’s own society critically. This problem is compounded in Israel, where the country is deeply invested in its democratic self-image, even as it rules four million Palestinians through an inherently repressive military regime. Palestinians may be the occupation’s chief victims, but for most Israelis, they are first and foremost bitter enemies in violent conflict.

According to international law, Israel, as the occupying power, is responsible for protecting the rights of the Palestinian population under its control. Most Israelis, however, view the notion of “protecting Palestinian rights” as akin to supporting the enemy.

These sentiments intensified following Israel’s 2008-09 Gaza war, and in 2009, the country elected a hardline nationalist government that pushed forward some of the most anti-democratic legislation in Israel’s history. In response, Israeli peace and human rights groups stepped up their actions. 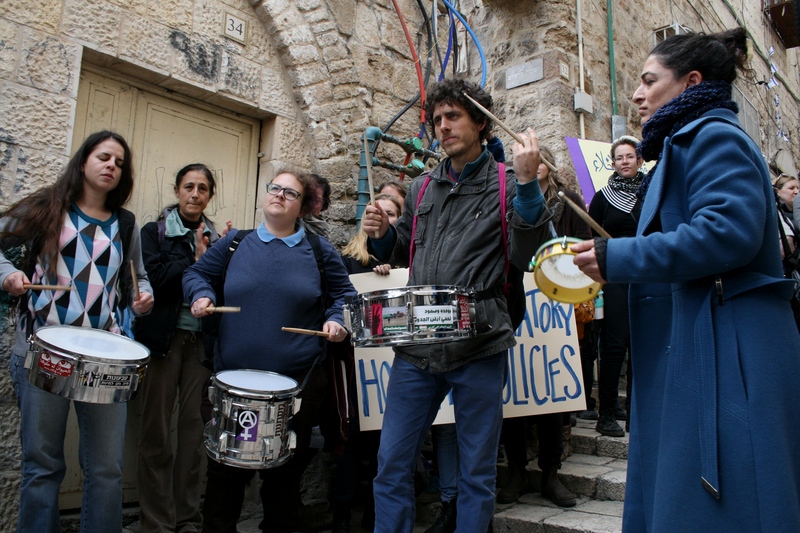 Israeli civil society groups faced a real dilemma. Should they use terms and ideas amenable to the general Israeli public, but which would possibly restrain their full human rights message? Or should they “push the boundaries” of public discourse, even though most of their compatriots disagreed with their message? This dilemma remains in the air today, and there are no easy answers.

Opinion polls on human rights in Israel reflect these contradictions. A 2011 survey I conducted for a consortium of human rights organizations defending Palestinians in the occupied territories shows that Israelis embrace the human rights idea in the abstract, but resist its implementation by Israeli organizations on behalf of Palestinians. I conducted this research on a random sample of 600 Israeli Jews in May 2011, via telephone (+/- 3.5% margin of error).

Our survey revealed that two-thirds of the Jewish public held favorable views of “human rights”, broadly conceived. Three-quarters (77%) of self-described left-wingers gave human rights a grade between 51 to 100, the range we asked respondents to use if they felt favorably (0-49 stood for an unfavorable response, while 50 was neutral). The data revealed similar responses from 60% of right-wingers, and 67% of self-identified “centrists”. In fact, even 60% of those who had recently voted for nationalist or hardline religious parties were favorable, while 90% of the overall sample said that Israel, as a democracy, should be more aware of human rights principles.

When we asked respondents for their views of Israeli human rights organizations in general, however, public support took a dive; only 41% gave them a favorable rating, compared to 61% for the term overall.

These findings were surely influenced by the post-2008/09 Gaza war context. When the fighting ended, the United Nations (UN) charged an international commission with examining possible war crimes on both sides. The Israeli government refused to participate, but various Israeli rights groups provided information to the commission. Some Israelis accused these NGOs of treason—many felt generally betrayed.

Support plunged even further when we asked respondents for their attitudes towards Israeli human rights organizations specifically dealing with Palestinians in the territories. Here, just 20% of our sample reacted favorably, down from the 60% who had approved of human rights in the abstract, and the 41% who had approved of Israeli rights groups in general (see Figure 1).

According to my ongoing survey research in Israel, , just under half of all Israelis in representative samples describe themselves as “right wing”—by far the largest of any political group. Self-described “leftists” and “centrists,” by contrast, number approximately 20% and 20-25%, respectively, or about 40-45% of the Israeli public in total. The majority of Israel’s Arab-Palestinian citizens, who make up roughly 20% of the population, self identify as “leftist.” Among Jewish Israelis, the self-identified right wing is commonly over 50% in surveys, sometimes even as high as 60%. Public discourse in Israel thus tends to reflect and reinforce the political right’s narrative, rather than that of the left or center.

The 2012 and 2014 wars between Israel and Hamas forces in Gaza intensified these trends. Israel’s devastation of Palestinian life could, in theory, have raised sympathy among Jewish Israelis, but Hamas precluded most such sentiments by lobbing rockets at Israeli cities.

No parallel surveys have been carried out since 2011, but there is little reason to believe that Israeli society has grown more supportive of NGOs working for the rights of those it fears. Were our 2011 survey to be repeated today, the trends would likely be similar. If anything, the more hardline demographic groups have only grown in the intervening years.

These trends reinforce the longstanding dilemma facing Israeli rights groups. Should they focus on changing policy at the decision-making level, rather than wasting time, resources and emotional energy to convince an unwilling and often uninterested Jewish-Israeli public?