For the first time in its history, the Court explicitly stipulates clear business and human rights standards to be met by states and companies. 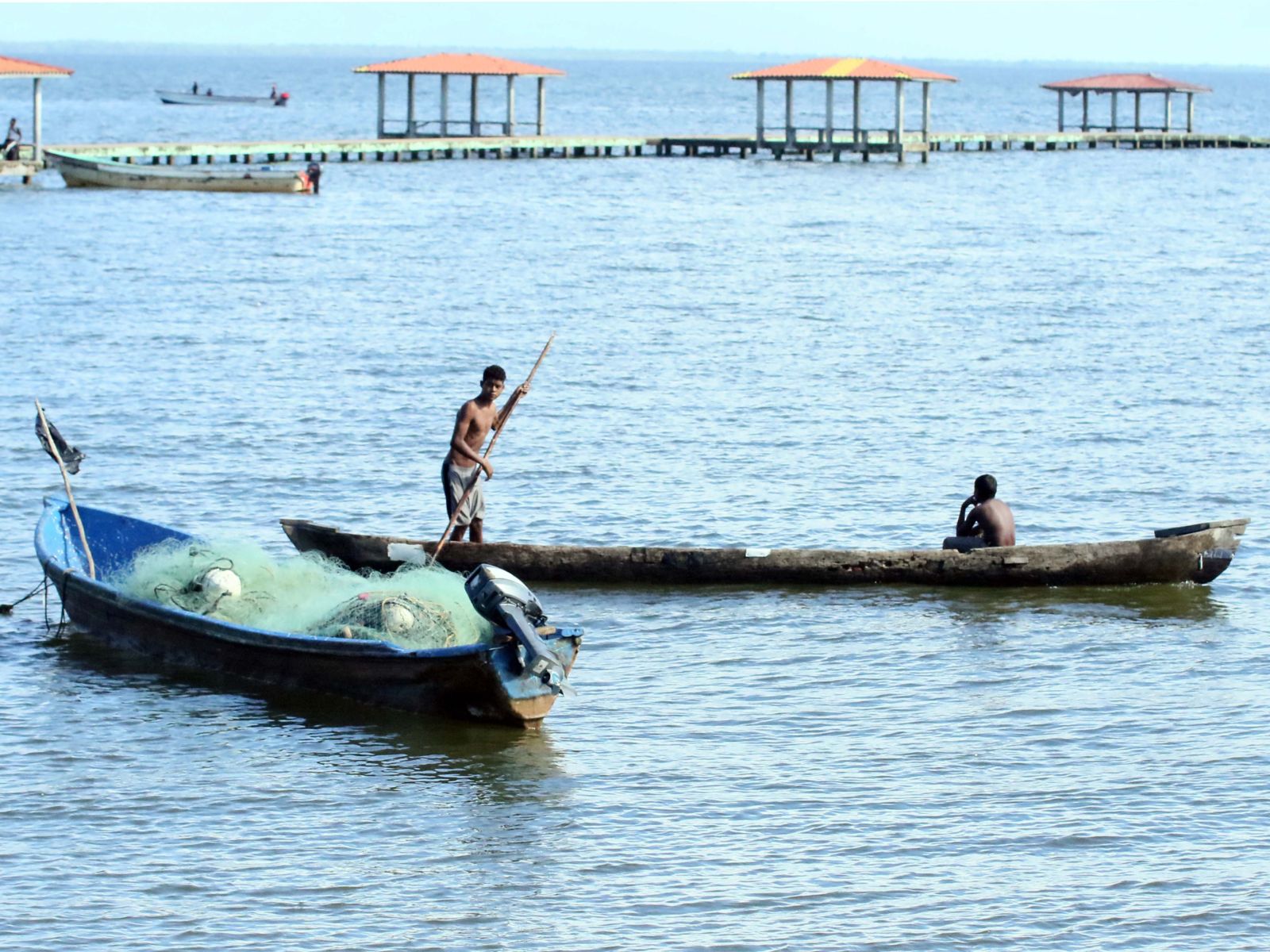 Two fishermen sail on the dock in the municipality of Puerto Lempira, on November, 2021, in the department of Gracias a Dios, Honduras. Divers disabled by the lobster catch in the depths of the Honduran Caribbean cry out for help to continue surviving and for the State to comply with the recent ruling of the Inter-American Court of Human Rights (IACHR), which ordered a series of economic reparations. EFE/ Germán Reyes

In August 2021, in a landmark ruling in Miskito Divers v. Honduras, the Inter-American Court of Human Rights ruled in favour of 42 members of the Miskito community who sued the State of Honduras over human rights violations resulting from the State’s failure to regulate, supervise, and oversee the practice of dangerous activities by private companies in the deep diving lobster fishing industry.

In its ruling, the Court mandates Honduras to regulate the fishing industry; and importantly, for the first time in its history, sets business and human rights standards under the American Convention on Human Rights (ACHR) and the States which have adopted it.

The ruling marks a turning point in the Inter American Human Rights System by setting out obligations for States and actions to be taken by companies operating in Latin America, with regards to their duty to respect human rights.

Many fishermen in the Indigenous Miskito community in eastern Honduras depend on lobster fishing for their livelihood. Underwater fishing practices and working conditions are not regulated by the state and have turned into a high-risk extractive industry. Divers are exploited, forced to dive excessive hours with pressurized tanks, which often lack adequate maintenance. They receive no safety equipment and training and face dangerous repercussions for their health. The Pan American Health Organization estimates 97% of the 9,000 Miskito divers have suffered decompression sickness; almost half of them suffered total or partial disability. Many divers have died or disappeared.

The 2021 ruling endorses a settlement agreement earlier that year between the State of Honduras and 42 Miskito divers and their families. The agreement came 17 years after the divers first filed a petition with the Inter-American Commission on Human Rights in 2004, alleging the State of Honduras had violated their human rights by failing to regulate safe working conditions, prevent labour exploitation, and have effective administrative and judicial mechanisms.

The ruling favoured the victims and ordered the State of Honduras make reparations for the damages suffered.

The Business and Human Rights Principles stipulated by the Court

The Miskito divers’ case is the first time the Court has elaborated on the human rights responsibilities of companies. The Court went as far as to summarize the UN Guiding Principles on Business and Human Rights (UNGPs) and to affirm the obligations of states (as stipulated in Articles 1 and 2 ACHR) include those principles. Importantly, for the first time in its history, the Court explicitly stipulates clear business and human rights standards to be met by states and companies (hereafter “Miskito standards”).

In terms of a state’s human rights obligations, the Court affirms that states must prevent human rights abuses by private companies, including transnational corporations with supply/production chains in their territory, through effective legislative and other measures. They must also adopt and periodically assess the effectiveness of legislative and other measures to prevent abuses through effective human rights and due diligence policies and remedy processes. Finally, states must afford access to judicial or extrajudicial mechanisms for affected right-holders, diligent investigation, punishment of those responsible and reparation for abuses.

The ruling marks a turning point in the Inter American Human Rights System by setting out obligations for States and actions to be taken by companies operating in Latin America, with regards to their duty to respect human rights.

The ruling is significant in three aspects.

First, the Court has embedded the Miskito standards as an integral part of the human rights obligations of states as stipulated in the Inter American Convention on Human Rights. As such, Miskito divers v Honduras and the business and human rights principles stipulated therein, are an important source of law and take primacy over other sources of domestic law, in accordance with the Court’s doctrine of Conventionality Control.

Second, the Court ordered Honduras to regulate the fishing industry and oversee the situation of Miskito divers and affirmed the general obligation of states to enact mandatory human rights and environmental due diligence laws. Critics may argue the Court lost the opportunity to directly order Honduras to enact a mandatory human rights due diligence (mHRDD) law or to develop a National Action Plan on Business and Human Rights. A more hopeful reading of the judgement might suggest it did so already, albeit indirectly. The ruling provides an important incentive for states in the Americas to initiate and/or strengthen national mandatory human rights due diligence (mHRDD) laws in accordance with the Miskito standards.

And finally, the precedent set in the Miskito diver’s case is already shaping the human rights jurisprudence of the Court. For example, in Vera Rojas and Others v Chile (2021) the Court referred to the Miskito standards when analyzing the negative human rights impacts resulting from the unilateral withdrawal by a private health insurer company of home hospitalization treatment.

The Miskito principles stipulated by the Inter-American Court of Human Rights will continue to shape jurisprudence, law, and practice on business and human rights in the Americas. However, one obvious and important caveat remains: the jurisdiction of both the Court and the Commission are limited to states. This means Court rulings are only legally binding upon states and damages or reparations can only be assigned to them, not private actors like companies.

The Inter-American Human Rights system in its current form cannot directly hold companies legally accountable for human rights harm. To close this accountability gap, and ensure that victims of corporate abuse have access to justice, states in the Americas and elsewhere should adopt legally binding regulations at the national levels (through mHRDD laws) and international levels (through a legally binding treaty on Business and Human Rights).