I’m writing to say that I think you are a great actor! And, of course, handsome beyond belief!! I loved you in Oh Brother, Where Art Thou? I laughed my socks off watching you in Burn After Reading. I even felt sad for your hardened, self-possessed character in Up in the Air.

I’m sure you get many letters from your admirers, especially women like me. So at this point you are probably tempted to stop reading. Please don’t; I have something very important to tell you.

That report you just released on South Sudan — wow! Congratulations on once again capturing the limelight and drawing attention to the suffering and injustices of the world’s youngest country. You and your friend John Prendergast campaigned fearlessly for South Sudan’s independence, and your involvement helped convince the US and the international community to pressure Sudan to let go of its southern territory. When South Sudan was born in July 2011, you celebrated. The new President Salva Kiir was your friend, providing many a photo opportunity. You looked so handsome in those photos, exuding political vitality, making us believe in the humanity and goodwill of all people. 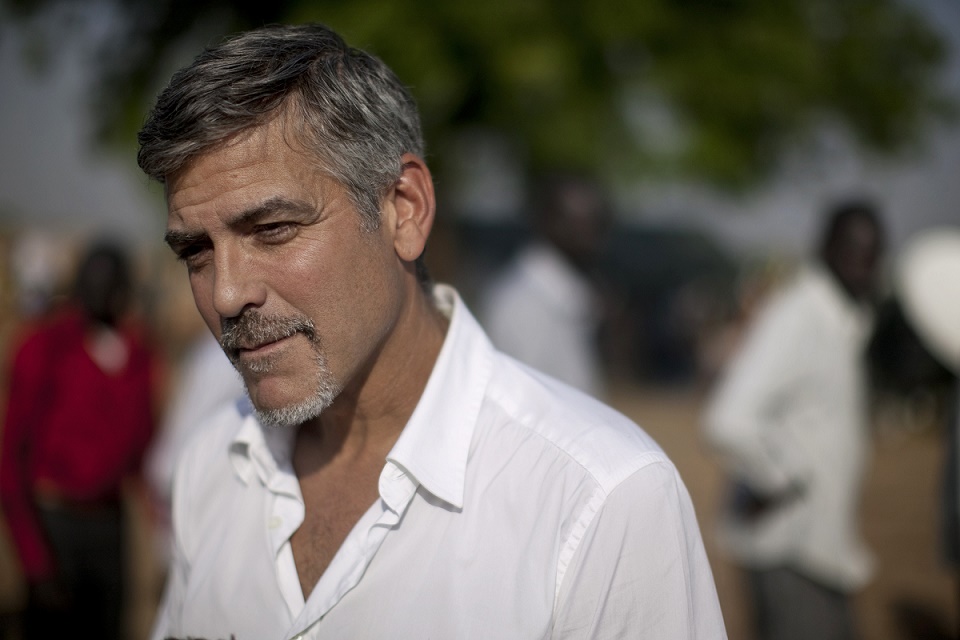 But things did not turn out quite the way you thought, did they? Nation building and peace processes do not follow Hollywood scripts, and there is not always a happy ending. South Sudan soon plunged into the most gruesome of civil wars. Killings, rapes abductions, the torching of villages all became routine. Tens of thousands have been killed. Two million have been displaced. There are more than 16,000 child soldiers. Meanwhile, South Sudan’s political elite have profited enormously, enriching themselves shamelessly and using their militias to profit from the war.

None of this is news, George! We have known for a long time and we did not need your two-year-long investigation to learn that the South Sudanese political elite is a corrupt, self-interested war machine. The international headlines may laud you for “revealing” and “exposing” the corruption and venality of South Sudan’s leaders, but what I want to know is why did you not speak up before?

For a humanitarian activist in a hurry, there was no time for hard thinking and detailed analysis.

Here is one scenario: In a Hollywood script, there must be good guys and bad guys, and in your quest to save South Sudan, President Salva Kiir and his former Vice President and now opponent Riek Machar were made to star as the heroes against the villains of Sudan. Complex political realities were made into a morality tale of good versus evil, of freedom versus oppression. Critical voices cautioning that independence might bring its own problems were brushed aside. The craving for media publicity was satisfied by simple stories. For a humanitarian activist in a hurry, there was no time for hard thinking and detailed analysis.

Now you turn around to find that the warnings have come true, that real life politics is anything but a morality tale: The heroes have turned villains, the morally good and oppressed have become the oppressors, the thieves, the murders, and the rapists. Some people say “I told you so,” but you feign shock and surprise, because of course you cannot admit that the warning signs were flashing like Hollywood marquees. The only way out is to pen another Hollywood script, this one starring George Clooney and John Prendergast as the lionhearted investigators exposing the venality of South Sudan’s political leaders and once again appearing as the saviours of this poor African country. Needless to say, the script carefully omits any mention of your longstanding support for these very same leaders.

Your character in Up in the Air leads off his motivational speeches with the question “What’s in your backpack?” For him, the question encourages a life free from burdensome relationships with either humans or material belongings. What’s in your backpack right now, George, is a relationship of political complicity with the situation in South Sudan. You may feel that your recent report atones for having overlooked the warnings and the atrocities without protest, and I agree that action now is better than no action at all, but that doesn’t absolve you from having contributed to creating this evil mess in the first place.

Like many people, I admire and welcome your political engagement, and I’m happy that you care about human suffering. Your activism can make the detachment of academic research seem bland, perhaps even irrelevant, but I do wonder — and sometimes worry — about the consequences of a global politics that increasingly resembles a beauty contest or a morality play. More than two years ago when I was editor of African Affairs, the premier journal in African Studies, we published several articles that documented the greed, corruption, and self-enrichment that your “investigation” has now revealed to such international surprise. Needless to say, these African Affairs articles could garner none of the media attention lavished on your report, perhaps because they do not offer either simple solutions or comforting stories of good and evil. So, I’m pleased that you have helped to draw attention to a situation that experts on South Sudan have warned about for several years. My fear, however, is that once again your involvement will not only reduce complex political issues to nice morality tales, but will also lead to emotional politics and irresponsible short-term activism and interventions.

I hope you will forgive my frankness. Meanwhile, I look forward to your next film.