Governments must partner with faith leaders to battle COVID-19, creating an opportunity to build necessary trust and cooperation with wider parts of the population. 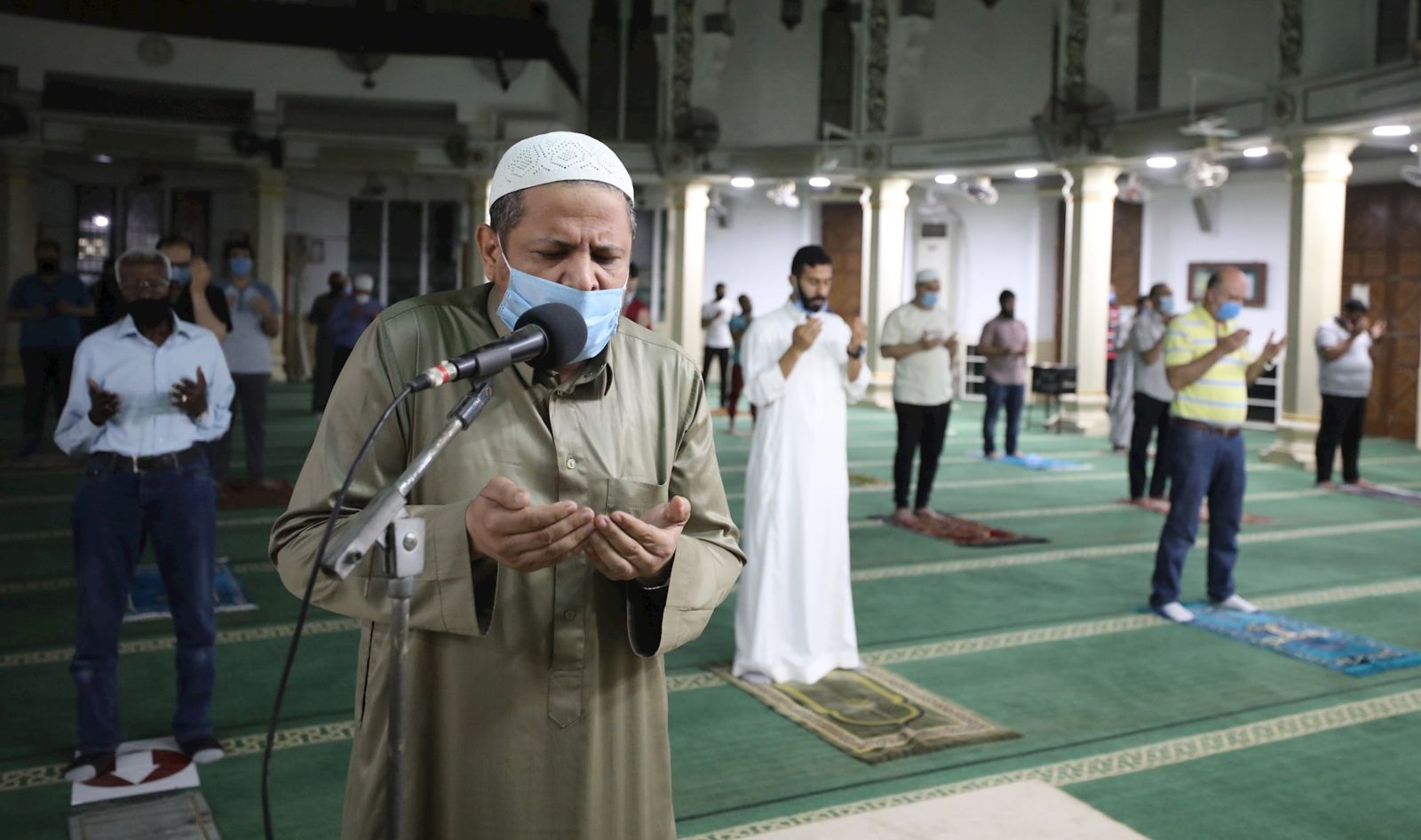 Mosques open in Egypt following health safety guidelines. In many places, religious groups are primary sources of comfort, information, and direct services for protecting the health and well-being of communities. EFE/EPA/Khaled Elfiqi

According to recent reports, several countries immediately responded to the COVID-19 pandemic by introducing temporary restrictions on certain human rights, especially those related to isolation or quarantine. These have had a dramatic impact on a broad spectre of human rights, including freedom of movement and assembly, which in turn have an impact on other rights such as freedom of religion or belief.

Trying to battle an invisible enemy, countries around the world have had different responses. In Malaysia, Australia, and Japan, places of worship were immediately shut down to prevent the spread of the virus in religious gatherings. Saudi Arabia closed its borders to Hajj pilgrims who made their way to the holy land of Islam. A nation-wide lockdown in Italy meant that people heard Pope Francis delivering his blessings in a hauntingly empty Saint Peter’s Square in the Vatican City as they tuned in from home. In the UK, the Humanists cancelled all ceremonies indefinitely. These are all examples of restrictions that conflict with the right to assemble and to worship in public. At the same time, no one should dispute the fact that the pandemic calls for temporary safety measures, which should be removed only when it is safe to do so.

In well-functioning democracies, citizens may reasonably expect their governments to lift the current restrictions in due time. However, in numerous countries there is concern that the pandemic will exacerbate authoritarian trends in government. With regards to religious communities and minorities, this may come in the form of continued stigmatisation, discrimination, and harassment.

In Iran, the government released 85,000 prisoners to prevent the spread of the virus, but reportedly placed some of the imprisoned Sufi religious community in overcrowded wards. In India, the pandemic is being used by the Hindu majority state officials to target the Muslim minority population who are being blamed for the rise in cases. In Georgia, authorities allowed religious gatherings for the Orthodox Christians during Easter but reacted with hostility when Muslims wanted to gather for Ramadan.

In an environment of scepticism making people accept temporary restrictions in their lives may prove even more of a challenge for state leaders.

In countries where leaders and politicians have a history of prioritising private over public interests, already established levels of public trust in political leadership are often low. Here, citizens may view additional restrictions over the ones they already face with fear and suspicion. The integrity of public officials will be questioned since they do not provide adequate public services such as health care. In such countries, citizens have few, if any, positive experiences with the state. Public health advice and measures may be ignored either because they are difficult, or even impossible, to implement or citizens not being convinced of the government’s intentions.

In an interview with the Norwegian Public Broadcaster (NRK), a young man in Nigeria refused to accept any violations of his right to practice his public prayer in the Mosque. He stated that he was convinced that God protected him against the virus. He thus did not need the government to tell him what to do. In Argentina, an evangelical church reopened itself as a bar in protest against the governmental lockdown on religious services despite gradual opening up of the country. Similarly, in some parts of the United States, pastors continued to organize religious services calling themselves ‘’essential services’’.

In an environment of scepticism making people accept temporary restrictions in their lives may prove even more of a challenge for state leaders. Involving influential actors such as local religious and belief leaders by giving them a role in supporting measures that could curb the virus may make a difference. However, in countries where general trust levels in politicians are low, proper cooperation between the government and various parts of society may pose a challenge in itself.

Involving influential actors such as local religious and belief leaders by giving them a role in supporting measures that could curb the virus may make a difference.

In a recent article, Norwegian researchers underline the important role of religious leaders in fighting Covid-19. In Norway, religious leaders and faith-based communities joined hands with the government to curb the spread of the pandemic. For instance, mosques quickly took an active role in limiting the spread of the virus through information sharing and guidance and were able to reach parts of the Norwegian population to which the government had poorer access. Churches too were quick to respond by switching to digital services.

The World Health Organization (WHO) on 7th April issued a set of guidelines and recommendations that emphasizes the importance of religious leaders, faith-based organizations, and faith communities in responding to COVID-19. Governments should engage civil society, religious leaders, and faith communities in practical steps that result in the delivery of care and protection in trying times.

The guidelines acknowledge that religious leaders, faith-based organizations, and faith communities are ‘‘a primary source of comfort and in some countries provide direct health care and social service, for the communities they serve’’. They also ‘‘share health information to protect their own members and wider communities, which may be more likely to be accepted than from other sources’’. Lastly, they can also ‘‘advocate for the needs of vulnerable populations’’.

Making these actors responsible partners in combatting the pandemic can be an important step towards creating the necessary trust and cooperation required with wider parts of the population. Governments also need to ensure that restrictions are not discriminatory against certain faith communities and other groups. This may act towards preventing the pandemic from evolving into a long-lasting human rights crisis.

Gunnar Ekeløve-Slydal is the head of policy at the Norwegian Helsinki Committee (NHC).