Within the human rights community, there is a growing enthusiasm for new narratives to build public support for human rights. But creating a new narrative is about more than language and framing. 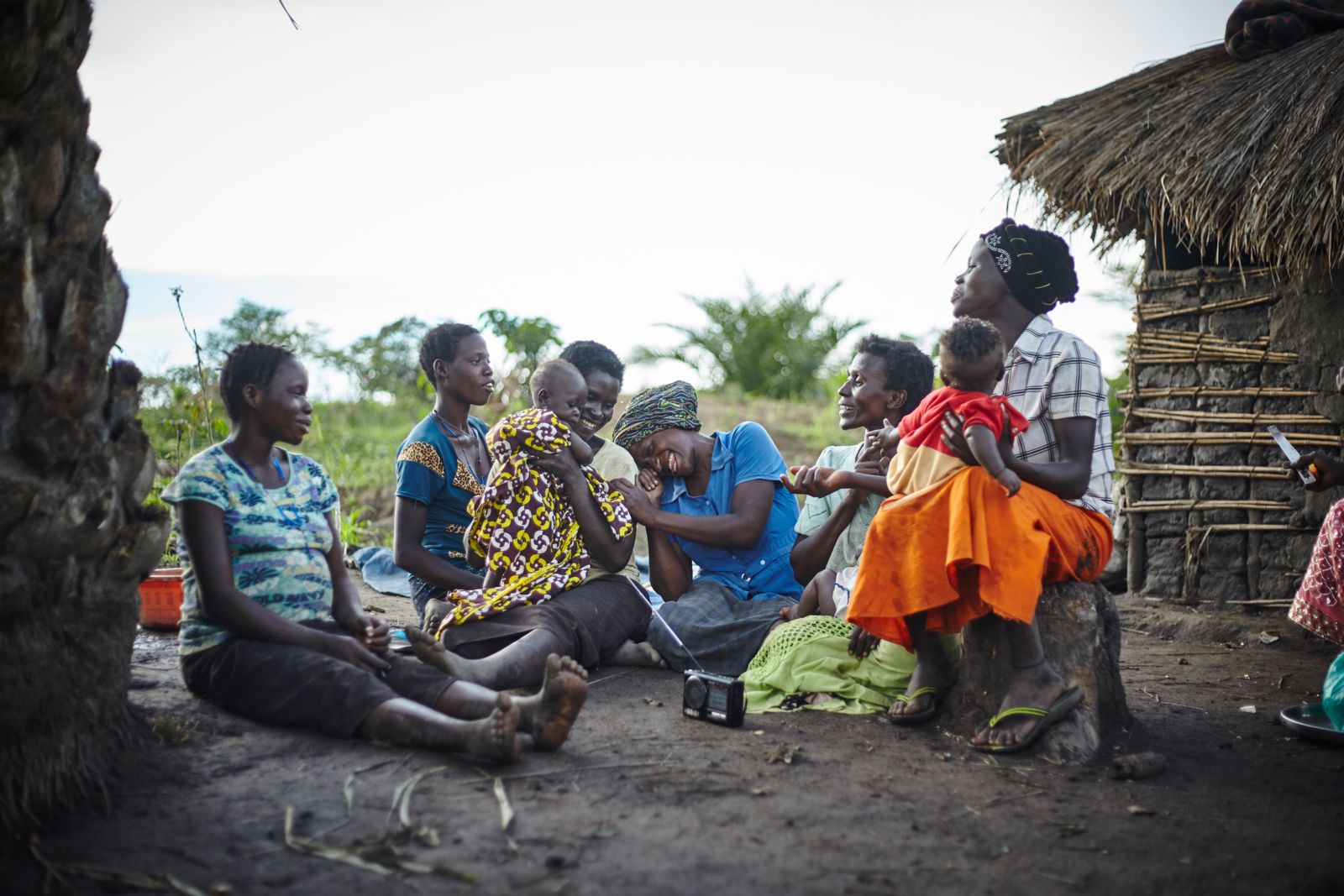 ​A group of women gather to listen to the radio in the Rwamutonga community in North western Uganda, where the local radio station played a critical role in the community winning back its land after being illegally sold off for oil development. ​Photo: Robert Mentov, the Fund for Global Human Rights. (All rights reserved)

As we enter 2019, there is a burst of discussion within the human rights community around the need for new narratives that build public support for human rights. While the human rights movement grapples with a rise in authoritarian populism, increased restrictions on civil society and weakened support for international law, winning over the “hearts and minds” of people is increasingly important, and narratives have become a hot topic solution.  We’ve shifted from a situation where strategic communications were once overlooked and under-funded, to one where concepts like narrative-building and values-based framing seem ever-present in conferences, articles and funding calls.

In this rush to embrace the promise of strategic communications, there are valuable lessons to be drawn from earlier efforts to build public support for human rights, like the Thomas Paine Initiative in the United Kingdom. The most important of these is that winning public support is not simply about changing our language and how we speak about human rights. What also matters are the questions of who is speaking, what they are talking about and where the conversations are taking place.  If the human rights community focuses merely on technical issues around the way that we frame and present our arguments, we will fail to address the deeper shifts necessary to build public support. The danger then is that we end up with a collection of superficial and unsuccessful communications initiatives.

On the question of who is doing the talking: the dominant voices in the human rights movement tend to be northern-based INGOs and national level groups based in capital cities focussed on legal strategies or “grass tops” advocacy. This has created a perception—played on actively by populist leaders—that these human rights groups are part of an “elite” working to advance an agenda removed from the priorities of “regular” people. Koldo Casla, writing about the challenge  facing the UK human rights community in reaching the public, recognizes this issue, stating that “the problem is not the way human rights activists speak. The problem is who we are.”

This recognition has led some human rights campaigns to deploy “unlikely spokespeople”— individuals from outside the movement who enjoy more credibility amongst their target audiences. While this can be effective in the short-term, it’s a strategy that only treats the symptoms and not a deeper problem—distrust in the human rights organizations behind these campaigns. A more effective long-term strategy aligns with Mona Younis’ recent call for human rights groups to invest more in reaching and mobilizing the public. It also requires the building of more inclusive movements “from the ground up” alongside new actors, such as community organizations, artists and youth movements. This means more than simply aligning publicly with these new actors, the human rights community must also embrace their agendas and form deeper and more reciprocal relationships.

In Honduras, for example, the Fund for Global Human Rights (the Fund) supports Periodismo y Democracia, an organisation working to protect and promote freedom of expression across the country. While the organisation initially set out to support independent media and journalists, their work has expanded to also provide legal assistance to university students and groups whose rights to peaceful assembly and freedom of expression have recently come under attack.  Through this and other alliances, student groups are now embracing work on freedom of expression more broadly and have become spokespeople for the cause, helping to reach new constituents and build a more powerful movement for freedom of expression.

The type of work that the human rights movement is taking on in a country is also a key factor in building public support for human rights. An important question is to what extent it is addressing rights issues that impact a broader range of the public.

Human rights groups will always have to tackle violations affecting marginalized communities whose rights are most at risk; however, the neglect of issues that impact large swathes of the public has led many to believe human rights are not relevant to their daily lives and only exist to protect those of marginalized people. The concept of human rights loses support when discussed only in connection to the most acute violations of rights and not in relation to issues that are more commonly encountered by the public. For example, in the UK, issues like torture or arbitrary detention are far-removed from the experience of many individuals, while abuse in care homes or the failure of the government to provide adequate housing are more relevant to people’s daily lives.

This is not a call for human rights organizations to turn their backs on the most egregious of violations; rather it is to point out that anyone interested in building public support for human rights has to consider if enough has been done to tackle the “bread and butter” issues impacting a large portion of the public in their country. The kind of work done by Equally Ours to support and surface examples of how human rights benefit all people in the UK is a good example of this.

This is also not an attempt to reignite the perennial debate about the value of civil and political rights versus economic and social rights. It does, however, demonstrate the value of human rights groups—like those that the Fund supports—who are able to broaden their focus and develop their agendas based on the priorities of their communities. Donors play a central role in ensuring local needs are addressed by investing in the work of locally-rooted organisations and trusting community leaders to set their own direction. Too often the agendas of human rights funders have, from far away, determined these priorities rather than local communities.

Finally, the question of where conversations about human rights are taking place is also key. Human rights movements are typically stronger in capital cities. In the UK the human rights movement has struggled to reach communities outside of London and become an active part of conversations in smaller cities and towns. This distance from local-level issues has not only fed into perceptions of the human rights community as a metropolitan elite, it is also a lost opportunity to engage more people on a broader scale, and “make rights real” for these communities. Annabel Short has written about the opportunities presented to activists in focusing their efforts at the city level rather than the national-level; the same also applies to towns and villages.

The resolution of many in the human rights movement to take public opinion seriously and focus on narrative change is well overdue. At the Fund, alongside JustLabs, we are also investing in the efforts of civil society actors to explore what more effective narrative strategies might be and develop new narratives based on them. But, as we move forward into 2019, we must remember that attempts to build public support won’t come about through one-off campaigns or cosmetic changes. They require a deeper recognition of the power relations that shape people’s perceptions and worldviews.  They also require longer-term efforts to: bring new actors into human rights movements, take on the issues that communities perceive as priority, and emphasize action at the local level.  Without this, we’ll begin next year in the same situation as we begin this one.

Photo caption: A group of women gather to listen to the radio in the Rwamutonga community in North western Uganda, where the local radio station played a critical role in the community winning back its land after being illegal sold off for oil development.

James Logan is the director of the European Office at the Fund for Global Human Rights.

Back to the Future: returning to human rights