Putting fear aside as we emerge from this pandemic will allow space for what we value most in people: empathy, solidarity and mutual support. 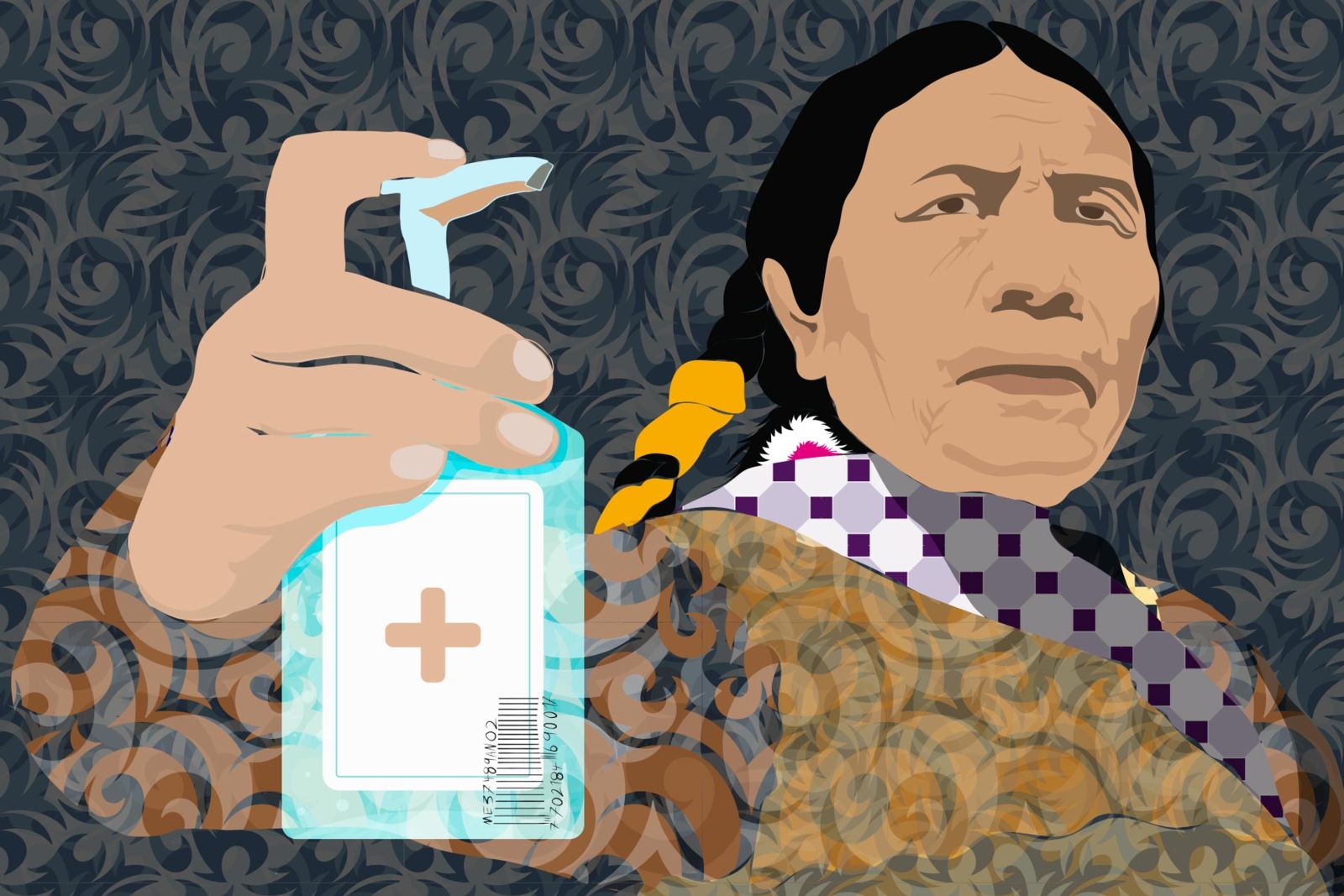 From organizing community kitchens after an earthquake to creating homemade hand sanitizer in the midst of a pandemic, Indigenous communities in Mexico continue to resist and assert their rights, despite discrimination and exclusion.

Esperanza, a migrant cousin, came to our hometown of Oaxaca, Mexico a few days ago for legal documents. When she was traveling back to Los Angeles, she called me to tell me that, unlike her outbound flight, the return one was crowded. "In the middle of the pandemic?" I asked. “Yes, but it was full of young people, from small farms; they are going to cross to the other side,” she said. I froze at this response: these were young Indigenous people who were “legally” brought to the United States to work in the apple and cherry harvest, at a time when that country has the highest number of COVID-19 cases.

I was overwhelmed, disoriented, and in shock. And yes, it made sense. The United States exploits farm laborers under a visa program that, despite being official, favors abuse. It is a modern form of slavery that has existed since 1986. Why should things be different now?

The novel Coronavirus outbreak is the latest—perhaps the deepest and most tangible—sign of an unjust social system that benefits from need, vulnerability, and emergency. What Esperanza saw on that plane was the deepening of the racism, classism, and gender discrimination that we use to keep this system afloat in crisis situations.

This is a trend that I have already seen in my work as a human rights lawyer, where another crisis—the climate one—is being used by companies to increase their profits at the expense of Indigenous peoples and communities: under the banner of energy transition, transnational companies install wind farms and violate the rights of Indigenous peoples in southern Mexico, to generate electricity that is not even for those communities, but for other large companies. It is a racialized green energy, turned into a new field for extractivism.

If, as we see, this system instrumentalizes periods of crisis to impose policies that abolish freedoms and deepen inequality, we could well anticipate what will happen after the pandemic.

If those who have been marginalized by the economic system exercise their agency, we who work in NGOs have a double responsibility to reinvent ourselves to make our task more strategic and legitimate.

However, this is precisely why this crisis represents a small window of time to push for deep changes in the current global power system. It is true that structural changes do not happen overnight, but what we do well today will have impact in the medium and long term. Failure to act would mean a serious risk that others will take advantage of this moment to freely decide the costs we all will have to bear, and that the balances of the worst recent economic crisis will be paid by those who have never benefited—those that have been consistently used by greater economic powers.

What can be done? Although I do not have all the answers for such a complex situation, I would like to focus on those readers who are already in a privileged situation.

I think that the key to generating systemic change lies in our moral and political agency: it is essential to recognize our capacities to discern the good, to act, and to positively influence transformative changes. But it is also to recognize that great changes are forged from below and collectively. From these bases, I think we can draw up an action plan.

The first thing is to leave fear behind. Fear leads to inaction and can be used advantageously by governments and corporations against us and our rights. It can also lead to hatred and racial, class, and gender violence in which we try to find culprits (e.g., the “Chinese” virus, immigrants, medical personnel). Putting fear aside allows us to give way to what we value most in people: empathy, solidarity and mutual support. Taking fear away implies assuming ourselves as moral agents, capable of thinking not only about our well-being, but that of others.

This change is not spontaneous; it implies recognizing the power relations under which we live. If we admit our privilege, we must take advantage of it to identify the needs of others, to seek and promote opportunities for support, and to facilitate access to resources or spaces that other people surely cannot access. It also allows us to work collectively in the search for solutions.

Solidarity builds resilient communities: social ties that seek to reduce our material inequalities, but that are also capable of demanding inclusion, coverage, and access from others. Our political agency allows us to identify ourselves as subjects of rights, that we can hold accountable those who have the duty and responsibility to protect and respect them: governments and companies.

Taking fear away implies assuming ourselves as moral agents, capable of thinking not only about our well-being, but that of others.

What I am proposing is not just vague inspirational talk. It is what I have learned working with Indigenous communities in Mexico. Despite the historical discrimination and exclusion to which they have been subjected, Indigenous communities have been able to resist and assert their rights, while in difficult times their women organize to give food to people affected by an earthquake, or to teach people how to make homemade antibacterial gel in the middle of the pandemic.

If those who have been marginalized by the economic system exercise their agency, we who work in NGOs have a double responsibility to reinvent ourselves to make our task more strategic and legitimate. We must think of strategies that solve the specific needs of the communities, but that also contribute to structural changes in the countries in which we work.

Now more than ever, let's think big: COVID-19 has highlighted the interdependence and indivisibility of rights. Our cases must take an increasingly holistic view, seeking greater access to economic and social rights.

It is also essential to work collectively, locally and transnationally. While the global South-North dichotomy is useful to make visible our power differences, NGOs must work in search of genuine transnational collaborations that allow the accountability of states and companies to human rights violations.

In short, it is necessary to effectively direct the adequate financing to fulfill these tasks. The transition from project-based financing to general financing must be seriously analyzed by grantees. Many organizations require financial stability to ensure meaningful work.

The path to a different world after the pandemic sounds utopian, but it is not. Back in the US, Esperanza is already actively working in her community to seek financial and legal help for one of the young day laborers she met on her journey. The trick is to dare to take the leap.

Guillermo Torres is a senior lawyer at the Mexican NGO ProDESC, where he works with rural and indigenous communities, as well as with groups of workers, in search of access to justice, reparation, corporate accountability and the enjoyment of economic, social and cultural rights.