What are the human rights implications in the growing market for sex robots? Are these AI “gynoids” just harmless sex toys, or do they further marginalize women and put sex workers at risk of harm? 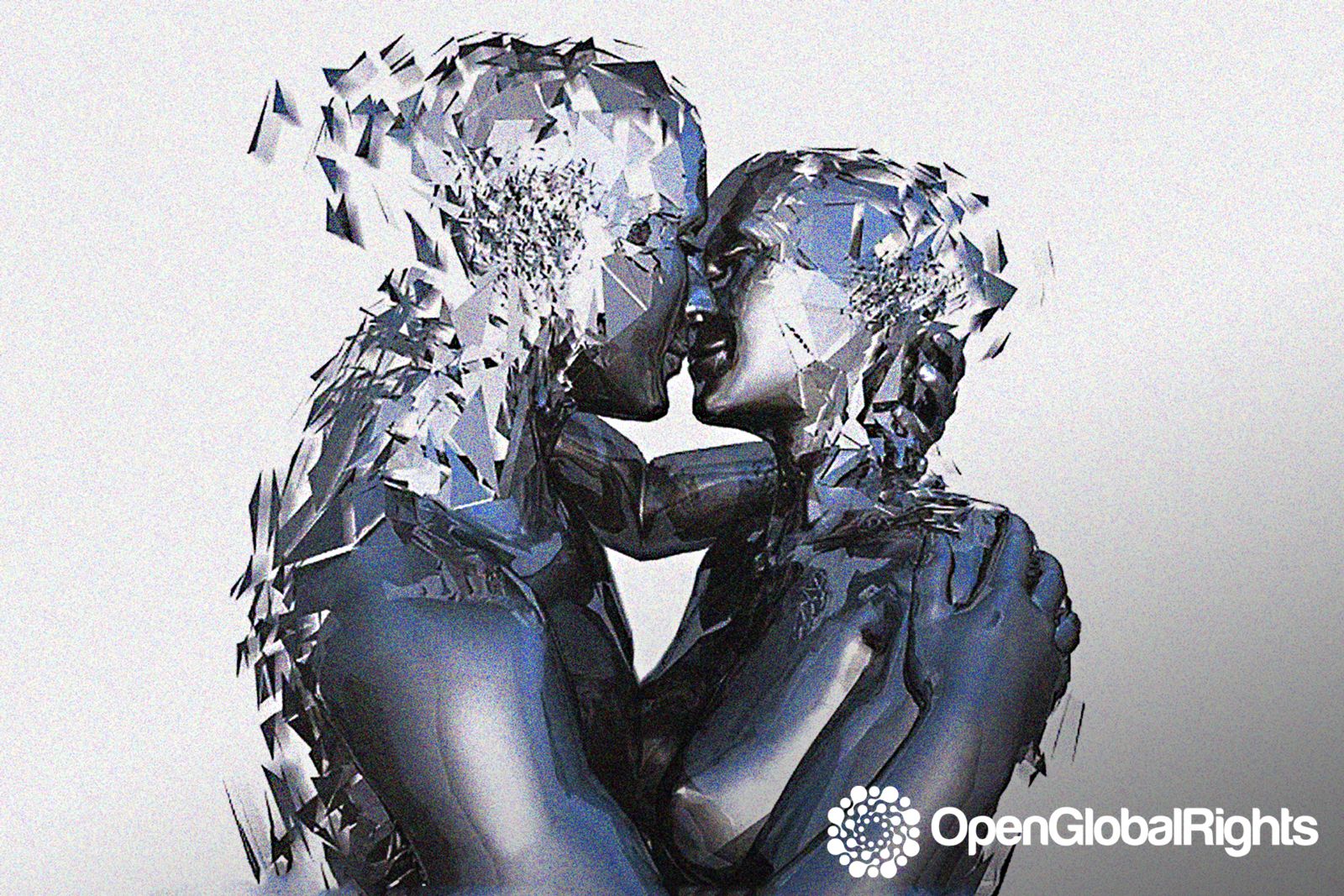 Sex dolls may be surfacing in recent controversy, but they are certainly not new: as far back as 8 AD Ovid’s Metamorphoses spoke of Pygmalion, who created his ideal woman from ivory. In the 16th century, French and Spanish sailors carried so-called dames de voyage, made of old clothes, to help with sexual solitude. And during World War II, the Nazi Government launched the Model Borghild Project to create an Aryan doll that satisfied soldiers' pleasure, while protecting them from venereal diseases. Now, technological developments have replaced such rudimentary dolls, creating dummies with human muscle movements, synthetic voices and other astonishing AI capabilities, in the creation of sex robots (or gynoids).

As machines shaped as humans and programmed to provide sexual performances, sex robots—which are almost exclusively “female”—have been available on the market over the past decade. While their commercial use has mainly been restricted to private purchases, escort agencies and brothels in many countries have also begun to use them commercially.

Such a shift in the industry is inevitable, due to the conspicuous absence of a regulatory framework. To date, even in the field of general robotic law, the European Union has only addressed this issue via preparatory studies or soft law, Japan has published countless policy guidelines since 2004, while both the Australian and US Government opted for a generic robotics roadmap. In light of this lacuna, any legal development in this new field has been dealt with at a judicial level, based on existing legal frameworks. The application of general principles of law, however, does not seem to be sufficient when dealing with a thorny issue which involves conflicting fundamental rights and has already sparked off a lively debate.

When balancing human rights, on the one hand sex robots seem to perpetuate the historical commodification of female sexuality. Through gynoids, users can have a “girlfriend” programmed into submission that works as a tool for sexual purposes. Users can customize body types, facial features, and personality types—and can switch between multiple “girlfriends”. Such a reification undermines both the principle of human dignity and the right to gender equality, as enshrined in many international and constitutional documents.

In support of this viewpoint, the Campaign against Sex Robots was created in 2015 by Professor Kathleen Richardson, calling for a precautionary prohibition. Richardson stresses that the gynoid industry is mainly driven by heterosexual men who crave robots that are lifelike human beings, but look and behave in stereotypical forms of female appeal, availability and sexuality. Besides the commodification of these dummies on the sex market, there are other social and ethical questions around how sex robots might change the nature of relations with other individuals. For example, as prostitutes are often regarded as objects, deprived of consent and not entitled to effective rights, it seems reasonable to suggest that interactions and power dynamics typical of the sex market will become the pattern for human-robot sexual relations, perpetuating gender inequality. In addition, questions about what types of robots will be available—especially child-like robots—raise difficult questions about what types of criminal behavior may be condoned or even encouraged with these dolls. After all, the argument that sex robots could contribute to the fight against demand in prostitution is highly speculative: there are already countless sexual artificial surrogates on the market and no such reduction has occurred.

On the other hand, some scholars and practitioners support sex robots, arguing for their therapeutic benefit. In his book “Love and Sex with Robots”, David Levy envisages a generally positive perspective on their use in both the private and commercial sphere, but he stops short on taking a stand on child-like sex robots, arguing that the field is too new. After all, the above-mentioned fundamental principles of human dignity and gender equality are not absolute and, consequently, the launch and use of sex robots are subject to a balance with other fundamental rights. For example, if sexual freedom is an integral part of personal autonomy and interference is illegitimate whenever consent and private acts are involved, then robotic sexual intercourse will take place at home, coming to no direct harm to others and falling within the buyer’s right to privacy.

Similarly, the use of gynoids could fulfils users’ rights to health. After all, the value of sex as a basic human good is supported by the World Health Organization, which has launched specific sexual health programs to this end, and by the Declaration of Sexual Rights written by the World Association for Sexual Health in 1997.

In respect of sexual freedom and right to health, sex robots may be able to satisfy the most unusual sexual desires (while perhaps preventing sexual crimes) as well as to address a particular form of sexual inequality related to either mental and physical disabilities or working environments. For instance, the academic world has started questioning whether child-like sex robots might be used to treat pedophilia. Their customization and trade already exist, as shown by the BBC journalist James Young as well as by the enactment of the US “Curbing Realistic Electronic Pedophilic Robots Act” (2017); however, some scholars, such as Marc Behrendt, claim for their possible and regulated use in therapeutic processes, without making them freely available on the market.

In light of the increasing use of sex robots and all the concerns regarding their possible misuse, the law-making process should be started as soon as possible and shaped according to human rights and ethical concerns. Clearly, neither criminalization nor normative indifference seem the right approach. After all, technology itself is a passive tool subject to powers and control, and a new piece of law should be firstly able to respect female agency to decide whether or not they should be considered as commodified victims. Women’s sexuality and their representation need to be placed in their own hands to alter the existing social context, as is slowly happening in pornography, where, since the 70s, women have developed a counter-narrative in terms of production methods and content.

But even now, women have barely won a small market share to convey their view on sexuality in the pornography industry; considering that the sex robot market is still new and quite unexplored, they need to think ahead in this field to avoid further commodification. For example, current gynoids are not physically shaped as “ordinary women” and might be programmed to be mistreated and harassed, even raped—which could in turn affect how some men treat real women. These are the potential risks and relational distortions which must be carefully considered.

However, the precautionary ban supported by Richardson risks targeting sex robots in an absolute way, without taking into account possible advantages, such as treating pedophilia or curbing human trafficking. To date, there is not enough evidences to decide a firm future for gynoids; instead, we need further women-inclusive research in fields like medicine, psychology and engineering in order to develop legislation around this emerging field in order to protect women’s rights.

Carlotta Rigotti is a PhD candidate and scientific researcher at the Vrije Universiteit Brussel. Her current research is on sex robots’ legal and ethical implications and she has previously worked on prostitution, human trafficking and migration.

How civil society can work to improve our technological future