At the latest Human Rights Council session, anti-rights language started making its way into some resolutions under discussion. 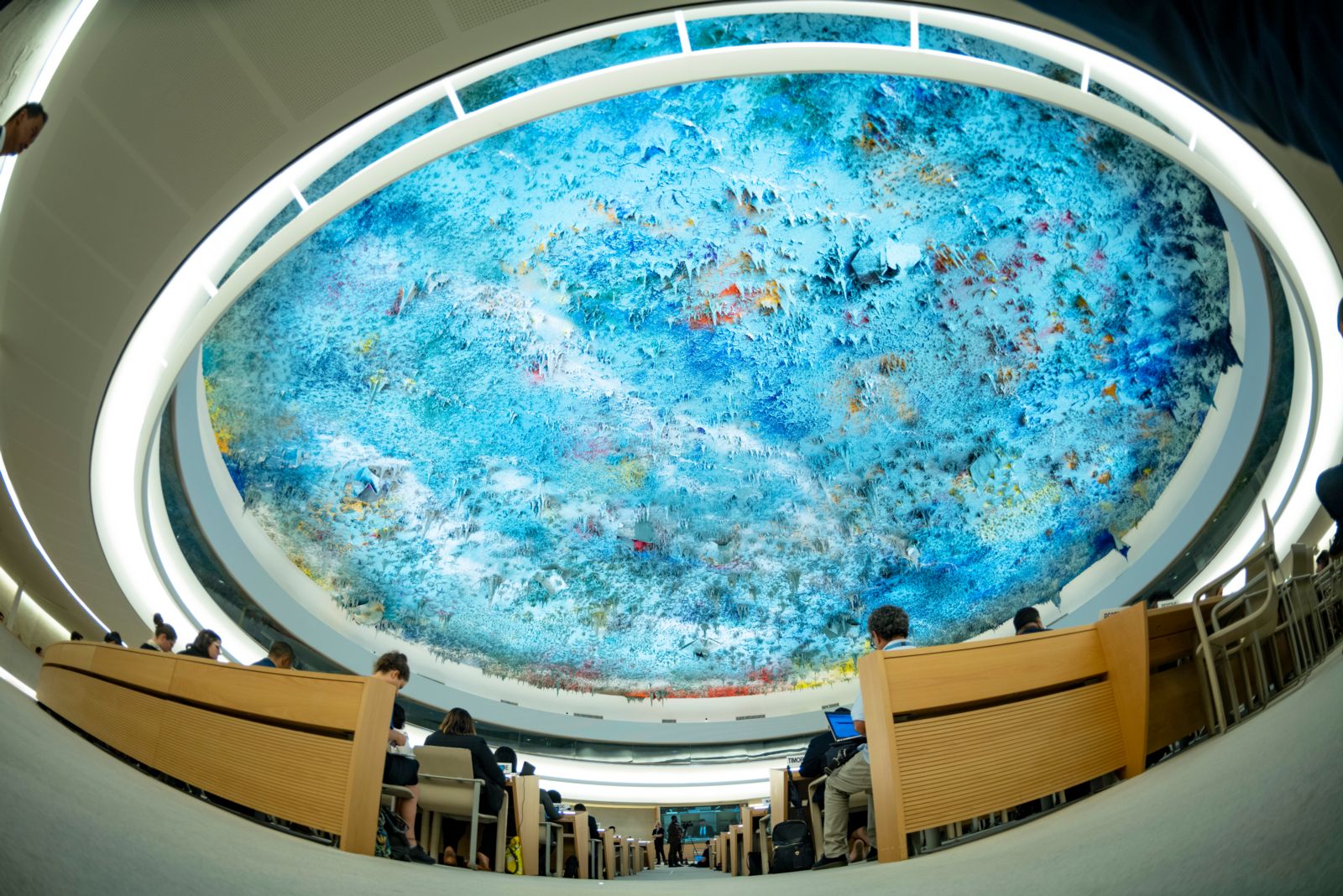 The UN Human Rights Council (HRC) has long been a space for civil society to hold states accountable for human rights violations. However, it has recently become fertile ground for a host of vested interests intent on pushing back rights, particularly around gender and sexuality. At the most recent session last month, we witnessed some states in thrall to the priorities of multinational corporations and others pushing anti-rights language.

At the recent 50th HRC session, two resolutions under discussion were of particular concern to feminists: the political participation and activism of young women and girls and access to medicines, vaccines, and other health products. These issues are not separate; without access to medicines and vaccines, young women and girls are prevented from participating in political life, and vice versa, as evidenced by the disproportionate impact of global vaccine inequality on women in the Global South.

However, behind closed doors at the Palais des Nations in Geneva, we found that diplomats discussed these two topics as if they bore no relation to each other.

In one room, representatives from the EU, Canada, and New Zealand went head-to-head with Egypt, Russia, and Pakistan. The former group argued for progressive language on gender and sexuality, while the latter pushed for anti-rights language. Both sides refused to budge.

In another room, where health and access to medicines were being discussed, those same states defending progressive language on gender and sexuality blocked efforts to address global vaccine inequality that would save innumerable lives.

The dissonance of these scenes was impossible to ignore.

States with conservative positions on women’s rights, such as Egypt, Bahrain, Nigeria, Russia. and Pakistan, put forward arguments and resolution amendments that were clear attempts to water down rights related to gender and sexuality—using all-too-familiar anti-rights arguments and tactics.

Throughout the negotiations, those states misused the concept of ‘evolving capacities of the child’ and insisted that the political participation of young women and girls must be subject to ‘parental guidance.’ This narrative is part of a systematic and cynical effort to create a new and false category of ‘parental rights.’ “Parental rights” is, in fact, code for granting parents more power to curtail children’s rights and autonomy, opposing rights-based education, and glossing over gender-based violence within families. Conservatives also invoked moral panic to push back against the inclusion of Comprehensive Sexuality Education (CSE) in the text of the resolution.

But states are not doing this alone. The report, Rights at Risk: Time for Action exposed deep collaboration between states and anti-rights organizations to consolidate discriminatory policies at the UN.

The US-based Alliance Defending Freedom was particularly active during the session. A Christian legal advocacy organization designated as a hate group by the Southern Poverty Law Center, ADF was allegedly seen lobbying diplomats representing Egypt and Pakistan. ADF is known to lobby and support delegations that take particularly conservative rights-restrictive positions in various negotiations. In past Council sessions, feminists have reported states such as Pakistan and Bangladesh mimicking the anti-abortion talking points of ADF.

ADF was a key player in the push to overturn Roe v. Wade in the USA and is actively replicating its legal advocacy strategy globally. OpenDemocracy has revealed that the group has spent at least $21.3 million across five continents since 2008. With ECOSOC status, which permits UN participation, and regular staff working at the HRC and other multilateral bodies, ADF also has significant access to diplomats and officials. With the influence of anti-rights groups such as ADF in the Council, feminists have raised the alarm that conservative states are becoming increasingly bold in their attacks on against gender justice.

Vaccine justice is a feminist issue

States like Canada, the UK, and the EU, who strongly supported CSE and the right of young women and girls to political participation, changed their tune in another room where negotiations on access to vaccines and medicines took place. These ‘gender champions’ systematically rejected attempts to recognize ‘access to medicine as a global public good’ and denied any obligation of states to address inequality between countries.

Meanwhile, in another arena, the World Trade Organization ministerial meeting to finalize the outcome text of the TRIPs (Trade-Related Aspects of Intellectual Property) waiver was taking place. The TRIPS waiver would relax the WTO’s intellectual property rules and lead to increased production and distribution of Covid-19 vaccines and treatments.

Yet the EU blocked anything resembling a meaningful intellectual property waiver needed to ensure the rest of the world has access to treatment. The US, previously supportive of a narrow waiver, was silent. The outcome rubberstamped what has been referred to by the UN Special Rapporteur on Racial Discrimination as ‘vaccine apartheid.’

Throughout the pandemic, groups like Feminists for a People’s Vaccine have highlighted how the affordability and availability of vaccines is held ransom by high-income states and pharmaceutical corporations. Switzerland, who chaired negotiations on a text about violence against women and girls, reportedly destroyed over 600,000 hoarded COVID-19 vaccine doses the week before the HRC session began.

By prioritizing the monopolies of corporations when it comes to vaccines, these Northern states showed little regard for the immense and disproportionate impact faced by women in the Global South, racial minorities, Black women, and Indigenous women. It is these women who bear the brunt of policies limiting widespread access to vaccines.

These issues are not separate; without access to medicines and vaccines, young women and girls are prevented from participating in political life, and vice versa.

How can states, on the one hand, claim a commitment to gender justice and, on the other, block any and every attempt at vaccine access for all? States conveniently treat women’s political participation and global vaccine inequality as separate issues, but the reality is they are not experienced or lived separately. All forms of oppression must be addressed as interconnected, and the influence of all anti-rights actors across the UN, whether from religious fundamentalist groups and nationalist state agendas or corporate interests, must be challenged.

What’s frightening is that the space created to hold states accountable for human rights violations is increasingly co-opted by states and anti-rights actors to serve these vested interests bent on eradicating equal rights. While the threats to feminist agendas are many, feminist activists must and will continue to fight back.

Note: This article was written with research support from Isabel Marler and Anissa Daboussi, from the advancing universal rights and justice team at AWID.

Umyra Ahmad is a feminist advocate who works with the advancing universal rights and justice team at AWID. She is based in Malaysia, where she supports queer, migrant, and refugee movements and organizing.