Although the Mental Health Care Act can be invoked to provide limited protective measures to the LGBTQIA+ community, a separate law is essential to entirely eradicate this abhorrent practice. 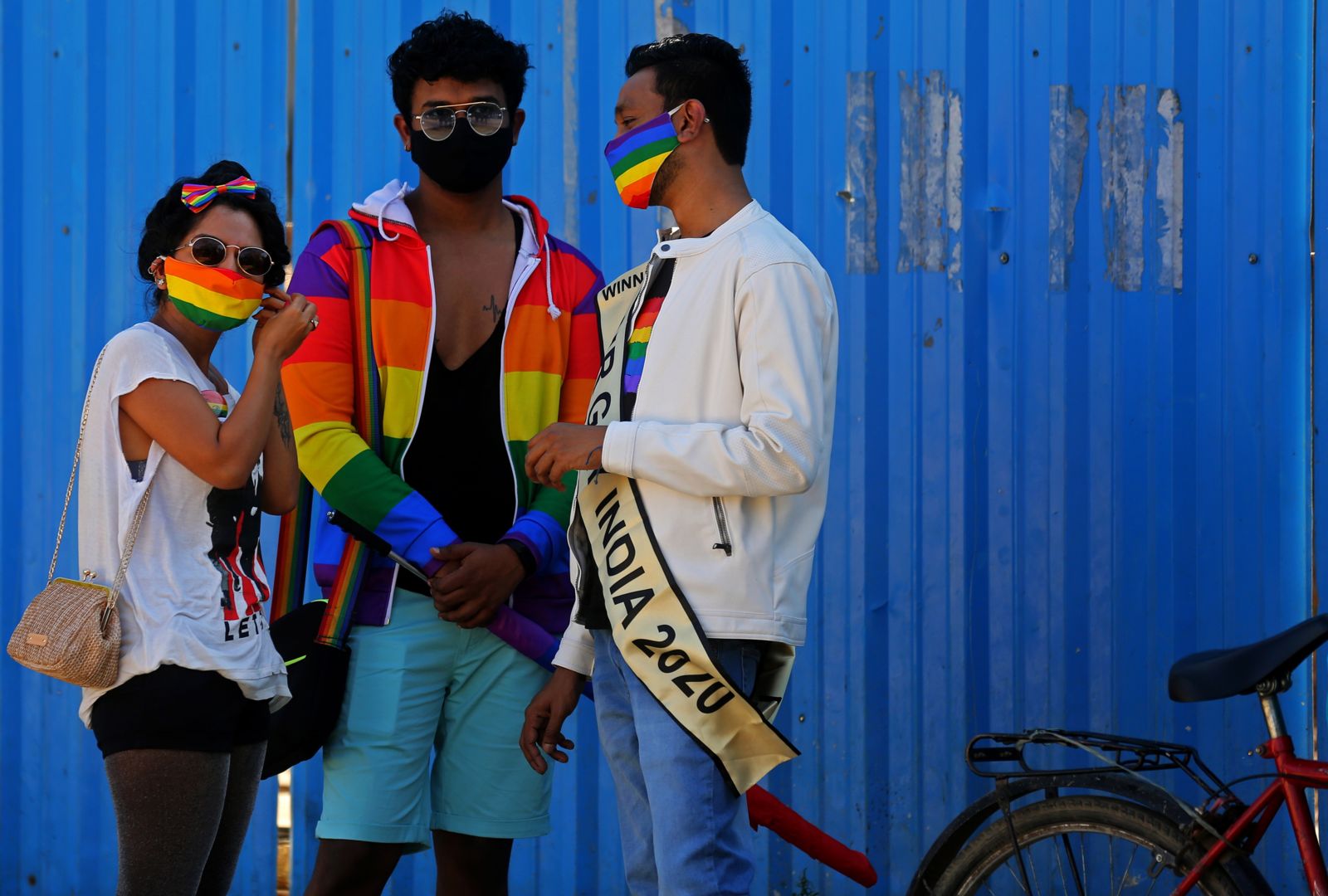 People participate in the LGBT pride march in Bangalore, India, in December 2020. Hundreds of LGBTQ people and their supporters waved flags, beat drums, and danced to local tunes during the Bengaluru Namma Pride March. They called to end violence and oppression based on gender identity and sexual orientation and to end gender decriminalization. EFE/EPA/JAGADEESH NV

The Madras High Court in its June 2021 judgement banned the practice of ‘conversion therapy’ in India, bringing protective measures for LGBTQIA+ individuals in the country. The case concerns a lesbian couple who fled from their homes after their parents intimidated them because of their relationship. The families went to police authorities and filed missing-person complaints, after which the couple asked the Court for protection from their family’s harassment and police’s interrogation.

To protect the right to dignity, life, privacy, and freedom of choice of the couple by the virtue of the Indian constitution, the high court in S. Sushma v. Commissioner of Police ordered the prohibition of the practice of conversion therapy and ‘any attempts to medically cure or change the sexual orientation of LGBTIQA+ people to heterosexual, or the gender identity of transgender people to cisgender’. Furthermore, the court recommended certain guidelines, ensuring  LGBTQIA+ individual’s privacy and constitutional rights are protected.

In India, homosexuality was decriminalized in the Navtej Singh Johar case in 2018. However, the general perception towards the LGBTQIA+ community in the country has not been progressive. Non-binary gender identities and queer sexual orientations are still seen as a Western ill-phenomena by a substantial proportion of Indian society. Immoral and hazardous practices like ‘conversion therapy’ are still being carried out under the guise of curing ‘queer sexuality.’

Conversion therapy, a pseudoscientific therapy concept that characterizes a number of harmful and discredited treatments intended at changing a person's sexual orientation from lesbian, gay, or bisexual to straight, or their gender identities from transgender or non-binary to cisgender, is one of the scummiest atrocities experienced by the LGBTQIA+ community. When a person of this community does not integrate into what other people consider to be normative or binary, they are often repressed with such practices.

Conversion therapy involves spiritual intervention through religious institutions, hormonal or electroconvulsive therapy, with more severe approaches like exorcisms, physical assault, ‘corrective rape,’ and food suppression. According to experts, conversion therapy can have serious consequences for those who are exposed, including increased risk of self-harm, depression, and suicide ideation, as well as physical and mental trauma.

Subsequently, because of the continuing prejudice, discrimination, and societal antagonism towards LGBTQIA+ individuals, conversion therapy has been denounced by every significant medical and mental health institution for years.

The enactment of strict legislation would constitute a positive right in support of the community and provide equal opportunities to live a life with dignity.

But the practice to cure homosexuality continues to breathe in India. One such victim of ‘curing homosexuality’ is Anjana Hareesh, a 21-year-old student who reportedly committed suicide after her family compelled her to undertake ‘conversion therapy’ for months after coming out as bisexual. Like Hareesh, many members of the LGBTQIA+ community have claimed to be victims of conversion therapy, which is constantly being practiced by cosmic healers and physicians, emphasizing the interrelationship of religion and science with conversion therapy.

Family members often perpetuate such abuses against LGBTQIA+ individuals, forcing them to abandon their own house. They are harassed physically and psychologically in public spaces, preventing them from pursuing a dignified life. These physical and psychological atrocities stem from socio-cultural practices, which include a blend of discrimination and heteronormative paradigms that make queer sexuality an ‘immoral’ representation in Indian society. This contributes to their marginalization,, culminating in homosexuality being classified as a treatable mental disorder.

Despite the High Court ruling, there is presently no legislation in India that expressly prohibits the practice of conversion therapy. Even though the Mental Health Care Act of 2017 explicitly states that no medical treatment can be undertaken without the patient's consent, there is a high probability that victims will give their consent to medical practitioners owing to an implicit assumption they have institutionalized concerning their so-called ‘abnormalities.’. Therefore, medical practitioners continue to pursue the life-threatening practice of conversion therapy. Although the Mental Health Care Act can be invoked to provide limited protective measures to the LGBTQIA+ community, a separate law is essential to entirely eradicate this abhorrent practice. The enactment of strict legislation would constitute a positive right in support of the community and provide equal opportunities to live a life with dignity.

The Supreme Court's decriminalization of homosexuality was virtually the very first step toward socializing homosexuality in Indian society, but enacting laws is a long and drawn-out process. The right to a dignified life, as well as the freedom to make one’s own decisions and individual autonomy, are fundamental for living a meaningful life. The practice of conversion therapy against individuals is a violation of the essence of informed consent, as the Supreme Court of India ascertained in the Samira Kohli and Common Cause case, that “such coercive therapy is against” the individual’s bodily privacy and integrity, and  is a violation of the right to privacy.

While India's initiatives to recognize the LGBTQIA+ community with dignity, defend their rights, and embrace them into the mainstream social structure are remarkable, practices like conversion therapy not only amplify the social stigma of sexual diversity but also compounds their preconception of discrimination and the forceful implementation of such therapies, which is against the fundamental rights of the citizen.

Without a doubt, the Madras High Court’s rationale in that judgement is a progressive achievement for the queer community. However, the High Court’s decision doesn’t affect the whole country but only the courts under it within its jurisdiction. The requisite to introduce anti-conversion therapy legislation, decriminalizing the practice, and protecting privacy and dignity of the queer community is fundamental to give the voice to the judgement and cease prejudices against the LGBTQIA+ individuals.