It is essential to translate human rights principles and standards into practicable pragmatic measures that can provide that coherence, legitimacy, and sustainability. 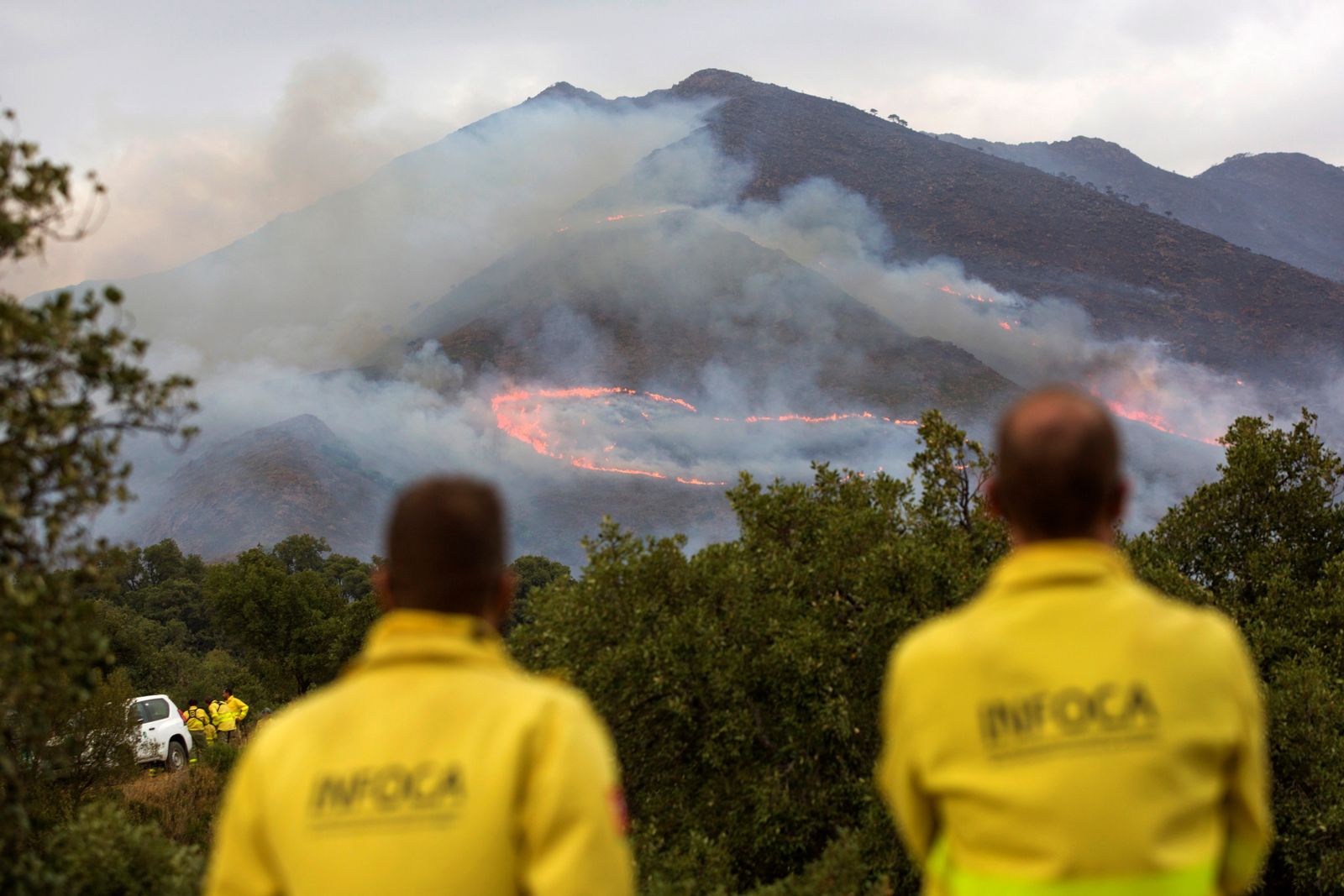 A fire rages in Sierra Bermeja, in the province of Malaga, Spain in early October. The forest fire has already razed more than 7,800 hectares. EFE / Álvaro Cabrera

It is time for the members of the UN Human Rights Council (HRC) to take climate change much more seriously and to treat it with the urgency, deliberation, and pragmatism that it demands. The HRC has tools at its disposal and should use them – now.

The latest Intergovernmental Panel on Climate Change report has made clear beyond a doubt the severity of the climate crisis attributable to greenhouse-gas emissions. “[T]he alarm bells are deafening,” according to UN Secretary-General António Guterres, who described the report as a “code red for humanity.” Already in 2019, the UN High Commissioner for Human Rights, Michelle Bachelet, spoke of a climate emergency, and her opening statement to the HRC’s 48th session described it as a planetary crisis. Since December 2016, over 1,900 governments in 34 countries have made climate emergency declarations. The gravity of the situation could not be clearer.

Even though this resolution uses boilerplate language to call on States to “consider ... human rights within the framework of the United Nations Framework Convention on Climate Change,” it directs no message specifically to the United Nations Climate Change Conference (COP26), which takes place in November 2021. A lost opportunity? Most definitely, yes!

The HRC is mandated to respond promptly to human rights emergencies. There can be no reasonable doubt about the ensuing disastrous consequences of climate change for the enjoyment of many human rights, many of which can already be felt now. A debate that takes place once a year, even with a panel discussion, and results in a routine annual resolution is hardly the way to address the emergency. In the words of a former Special Rapporteur on extreme poverty and human rights, failure by human rights proponents to take concerted action will render them “marginal or irrelevant to humanity’s most pressing short-, medium- and long-term challenge.”

Since 2008, the HRC resolutions have affirmed that “human rights obligations and commitments have the potential to inform and strengthen international and national policy making in the area of climate change, promoting policy coherence, legitimacy and sustainable outcomes.” It is essential to translate human rights principles and standards into practicable pragmatic measures that can provide that coherence, legitimacy, and sustainability—without delay. The relevance of human rights to climate policy must be fully explored, understood, and acted on.

So what could the HRC do? The often hidebound Council has demonstrated considerable imagination and innovation in functioning during the Covid-19 pandemic when other UN bodies almost ground to a halt. That creativity should be channeled towards addressing climate change. In the meantime, there are measures that the Council could take that are consistent with established practices.

It is essential to translate human rights principles and standards into practicable pragmatic measures that can provide that coherence, legitimacy, and sustainability—without delay.

For a start, the Council could develop a Council programme of action on climate change. A special session would allow for a more focused and thorough discussion than is possible during regular Council sessions, when climate change must compete for attention with numerous other issues.

The HRC could ask its “think tank,” the Advisory Committee, to do much-needed groundwork on human rights and climate change. To date the Council has not asked the Committee to work on climate change, and hence the Committee, which can only act at the request of the Council, has yet to report on the topic. In August 2015 the Committee considered a reflection paper on climate-induced displacement, but did not take the topic any further. And in March 2021 it proposed a study on climate geo-engineering, which still awaits the Council’s response.

A third area where the HRC could make a difference is through the creation of a new Special Procedure dedicated to human rights and climate change. NGOs first proposed the creation of such a mandate in 2010. The creation of a Special Procedure was discussed in connection with the Council’s latest resolution, but the proposal faced obstruction from Russia, India, and other countries. A group of countries is taking a new initiative to establish a Special Rapporteur at the current, 48th, session of the HRC.

Although many of the existing thematic Special Procedures have examined particular aspects of climate change, each has a broad subject-specific remit that prevents them from giving sustained attention to human rights and climate change. A Special Procedure devoted to human rights and climate change is needed for continuity, coherence, and profile. While discussion about the creation of a Special Procedure has focused on the establishment of a Special Rapporteur, climate change and human rights is an issue simply too large and too complex for any single expert. A working group, consisting of five experts drawn from each of the UN’s five regions, would allow for a broader range of legal and technical expertise and sensitivity to regional particularities. That model was followed for the creation of the Working Group on discrimination against women and girls.

The mandate of any new Special Procedure must go well beyond responsibility for identifying how climate change adversely affects the enjoyment of many human rights. The mandate should be forward-looking, pragmatic, and focused on how to ensure that climate change mitigation and adaptation measures respect, protect, and fulfill human rights.

Undoubtedly, there are additional ways that the Human Rights Council could begin to respond  to the climate emergency. But what matters most is that it acts with a sense of urgency, deliberation, and pragmatism. The time for dithering is over.