The current human rights business model is not keeping up with trends in technology, philanthropy, business and society.

The Trump victory represents the latest extension of global political trends that are putting human rights efforts on their back foot the world over.

The post-war international human rights legal framework and the neo-liberal ideology that drove economic globalization during the last quarter century are each premised on limiting national sovereignty. But sovereignty is fighting back—against both.

The consequences for the United States are currently the subject of much hand wringing, but significant damage has already been done elsewhere. And key targets in many countries have been the NGOs at the front lines of accountability to human rights principles.

As discussed in the openGlobalRights debate on closing space, scores of national governments, regardless of political system, have seized on the foreign funding base of most local NGOs in all but the most developed countries to demonize them in populist terms as agents for antagonistic foreign values and interests. To give teeth to the stigma, the governments have rolled out new policy initiatives that cut off the oxygen supply of foreign charitable funding.

One response has been to look for local sources of financial support.  But it is unrealistic to seek local sources of funding on a significant scale without addressing the larger structural questions of how organizations can best equip themselves to restore their legitimacy, address the root political causes of the global attack on civil society and respond to opportunities provided by technology and larger societal trends.

The Development of a Human Rights “NGO Business Model.”

To a large extent, human rights have been given force over the last half-century by the rise of NGOs and their civil society-based advocacy activities. Along with NGOs of global scope based in Northern capitals, like Amnesty International and Human Rights Watch, nationally-based NGOs—such as CELS in Argentina and the Legal Resources Center in South Africa—developed as counterparts, capitalizing on the international human rights framework as well as national legal frameworks to support social change.

Previous global trends, including a broadening shift toward democratic forms of politics and the rise of globally interconnected market economies, gave rise to a new and expanding universe of locally rooted NGOs. Burgeoning civil society around the world offered potential to effectuate the kind of social change that would protect human rights sustainably over the long run, through building genuinely pluralistic and participatory approaches to governance at the national level. As a result, human rights donors invested heavily in the new groups, international NGOs developed new resources to capacitate and connect them, and together they built extensive transnational networks to facilitate the distribution of financial, informational and other resources. 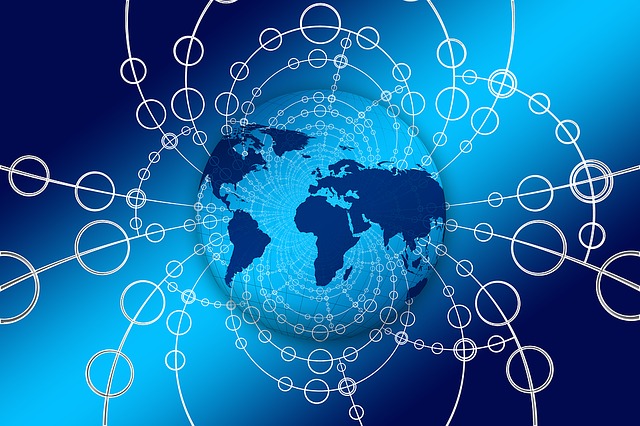 Current human rights business models are complicated transnational networks built to facilitate a variety of functions--each level of these networks may be in need of critical examination.

In that context, there developed a standard, easy-to-replicate “business model” for local human rights groups, and it has become pervasive. Entrepreneurial social and political activists identify a societal harm they would like to address with human rights methods. Through increasingly porous information networks, they come across examples or know-how regarding how to turn their theory of change into fundable projects. Then they rely on the same international networks to secure project funding from foreign donors—primarily large institutionalized foundations or bilateral and multilateral governmental development assistance programs—to finance the operations necessary to execute their human rights theory of change.

The world is indeed changing, but not in the ways that the human rights movement anticipated. In most countries, there is an increasingly visible legitimacy gap at the national level in the way that human rights groups and networks have organized themselves, which is easy to exploit by governments that regard citizen engagement to be a nuisance.

Given the significance of the current threats, it is worth reconsidering the prevalent human rights “business model.”A return to basic local organizing practices may be in order for many human rights organizations. And at the same time, trends in technology, philanthropy, business and society present novel opportunities to improve human rights efforts that may enhance their impact, sustainability and resilience.

Given the significance of the current threats, it is worth reconsidering the prevalent human rights “business model.”

What is a Business Model?

Wikipedia defines business model, rather unhelpfully, as: “the rationale of how an organization creates, delivers, and captures value, in economic, social, cultural or other contexts.” The Harvard Business Review, quoting Michael Lewis writing about the dot-com bubble in the late 1990s, puts it more simply: “All it really meant was how you planned to make money.” More generally in the business literature, the term has acquired an increasingly elaborate meaning, albeit one that varies by context. In essence, it refers to various core characteristics of a particular business, including the “value proposition” (what the business is producing and selling), the activities and resources it needs, the cost structure and revenue streams and the means for identifying and connecting to customers.

The “business model” for most human rights organizations in low and middle income countries includes setting up as a non-profit entity that undertakes public advocacy activities on one or more human rights issues or on behalf of one or more vulnerable groups, financed primarily through charitable grants originating from outside the country.

Typically, non-profit entities are eligible for charitable status in their own countries, triggering tax incentives and other benefits—sometimes referred to as key elements of an enabling legal environment for civil society, as they can unlock financial resources critical to sustaining their operations. But non-profit and/or charitable status also presents a constraint, providing a rationale for potentially intrusive government interference on the grounds that the provision of the status effectively allocates public resources to the charity in the form of subsidies and that the state has the duty to safeguard those resources.

The following represent some of the strategies that could be considered by new start-up initiatives as well as by long-standing organizations willing to re-think their existing structures:

There are already examples in each of these categories that begin to point out some new ways forward. But if the human rights movement is to maintain or build its strength at the national level around the world, many more examples will need to follow.