In the US, feminism is under attack from the right, the left, and from within—causing American feminists a “triple bind”. 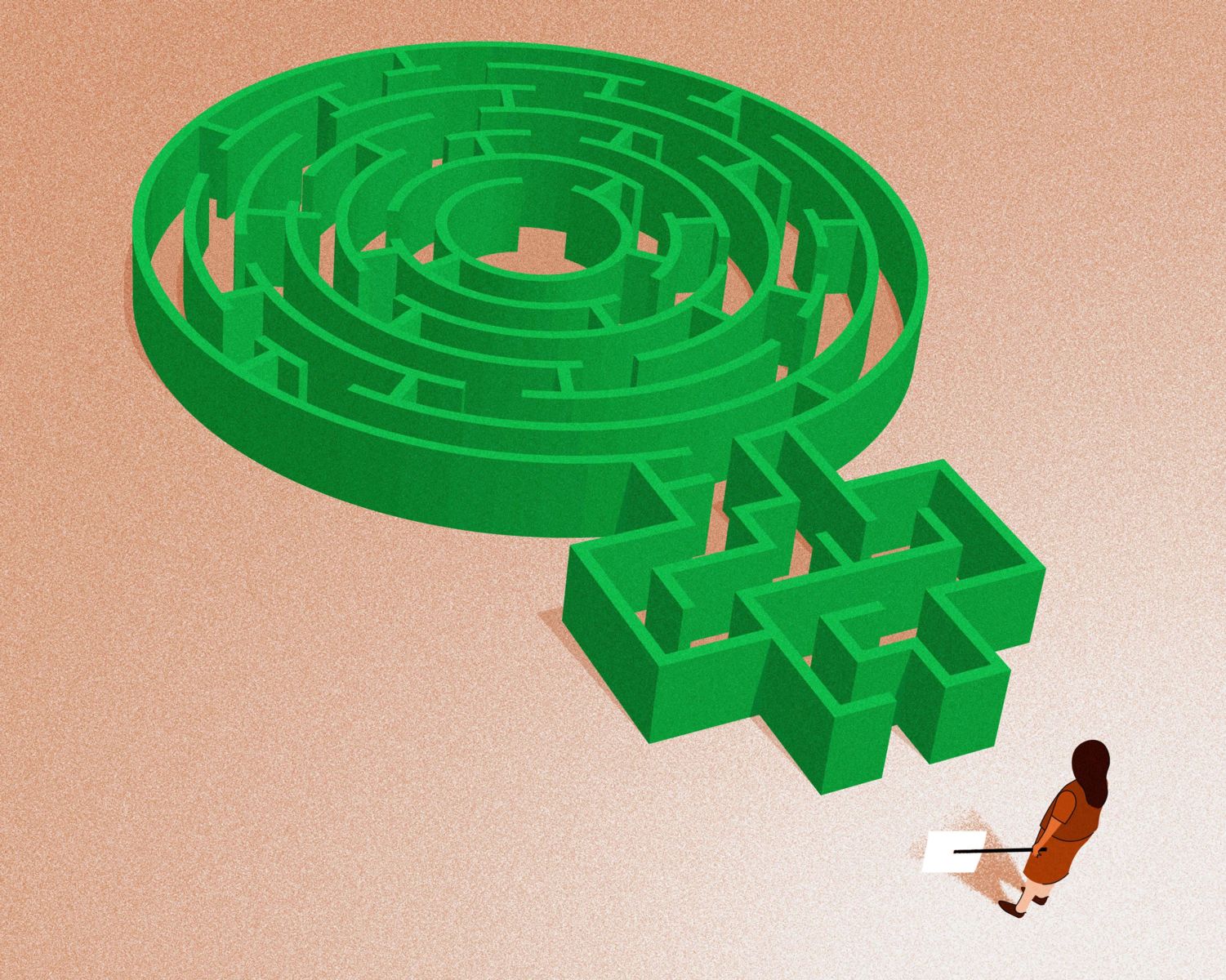 Being a feminist anywhere in the world right now is a high-stakes endeavor.

We are at a turning point in how we think about feminism, womanhood, and resistance. In the US, feminism is under attack from the right, the left, and from within—causing American feminists a “triple bind”. As has historically been the case, the conservative right attacks feminism by trying to incite a moral panic. Feminists are cast as scheming women tearing the fabric of family life by putting their careers and aspirations ahead of procreation or child-rearing, without a care for “life” as those in anti-abortion ranks would state. On the left, feminism has also come under scrutiny in the backlash to #MeToo. Many on the left criticize feminists for “going too far” and, in so doing, undermining the “causes” of the left in presidential elections, for instance. Men on the left worry that their feminist counterparts are inciting a witch hunt, women on the left criticize other women for creating a moral panic around sexuality.

And sadly, from within the feminist movement, the infighting has caused fracture, alienation, exile: in January of 2019, the Women’s Marches almost did not take place, and those that did were highly controversial. Feminist support of various male or female presidential candidates for the 2020 race further exemplifies this infighting, with some declaring that true feminists would only back a woman. While conflict within a movement is okay, expected even, feminists today are having trouble fighting and then staying in solidarity. What it means to be a “true feminist” is up for debate in the US, and it is undermining a decades-long cause just as we approach the 100th anniversary of the 19th Amendment.  Learning lessons from global feminism can help us think about the future of American feminism.

While conflict within a movement is okay, expected even, feminists today are having trouble fighting and then staying in solidarity.

Across the Atlantic, women are engaging in some of the same struggles as those of us here in the US.  Transnational feminists are finding their feet through a sisterhood and friendship formed between the threads of activism and shared struggles. Through the essays provided here, we can see that feminist human rights activists worldwide are also experiencing a “triple bind”. These women are simultaneously fighting the state, their religions, and themselves—all as informed by patriarchy. Many women struggle with expectations of womanhood as couched within these battles. But there is much to be learned from the way that activists globally engage feminism.

Notably, women in places like Iran, India, and Tunisia ground their feminism in solidarity at all costs. Perhaps this is in part because they participate in cultures that are less individualistic than the United States, but there is much to be learned from this unwavering sisterhood. Women like those I met in the Middle East and South Asia stand behind one another in ways that strengthen their movements, and when push comes to shove, they always choose the cause over themselves.

The Indian case is noteworthy—wherein feminist activists focused on sexual assault came together with LGBTQ rights activists as well as sex workers rights groups. Harnessing a collective power allowed them to bring about major social change under one of India’s most conservative regimes. The feminists I have observed through decades of studying sexuality and gender rights in the Middle East and Asia highlight the power of coming together across siloes.

With this solidarity comes a narrative, first borrowed from Western feminists, of feminism as “family”. Feminist activists talk about their activist communities as providing them family when they were exiled or felt disconnected from their own families. However, their narrative of “family” is not predicated on always agreeing with each other. “How many families do you know that don’t fight? That don’t have conflict?” Renu, a feminist rights activist from India asked me one day. Their deployment of the term “family” means a creating space that is safe enough to fight. They believe that internal conflict makes their families—and their cause—better. And, like a family, they may fight within, but when it comes to turning to the outside world, they support one another.

Another important component of the feminisms I have been researching in West Asia is the commitment to sharing the stage while calling for social change. For example, when movements such as Iran’s Green movement, a civil rights type movement borne of the youth and feminist movements in Iran, was taking shape, there was not one clear leader. The same could be said of the Arab Spring in Tunisia. In fact, when these movements were happening, American journalists often called me asking for specific names of “leaders” or “iconic figures” whom they could interview.  These journalists were surprised that one or a handful of people could not be singled out—las this was a deliberate strategy: to not get mired in the power dynamics of who holds the bullhorn.

Coming together to share our struggles –different and similar as they are – is the best way to inspire the coming generations of feminists.  The essays in this section provide a welcome opportunity for readers who are interested in feminist issues to explore a different kind of feminism, and the impact of that feminism on individual’s lives across the globe. Through the stories presented here, we see how individual change can bring about systemic change and vice versa.

Women from the global South have been glossed over as victims, people without agency, who need to be “saved” by American intervention. The remedy for this is a nuanced, story-driven look at activism by women in the global South. The authors in this section complicate this view.

Feminism in America and elsewhere is trying to define itself, figure out what to do next in this era of social media and fake news. But we don’t need to start all over. This is where the work of these authors comes in. By calling attention to the presence of a strong feminist- driven resistance around the world, and a resistance that is messy at times and requires the resilience that comes from the bonds of friendship, that can inspire readers globally and help us view feminism in a more nuanced way.

Pardis Mahdavi, PhD is currently the dean of Social Sciences and director of the School of Social Transformation at Arizona State University. Her research interests include gendered labor, human trafficking, migration, sexuality, human rights, transnational feminism, and public health in the context of changing global and political structures. She has been a fellow at the Social Sciences Research Council, the American Council on Learned Societies, Google Ideas, and the Woodrow Wilson International Center for Scholars.