The current expressions of solidarity by various European countries towards refugees from Ukraine should reignite the discourse about Europe’s response to refugees in general. 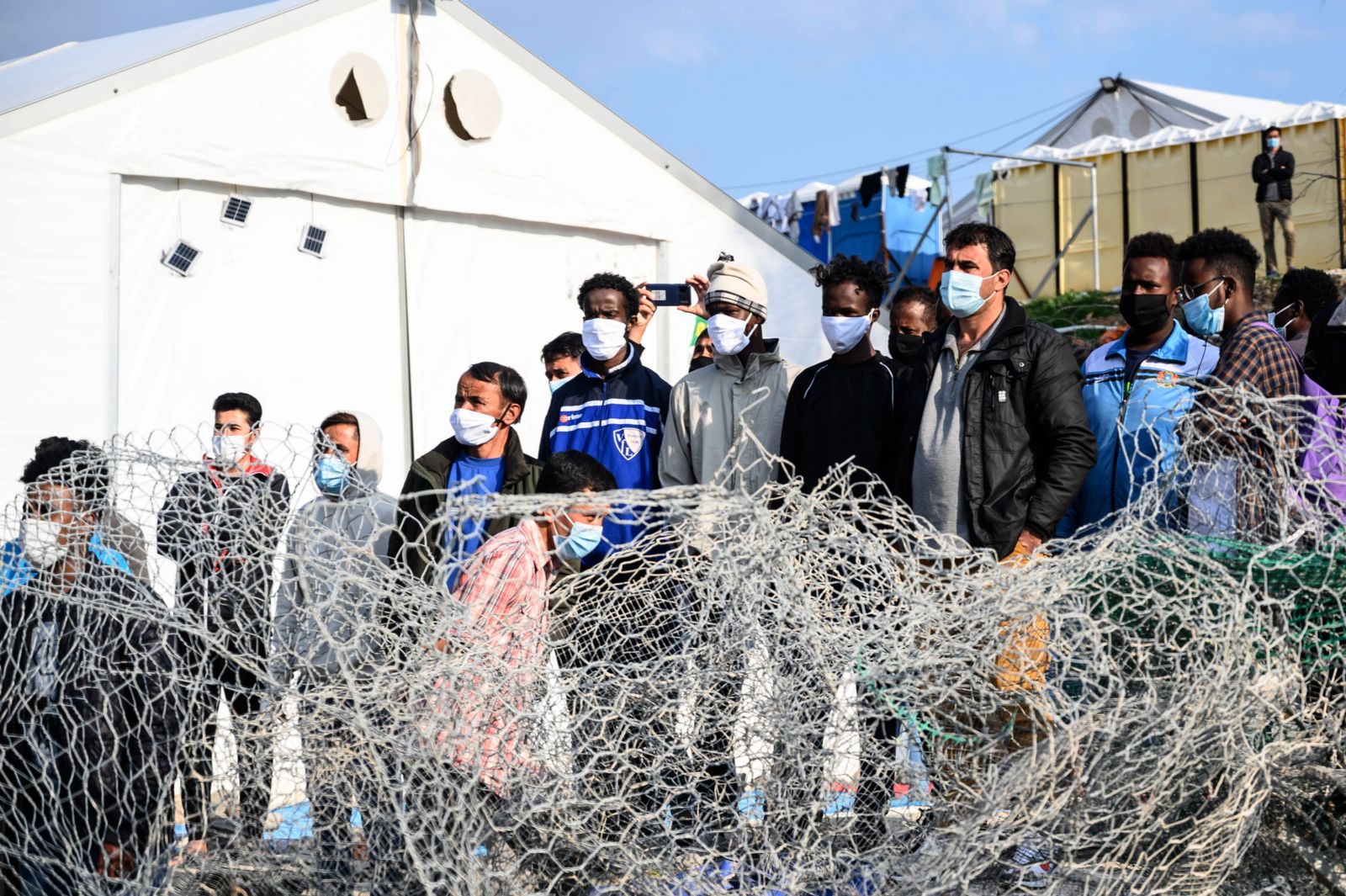 Putin’s invasion of Ukraine in late February 2022 and the following events  have overshadowed all other developments and topics in Europe. The origin of violence and the threat of even greater destruction are not only at Europe’s doorstep; they have kicked in the door and are laying waste to entire cities and lives. With this development, the topic of and the rhetoric around asylum seekers and refugees has resurrected in Europe, having last been omnipresent in its media in 2015 and 2016.

We, the team of our humanitarian maker space “Habibi.Works” in Greece, stand in solidarity with people affected by the war in Ukraine. While we are convinced  that it is the responsibility of safe countries to provide full, immediate support to all people fleeing from the Ukraine, those of us who have been involved in the humanitarian response in Greece throughout the past years cannot help but wonder why solidarity is so easily extended by European countries now after hundreds of thousands of men, women and children who have arrived in Europe in search for freedom and safety throughout the past years have been humiliated, criminalized, neglected and excluded. To put this into context: while you are reading this piece, roughly one third of asylum seekers living in Greek refugee camps are suffering from hunger.

Each measure of control imposed by the Greek government is a stepping stone for yet future measures of control.

The aim of this article is not to argue who is in more dire need of support. This article intends to shed light on some of the latest developments, human rights violations, and (entirely unnecessary) suffering of refugees and asylum seekers in Greece, at a time in which the topic of refugees is being harshly brought back to public awareness.

The exact number of asylum seekers in Greece is unknown. The United Nations High Commissioner for Refugees (UNHCR) only includes people who have officially registered at refugee camps or facilities, but not people who remain unregistered or undocumented. According to their website, at the end of 2019, the UNHCR puts the number of refugees and  asylum seekers in facilities in Greece at 186,000. The International Rescue Committee published a more updated figure, which estimates that 119,700 asylum seekers and 50.000 refugees currently reside in Greece.

Walls instead of integration

In 2021, the Greek government began constructing concrete walls around the refugee camps on mainland Greece. Facilities that accommodate men, women, and children for the time they have to wait for authorities to decide over their asylum claims (which can range from months to years) are being turned into prison-like enclosures.

But refugee camps, while urgently needed and crucial as a first response in situations of emergency, especially in regions that generally or temporarily lack infrastructure, are not suited to accommodate people over extended periods.

In Greece, empty buildings have existed in abundance since the financial crisis in 2010. There is no need for  anybody to live in a tent or container. The Greek state, instead of providing dignified living conditions in  existing buildings and thus, investing in the Greek housing market and the country’s economy, chose to let millions of euros seep away into the sand of unsustainable refugee camps.

In 2016, the first year of our involvement in Greece, we assumed that the Greek government’s response reflected a refusal to admit that the arrival of people at their borders would be a long-term challenge. With the years passing, another likely motivation became apparent to us: the desire to control refugees and asylum seekers in centralized locations.

Control in this way, however, leads to ever-increasing restrictions on people’s rights and freedoms. A refugee camp allows for walls. Walls allow for curfews (which already exist in some camps). Walls allow for the complete exclusion of local and international human rights observers, further reinforcing censorship already prohibiting NGOs from reporting about events occurring inside the camps. They prevent integration and understanding between the host communities and newcomers. In other words, each measure of control imposed by the Greek government is a stepping stone for yet future measures of control.

The rest of Europe has been shamefully quiet in light of these developments and serious criticism  from political bodies is unlikely. After all, the budget of 28.4 million euros for the construction of the wall was largely provided by the European Commission. While walls are being built, Greece claims to lack the resources to provide formal education for  all refugee children. The budget invested in the construction of walls is the equivalent of the annual average wage of 1352 schoolteachers in Greece. How Greece chooses to invest this sum speaks volumes.

The walls dramatically impact people’s daily lives and well-being. Moreover, they send the  clear message that refugees are not welcome here and as long as they stay,  they will be treated as prisoners.

Turning refugee camps into prisons is not the only measure the Greek state has taken to  discourage refugees from attempting to find safety in the country. Last January, monthly financial support was reduced from 150 euros to 44,50 euros per adult asylum  seeker. The reduction in social allowances implemented in January took effect after three months during which no money was provided to people within the asylum process whatsoever. This level of audacity does not shock us anymore. What does concern us, however, is the impression that nobody in Europe seems to be asking where the money went that was supposed to allow men, women, and children to buy food, hygiene items, clothes, and other essentials.

The budget invested in the construction of walls is the equivalent of the annual average wage of 1352 schoolteachers in Greece.

As mentioned earlier, one consequence of this cut in allowances is that roughly one third of  asylum seekers living in Greek refugee camps are believed to be suffering from hunger. There  is no excuse for this situation. It is an absolute disgrace and completely unacceptable.

Between March 1 2020 and January 31 2022, at least 26,755 persons experienced illegal  pushbacks by Greek border controls at sea, which put their lives, health, safety and freedom  at risk. During one particular case of illegal pushbacks, which occurred along the land border of Greece and Turkeyat the beginning of February after at least 12 persons froze  to death. Turkish Interior Minister Soylu accused Greek border guards of first stripping a group of 22 people of their shoes and clothes and then pushing them back into Turkey. The Greek Migration Minister Mitachari has denied this.

The fact that people are being treated this way and that they live under the conditions  outlined in this article is not due to a lack of infrastructure or resources. It is, sadly, politically  intended. The current expressions of solidarity by various European countries towards  refugees from Ukraine need to reignite the discourse about Europe’s response to refugees in  general.

The conversation must encourage a new level of accountability and solidarity towards refugees and asylum seekers, who have spent the last months and years of their lives in some of the darkest places our continent has created. Treating people with respect and dignity, fostering integration and providing structures that allow them to become  participating, active citizens would ultimately have a positive effect on all of us.

Mimi Hapig is the co-founder, strategic director, and head of communications and PR at Habibi.Works. She has been living in Greece for over five years, since the project first began in August 2016.