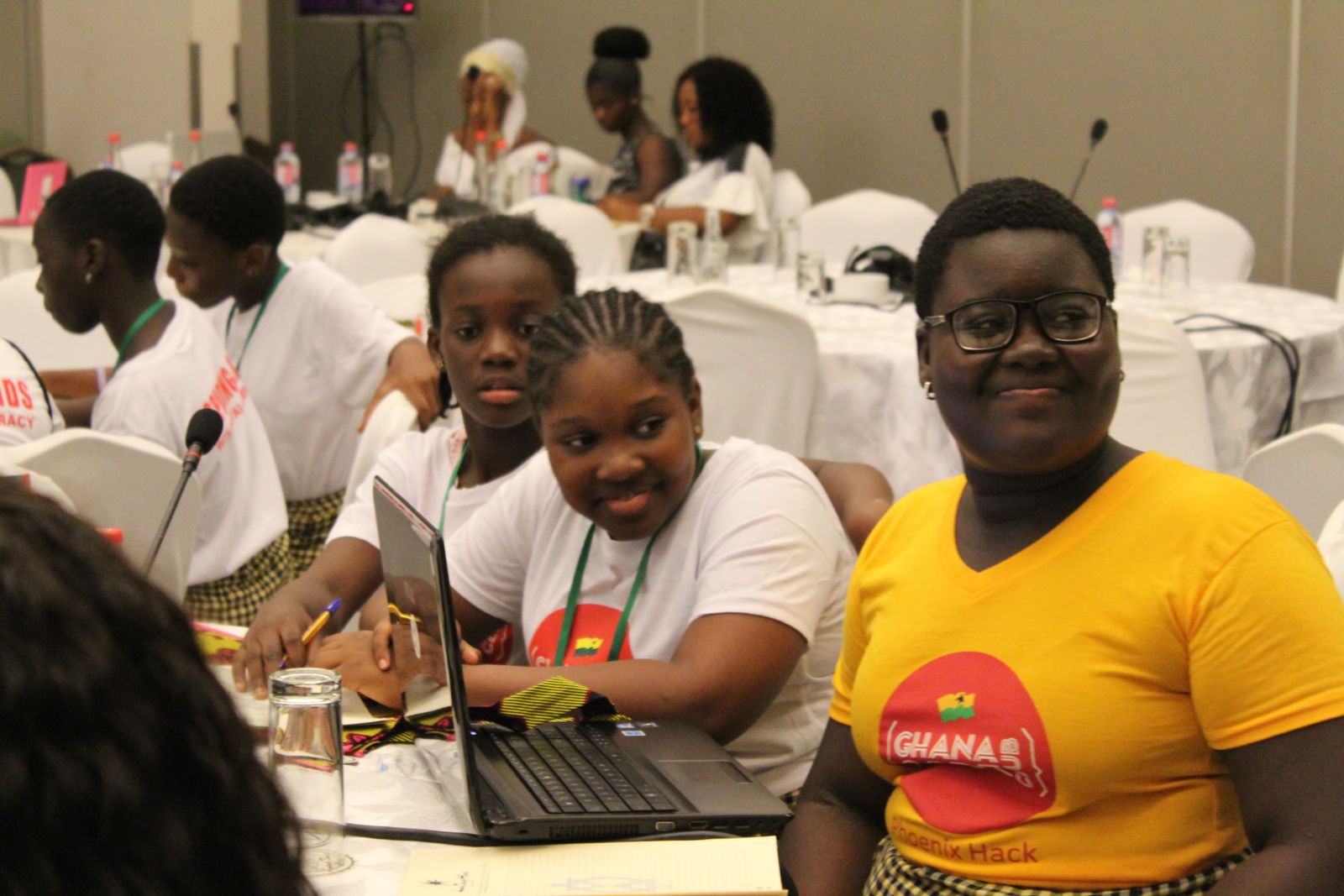 There were many inspiring moments at the 2nd Africa Summit on Women and Girls in Technology. One such moment was from Anais Owusu from the Ghana Code Club, an initiative that teaches children computer programming skills. She said to the Summit crowd of 250+: “Being a part of Ghana Code Club has taught me so many things. For one, I’m an artist. Being able to put your works on the screen for people to see how beautiful it is and to be appreciated...feels really good.”

Anais gained confidence from female leadership mentors, learning a new skill (coding), and sharing her work with the world. In turn, she occasionally helps younger members sketch out their own characters and then bring these characters alive with code. Given Anais’ experience and the benefits for many other women at the Summit, how do we go beyond internet access to an empowering use of the web?

At the Women's Rights Online (WRO) network, we are working on exactly that: driving women’s empowerment through the web. This research and advocacy network is an initiative of the Web Foundation that comprises women’s rights and digital rights groups across Africa, Southeast Asia and Latin America and the Caribbean, working to bridge the gender gap in technology, data, and policymaking. In 2015, WRO conducted research on internet access and use—based on a survey of thousands of poor urban men and women across nine low and middle income countries—and found that while nearly all women and men own a mobile phone, women are still nearly 50% less likely to access the internet than men in the same communities. Once online, women are 30-50% less likely than men to use the internet to increase their income or participate in public life.

However, there are still no reliable statistics for internet access across multiple devices, let alone use. Even more dire is that, not coincidentally, the slowdown in internet growth globally is occurring simultaneously with the growing digital gender divide, as the Alliance for Affordable Internet’s (A4AI) 2018 Affordability Report findings reveal.

But the technology gender gap goes beyond access. WRO and A4AI research addressing the combination of access and use of the internet shows that, in most countries, there are no concrete measurable and time-bound targets for closing the gender gap in national ICT policies or broadband plans.

Some governments, such as Costa Rica and Ghana, are making efforts to address the affordability barrier by subsidizing costs for women to get online. For example, Costa Rica went from having 28.4% of the population using the internet in 2007 to 66% in 2016, according to ITU, largely by providing access to low-income households, the majority of which are headed by women. That year, a higher proportion of women were using the internet than men, 66.3% to 65.7%.

In Ghana, women are signing up to digital training programs via Universal Service and Access Funds (USAFs) programs, which are communal public funds to expand internet connectivity and access. One such USAF, the Ghana Investment Fund for Electronic Communications (GIFEC) created the Digital For Inclusion program that ensures 60% of local people that sell their services are women. While these programs are beneficial, policies such as USAFs have not always been effective, and they should only be complementary to policy targets on infrastructure sharing, cables, tax incentives, and education. For example, research by the Web Foundation and A4AI on USAFs across Africa estimates that US$408 million collected to expand internet access has been left unused, with many governments failing to connect women and other offline populations. To make up for these failures, governments must invest at least 50% of USAF funds in projects targeting women’s internet access and use.

Existing technology and technological realities must be addressed in parallel with emerging technologies such as artificial intelligence, automation, and blockchain. Companies and governments alike can identify which policies have not worked and resulted in greater inequality and deepened the digital divide, for example, under the UN Guiding Principles on Business and Human Rights.

Further, the WRO digital gender audit gap/scorecards provide an assessment of how 16 countries are faring with regard to the digital gender gap. At the Web Foundation, we now are working on a compendium of questions to provide a strong methodological framework for other actors working in the gender and ICT space. This includes a deeper look at the different aspects of the REACT policy advocacy framework:

Education: Use education to equip everyone—especially women—with the skills they need

This new phase of WRO research will include a more in-depth understanding of tech-mediated gender-based violence (GBV)—and will double down on qualitative insights on the gendered access and use of the internet.

Technological advances are inevitable and crucial to the way the web evolves, and digital rights advocates must engage different stakeholder groups, including governments and companies, to push against exacerbating inequality with both existing and new technology. With solid research that feeds into evidence-based policy making, the right decisions can be made to narrow the digital gender gap.

For example, Nigeria has improved women’s digital skills through its National Broadband Plan, which requires the Federal Ministry of Communications Technology to monitor the number of women without access to the internet. The Ministry also incentivizes civil society organizations and private education institutions to train women to use the internet. The Ministry has thus partnered with a number of private groups to develop ICT capacity building initiatives for Nigerian women and girls. Yet the initiatives usually benefit women and girls who already have access. Much more effort is needed to reach those not yet online.

These efforts are especially critical in preventing GBV online. Existing laws made to prevent online harassment are sometimes not well enforced and may end up exacerbating negative impacts on women. For example, in Jamaica, a female activist who used social media to identify perpetrators of GBV was arrested (and eventually released) for “malicious communication” under the country’s Cybercrimes Act—an act originally passed in part to prevent online harassment against women.

Controversial yet pertinent topics that are related to rights are discussed online, yet women often won’t share their opinions on these topics in fear of online GBV, making them less engaged. A gender lens is therefore critical to resolve tech enabled abuse, including existing efforts to prevent GBV, such as the International Labour Organisation (ILO) Convention to eradicate work GBV and the Association for Progressive Communications (APC) Take Back The Tech! campaign, among others. What kind of access and use are we talking about, if women have access to the web without rights or safety?

One critical step for governments when drafting these policies is meaningful engagement and consultation with women’s rights groups. WRO research has found that women who are already vocal offline/political are more than three times as likely to be vocal/exercise their political voice online. If we want to ensure the web is a space for everyone, where people not only participate but thrive from participating, we must tackle the digital gender gap relentlessly.