Traveller communities in Ireland are using international human rights law to monitor their housing conditions and to demand action from the local council. And they are not the only ones. 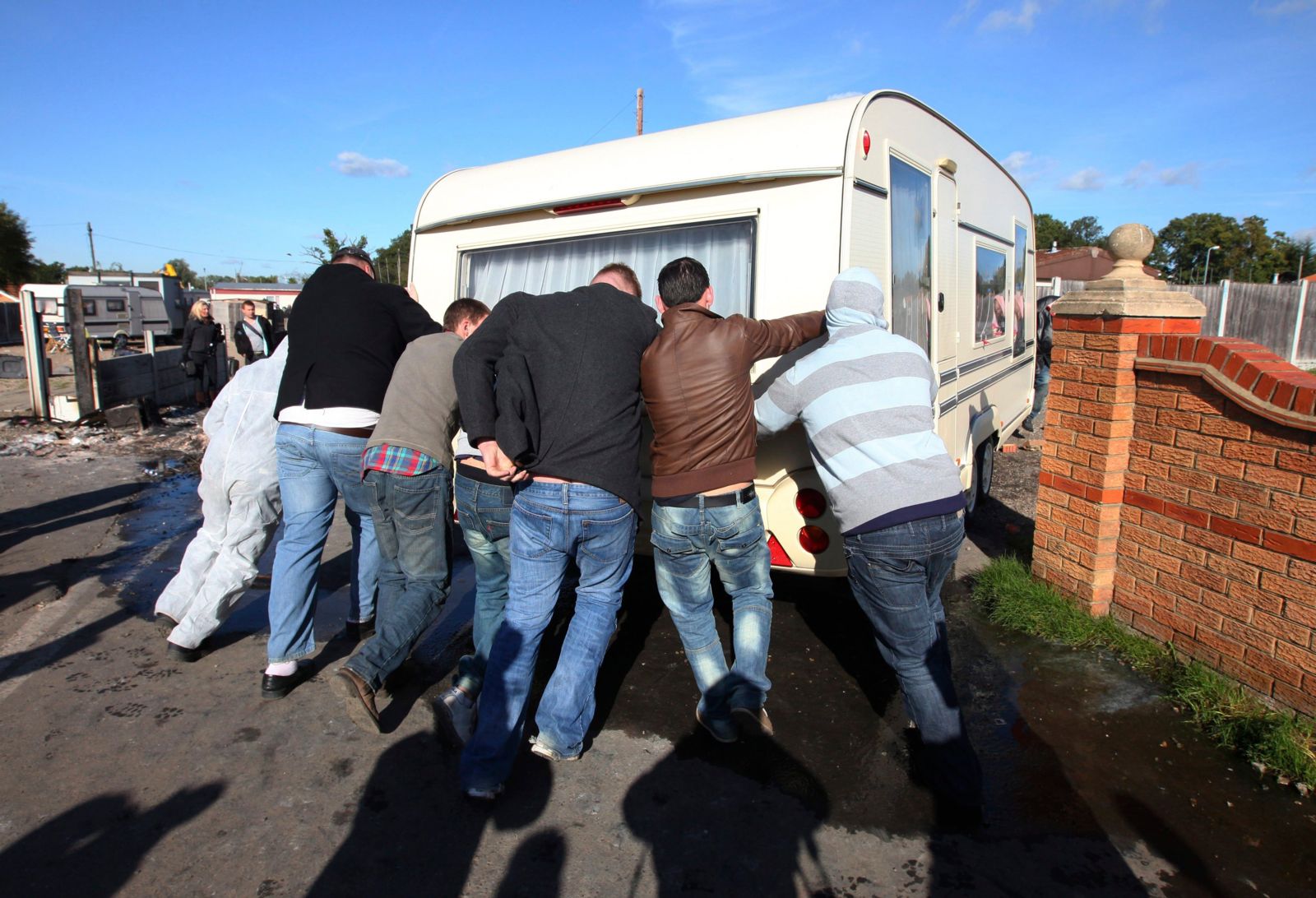 A community of about 36,000 Irish Travellers live in the Republic of Ireland and 4,000 more in Northern Ireland. Part of the island’s history for centuries, this ethnic minority suffers extreme disadvantages in relation to health, housing, education and access to work.

The Irish Economic and Social Research Institute reports that seven in ten Travellers live in overcrowded housing, eight in ten are unemployed and only one per cent have a college degree. According to the Human Rights and Equality Commission, Irish Travellers are almost ten times more likely to report recruitment discrimination than the White Irish, and 22 times more likely to report it in shops, pubs and restaurants.

A new report by the Irish Traveller community documents the struggle of this ethnic group for their right to adequate housing. The title says it all: “I know my rights but they’re being denied”. The report is based on two surveys with 95 families in 2016 and 2018 (about 20% of the Traveller families in the city), and identifies four indicators and benchmarks to assess the progressive realisation of the community’s housing rights: 1) a decrease in the number of Travellers on the social housing waiting list that have not yet received a written offer of accommodation; 2) a decrease in the number of people that say their accommodation is unsuitable; 3) a decrease in the percentage who are dissatisfied with their landlord’s or the council’s response to reported problems; and 4) an increase in the number of Travellers who feel they know their rights.

The first three variables have moved in an alarming direction. First, while 11% of Traveller families had received formal written offers in 2016, the number has gone down to 4% in 2018, way below the 33% target set by the community itself. Second, 67% felt their accommodation was “unsuitable for their family’s needs” in 2016, and the number rose to 76% two years later (20% target). Third, the percentage of people that were not satisfied with the response from the council or the landlord remained very high over the same period at 84% (5% target).

On the other hand, the fourth benchmark saw a clear shift in a positive direction. Only one in four people who identified as Travellers felt they “knew their rights” in 2016, and that number rose to nearly one in two this year.

There is clearly a long way to go (e.g., the community’s target for knowledge on rights was nine out of ten), but the conclusion is clear: a growing number of Travellers in North Cork are aware of their housing rights, but their actual enjoyment of these rights has gone down. And indeed, the former might explain the latter: well-informed citizens expect and demand more from government. A community that knows their rights is best placed to monitor public policy, thus, community-led monitoring in North Cork has made families and residents increasingly mindful of the extent to which their health conditions are determined by social conditions beyond their control. For example, nearly six in ten Travellers reported that their poor and insecure housing conditions negatively affected their physical and mental health.

Travellers in Cork are demanding water, sanitation, infrastructure and housing solutions that are rooted in the community, respond to the needs and preferences of its members and contribute to dismantle stereotypes. Solutions must come from the community not only to be legitimate but to be effective as well.

In 2015 the UN Committee on Economic, Social and Cultural Rights urged Ireland to “provide Travellers and Roma with culturally appropriate accommodation in consultation with them (ensuring) that the funding allocated to Traveller housing at the local level is fully and appropriately spent to this end”.

Travellers have decided that nobody can hold public authorities to account in relation to the UN’s recommendations better than them. They are taking ownership of their own rights. And they are not the only ones.

Social tenants in Belfast and Edinburgh are also using human rights indicators and benchmarks to monitor the extent to which local authorities are satisfying their human right to adequate housing. In Spain, the Platform of People Affected by Mortgages (PAH in Spanish) sparked in Barcelona in 2009 and quickly mushroomed across Catalonia and the rest of the country. Over the last decade thousands of members of this grassroots movement have stopped evictions, lobbied to change laws (successfully in some cases) and raised awareness about the financialisation of housing. People all over Scotland are aligning efforts to champion food justice in Scots law and policy. There are other inspiring examples of community-led monitoring of human rights from Buenos Aires to Nairobi or Delhi.

All these initiatives have something important in common. They are putting human rights into grassroots discourses, making international human rights law locally relevant. Irish Travellers and other communities around the world show that human rights are much more than a shield to protect the individual from the state. Human rights also have a unique empowering and mobilising effect.

Families in the community feel that the Cork County Council has ignored them for too long, but the combination of local engagement, media spotlight and international solidarity could increase pressure on Irish authorities locally and nationally.

The experiences in North Cork and elsewhere contribute to connecting international human rights law with local activism in a way that reinforces both spheres, but puts the centre of gravity of human rights action and research at the local level. These cases encourage us to expand and develop a model of human rights advocacy from the ground up, reflecting lived experiences and amplifying local narratives to trigger hope and change.