Non-invasive and non-punitive interventions that draw on positive emotions have promising potential to break the poverty cycle, but this approach risks ignoring root causes of poverty. 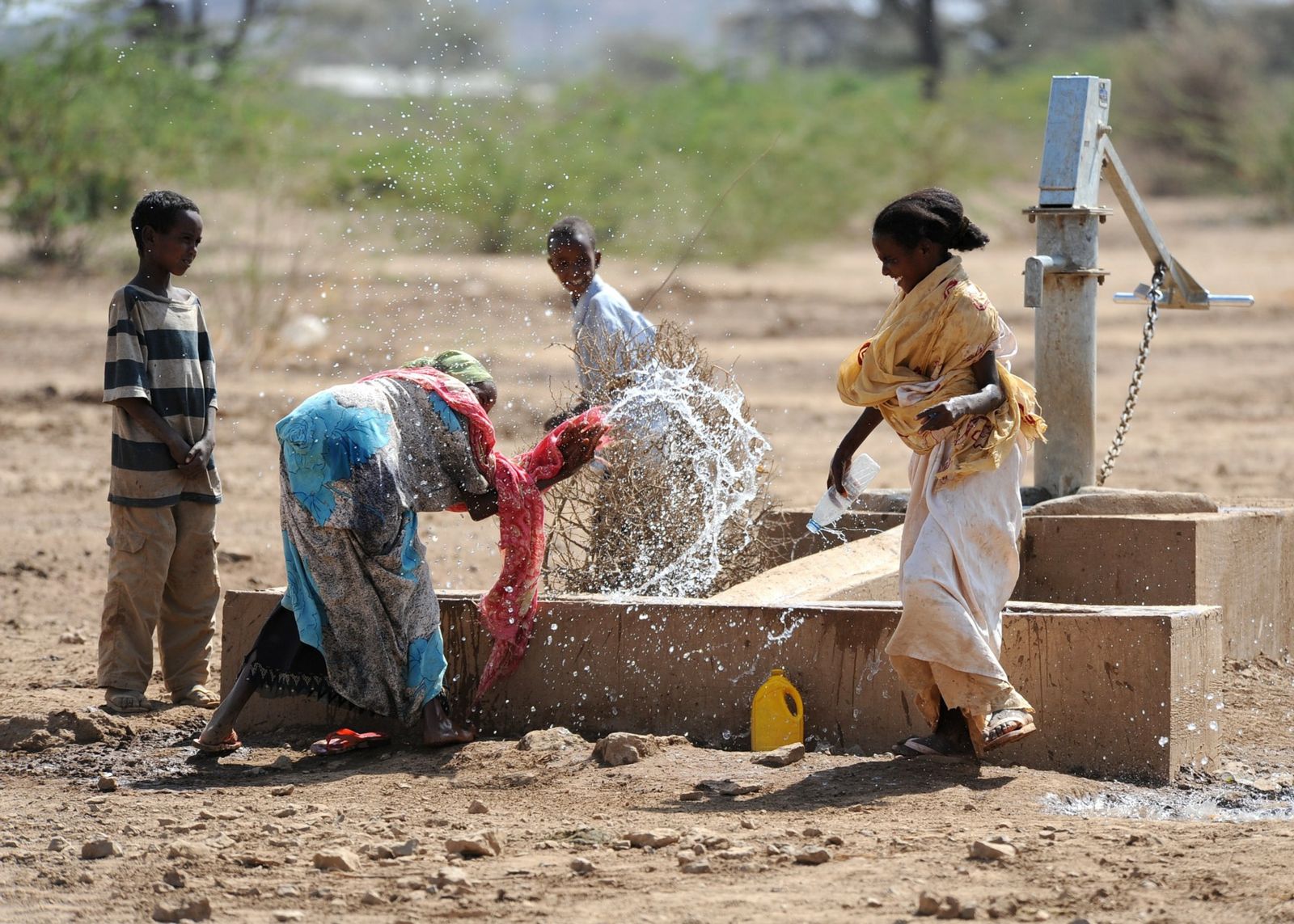 Woman and children play while collecting drinking water from a pump in Jedane, Ethiopia.

Governments, international agencies and civil society in the global South are in a constant search for more cost-effective ways to reduce poverty and improve people’s lives. While the Sustainable Development Goals commit governments to eradicating poverty in all its forms by 2030, there is still a long way to go. Tackling poverty—as well as the links of poverty reduction to human rights—are not new, and the SDGs offer promising rights-based solutions. However, interventions that support people living in poverty to hope and aspire for a fairer life could offer a new and promising approach.

There has been an increasing interest in the “softer” side of poverty reduction that focuses on people’s internal constraints rather than external factors such as education and infrastructure. Economists and other scholars have become increasingly aware of how emotions may lock people into poverty, and also of the potential of emotions to support people in lifting themselves out of poverty. In 2015, the World Bank’s annual World Development Report was entirely dedicated to the psychosocial and behavioural causes and consequences of poverty.

Indeed, as I have written elsewhere, negative emotions are significant factors in holding people back from moving out of poverty. Some farmers in India, for example, resorted to idleness and alcoholism to cope with feelings of shame associated with their poverty. Also in southern India, pregnant women were found to stop attending vital health check-ups for themselves and their babies in the face of harsh and intimidating treatment. In addition, despite the primary objective of poverty alleviation, the implementation of anti-poverty programs can often lead to stigma and shame.

On the flipside of all of this, raising hope and aspirations may prove to be a missing link in breaking the vicious cycle of poverty. Some researchers have pointed out that hope can be considered the most powerful effect of poverty-reduction programmes, setting in motion a positive cycle. Experiments drawing on the notion of positive psychology, and the role of aspirations in particular, have found positive effects.

For example, an intervention in Ethiopia that asked poor people to watch a one-hour documentary showing successful agricultural and business practices in similar communities as their own led to greater savings and investment, even at six months after watching the video. In Uganda, children watching the movie “Queen of Katwe”, about a girl from a township in Kampala becoming an international champion chess player, was found to increase math test scores. Greater self-belief in their own abilities among young women in India was associated with higher educational and employment outcomes.

These interventions fit the wider remit of “nudge” theory, which is now firmly part of policymaking across the globe. The theory builds on the hidden motives behind human behaviour, and shows how policies can tap into these to alter behaviour in favourable ways. This can be applied to a whole myriad of policy areas, from choice of words on fine notices for debt repayments to opt-out systems for organ donation. In terms of poverty reduction, non-invasive and non-punitive interventions such as showing videos or films may present promising low-cost and effective policy options.

However, there are some major red flags in making the power of emotion the new development mantra.

Policymaking that focuses explicitly on emotions for its beneficial behavioural effects rather than intrinsic merits can be criticised for its “libertarian paternalism”. The focus on individuals’ internal constraints without consideration of wider structural barriers places the responsibility of poverty reduction squarely with the individual. This is of course highly problematic, particularly in development contexts, as structural constraints are so often what holds people back. Lack of high-quality education services, lack of potable water, and lack of jobs present barriers that constrict any efforts to move out of poverty regardless of levels of hope or aspirations. As a group of highly respected economists have pointed out, development aid will achieve little if it does not tackle the root causes of poverty.

Or, put differently, we should aim to avoid the “Oprah Winfrey” effect in poverty reduction. Her powerful appeal to people’s inner strengths for success certainly has it merits but also fails to acknowledge constraints that individuals are unable to lift on their own. This can backfire at an individual level, as lack of success—being unable to move out of poverty—will feed into a narrative of blame and shame. And at a more societal and political level, there is a real risk of depoliticising the debate around social and upward mobility. Policy rhetoric that focuses on the power of positive emotions feeds an agenda that places responsibility of poverty with poor people entirely, and gets governments “off the hook”. The risks of over-emphasising individual failings and ignoring structural barriers are evident in high-income countries, such as the UK. Depictions of welfare recipients as “scroungers” leads to widespread stigma that is demonising and dehumanising, causing psychological harm and putting people off from taking up benefits that they are entitled to and desperately need.

While the agency of people in poverty should never be underestimated, ideas of positive psychology should not be hijacked by an austerity agenda that ultimately leaves people worse off. Raising hope and aspirations certainly has its role in poverty reduction, but should always be considered within the day-to-day reality that people face in trying to make ends meet.

Keetie Roelen is a research fellow at the Institute of Development Studies and co-director of the Centre for Social Protection.

Building the foundations of resilience: 11 lessons for human rights educators and supervisors