Changing the way we document human rights abuses—such as paying more attention to soft repression—could correct our understanding of what is really happening. 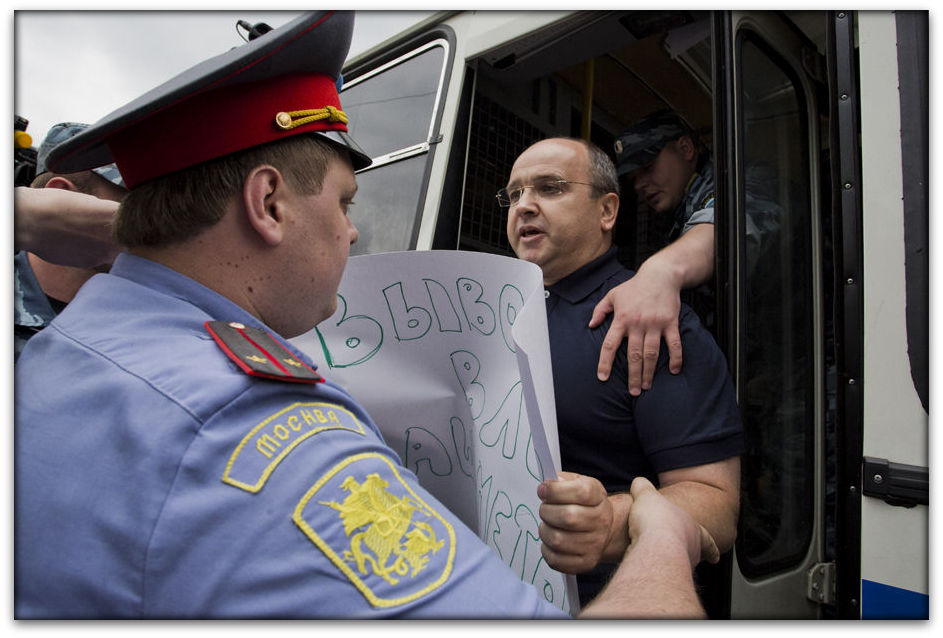 Our understanding of political repression around the world is shaped by qualitative and quantitative data on individual human rights defenders. To a large extent, this data focuses on imprisonment or other physical integrity violations. But can we assume that it represents the reality of political repression? And to what extent can we rely on such events data to draw confident conclusions about a deteriorating trend, or a “shrinking space” for civil society activism?

There is no doubt that many human rights activists face threats and abuses of their rights—this is a matter of great concern, but it is nothing new. When the human rights community talks about an increase in fundamental rights violations, or a global attack on human rights defenders, some caution and careful review is in order. The available data is shaped by monitoring capacity and by an attention economy that prioritizes reports about gross violations; therefore, it might distort our understanding of both the status quo and trends over time. We argue that two shifts in documentation could correct the picture: 1) pay attention to soft repression as opposed to only hard repression, and 2) document perpetrators rather than only victims.

Reports issued by the UN Special Rapporteur who is mandated to support human rights defenders are an authoritative source of information about attacks on activists. In the years 2000 to 2016, the rapporteur addressed more than 12,000 cases of human rights defenders at risk. Using official UN reports, we coded data on the different forms of repression experienced by those human rights defenders before the UN took action. Detention cases amount to more than 56% of the cases, whereas softer forms of repression, such as administrative measures like travel or work restrictions were only recorded in around 8% of all cases. This distribution is highly unlikely to be reflective of repression patterns in reality.

Instead, UN data on attacks against human rights defenders is very probably shaped by an attentional bias that overemphasizes deprivation of liberty as a threat. There are a number of reasons for this: hard forms of repression such as violent crackdowns and imprisonment capture media attention, whereas bureaucratic obstacles tend to be underreported. Soft repression is less captivating. What is more, activists grow used to low-level and long-term repressive acts, and often only start reporting threats when pressure escalates. There is established NGO capacity to document political imprisonment. It is difficult to prove state involvement in cases of harassment or smear campaigns. Limited access to information shapes monitoring results. As a consequence, hard forms of repression are better documented than soft forms of repression.

Paradoxically, this does not mean that there is a good level of international knowledge about political imprisonment or other forms of politically motivated detention. Even here, the information is sketchy. We discovered this by comparing individual case data published by four influential international actors during the years 2001 to 2010, covering 26 countries where political imprisonment was systemic. The main take-away from the comparative analysis is that we cannot identify an overall trend using descriptive events data. In most of the years under review, the cases reported by the various actors not only show strongly diverging levels but even opposing trends. For instance, in our analysis of Amnesty International’s figures, it appears that there were fewer cases of political detention in 2010 than there were in 2005. Meanwhile, the US State Department’s data suggests there were more in 2010 than in 2005. And data by two UN special procedures suggests that the overall numbers in 2005 and 2010 were almost the same. The main driver of these varying trends is not the number of people who were detained, but the respective actor’s capacity to monitor and document them.

Of course, it remains important to collect data on instances of repression, not least because repressive states fear scrutiny. But descriptive statistics are not a suitable basis for understanding trends over time. Moreover, repressive states have learned how to undermine the power of documentation: to prevent political backlash, they alter their tactics of repression.

While we remain skeptical that there is, indeed, a globally deteriorating trend, one conclusion is clear: when repressive actors shift their intimidation tactics, human rights actors must adapt their documentation tactics accordingly. Today, two fundamental shifts in data collection on political repression are needed. First, there should be a shift from emphasizing hard repression toward more documentation of soft repression. The Civicus Monitor has already started to promote such a shift. The political costs today associated with violating physical integrity rights are largely the result of relentless efforts to expose these types of human rights violations. Building on this success, civil society organizations can unite against soft repression as well.

Second, there should be a shift from victim-focused toward perpetrator-focused documentation and advocacy. Today, most international human rights organizations tell the stories of victims. They do so to give human rights violations a face and to encourage empathy. But storytelling in support of individual human rights defenders will not necessarily alter the cost-benefit calculations of emboldened repressive actors. It is high time to launch more rigorous international efforts to expose lines of responsibility and make perpetrators the central characters in stories about political repression. So far, we know and talk too little about the decision-makers who plan and implement attacks on civil society. We let them hide in anonymity, and that has to change.

Janika Spannagel is a research associate at the Global Public Policy Institute (GPPi) in Berlin, where she explores quantitative methods in human rights research on political imprisonment. She is pursuing a PhD on the international protection of human rights defenders at the University of Freiburg.