A crisis that shouldn’t be

Polling in over two dozen countries shows much greater public support for refugees than commonly reported.

The large increase in the number of people—refugees and migrants—reaching Europe in 2015 brought huge attention to the refugee crisis that has been unfolding in the Middle East over the last five years. But there has been a decades-long human rights and humanitarian crisis affecting refugees across the world. Yet, it is a crisis that is neither inevitable, nor unsolvable. In fact, the reason millions of refugees continue to suffer years after they have been forced to flee their countries is the apathy, and sometimes hostility, of governments and political leaders. In contrast, support for refugees among ordinary people in countries around the world is surprisingly high.

The outpouring of support that followed the drowning of the Syrian child Alan Kurdi in September of 2015, and which saw the rise of the #RefugeesWelcome movement, was countered, often vigorously, by anti-immigration rhetoric. In some countries, political leaders adopted overtly xenophobic attitudes and some governments introduced policies that were seen by many as racist. 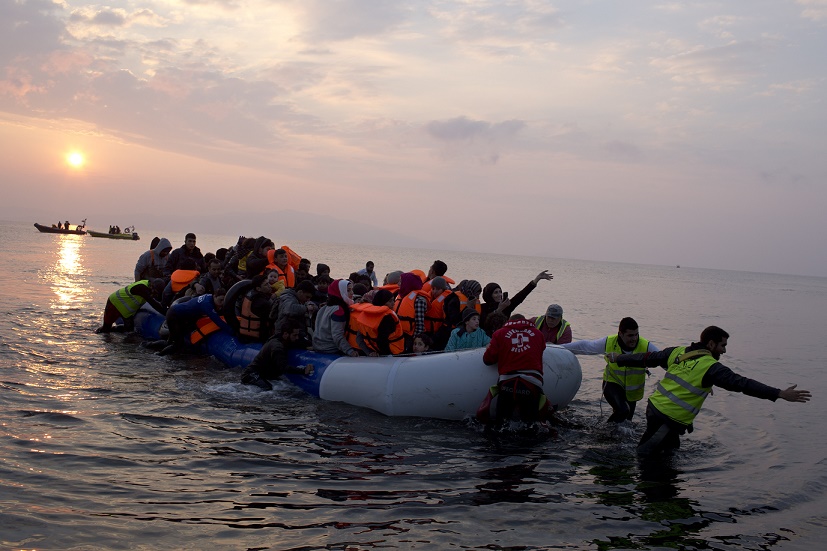 Over the years, in many conversations with colleagues in the human rights movement, we took for granted that the majority of the public was not sympathetic to refugees. This feeling was not restricted to attitudes in Europe, but equally to countries in the Middle East, Africa, Asia and the Americas.

In turn, the fact that most governments are persistently reluctant to take proactive and practical steps to solve the global refugee crisis seemed in great part due to the perceived lack of public support for refugees. Of course governments must protect human rights regardless of the level of public support. Achievements like the abolition of the death penalty and legal respect for LGBTI rights in many countries would not have happened if they were solely based on popular support. On the other hand, public support for solving a human rights crisis should spur governments into action.

The incredible level of activism around the #RefugeesWelcome movement in Europe made us, at Amnesty International, question the accepted narrative that the broad public was not supportive of refugees. We realized that there was very little empirical data to measure public attitudes towards refugees, so we commissioned GlobeScan, a leading public opinion research firm, to undertake a global survey in 27 countries. They asked 27,000 people in 27 countries how closely they would accept refugees on a sliding scale: in their home, their neighbourhood, their city/town/village or in their country—or if they would refuse them entry to the country altogether.

The presumption that public opinion is not supportive of refugee protection needs to be seriously challenged.

Surveys are a snapshot in time. Opinions and attitudes change and global polls cannot take account fully of local contexts. However, what this poll tells us very clearly is that the presumption that public opinion is not supportive of refugee protection needs to be seriously challenged. It gives the human rights movement an important argument to raise with governments who justify their lack of action on the refugee crisis by claiming public reluctance to accept refugees.

The refugee crisis is solvable. On 19 September, the UN is hosting a summit on the refugee and migration crises and is expected to adopt a global compact on responsibility-sharing for refugees. This is a rare opportunity for world leaders to decisively deal with the current refugee crisis and prevent future crises. The strength of the global compact will determine whether this unnecessary human rights tragedy continues or whether it is solved.

There are around 20 million refugees in the world. Some of them are long term refugees who have integrated into their host countries, but the majority have not. They live in camps and poor urban dwellings, with limited access to education, health care and employment. In many countries, they don’t have a secure legal status: they risk deportation, arbitrary detention and are discriminated against in employment and university education, amongst other things. They all share one thing in common: they have all lost the protection of their countries of origin.

Preventing the root causes of the refugee problem is challenging: ending conflicts, persecution and human rights abuses does not happen quickly or easily. But if governments come together to agree an effective and lasting mechanism for responsibility-sharing, they can end the suffering of those who were forced to become refugees. This means resettling over a million refugees globally, states opening their doors to refugees from countries like Turkey, which are hosting a disproportionate number of refugees, and providing enough money and support to ensure that refugees can get access to education, adequate health care and an adequate standard of living.

The number of refugees in the world is large in historical terms but it still amounts to less than 0.3% of the world’s population: the international community is well able to collectively protect less than one third of one percent of the global population. The only thing that’s stopping governments from solving the refugee crisis is apathy, not public opinion.