For long-term social and economic stability, investments into increased economic equality are essential for everyone’s prosperity.

In March 2016, over 40 New York millionaires wrote a letter to the governor and state lawmakers calling for a 1% plan for tax fairness. Given the strenuous efforts that many wealthy individuals and businesses go to avoid paying tax, this was seen by many as a surprising move. The signatories to the letter said that given they have contributed to and benefited from the economic vibrancy of the state, they have not just the ability but also the responsibility to pay back. However, their apparent motivations were not just altruistic. They also cited that for long-term social and economic stability, investment in infrastructure and human capital are essential elements for prosperity.

At the same time the millionaires were writing their letter, Juan Pablo Bohoslavsky, the UN independent expert on the effects of foreign debt on human rights, was issuing his latest report how economic inequality affects the enjoyment of human rights. When apparently opposite sides highlight the same issue, it raises a number of questions. Why now? Why this growing realisation of the impacts of inequality on society? How is increasing inequality contributing to global insecurity? Can we address inequality using a human rights approach?

Economic inequality is a cause and consequence of policy choices available to and made by a range of actors—individuals, companies, governments, international and intergovernmental organisations. In terms of fiscal policies, these can range from tax breaks, tax havens, tax avoidance agreements to trade subsidies—the list goes on. Although many of these agreements may be technically legal, they do raise important moral and ethical questions. Many of these agreements tend to favour a small minority who, as a result, can enrich themselves many times over, widening the wealth gap even further. Beyond their dubious ethical nature, such arrangements can fuel social unrest with accompanying costs that can far outweigh the perceived economic benefits of investment incentives. 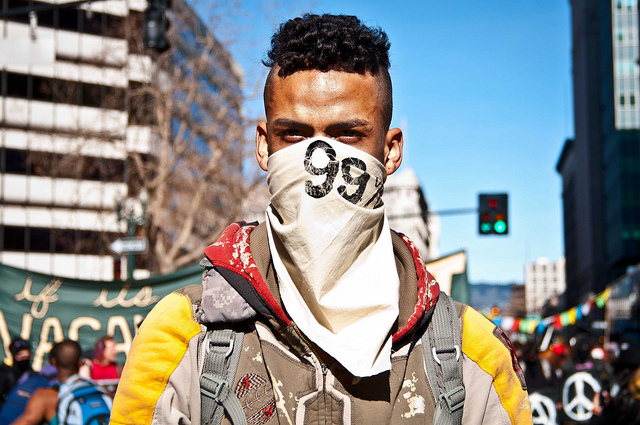 Protestor gather to march against economic inequality in Oakland, California.

A study by Action Aid highlights how developing countries are losing millions of dollars due to bilateral tax treaties that either restrict their right to levy a tax or take away the taxation power from respective governments. This significant loss of government revenue frequently impacts key social sectors reducing funding for essential services such as healthcare, education and decent housing with a disproportionate impact on the poor and marginalised. When states fail to raise the income they need through fair and appropriate taxation or fiscal policies, the resources available for human rights delivery are severely compromised.

The same study cites the case of Uganda, where the government is unable to tax certain earnings paid to the owners of Ugandan corporations when the owners are from the Netherlands. Not surprisingly, on paper, over half of the investments in Uganda are from the Netherlands. The study also cites the United Kingdom and Italy, which has the largest number of restrictive treaties or bilateral agreements with lower income African and Asian countries, depriving these governments of much-needed revenue from taxation.

On a global level, the stalemate in the Doha negotiations reflect the tensions between the developed and the developing world when it comes to devising an equal trading world. The current rule-based trade system has failed to stem global inequalities, address poverty and climate change or support inclusive growth. While in common parlance there are “trade talks”, in reality, most of these are “legal pathways” created for companies to avoid taxes and increase profits. Such tax-related capital flight—as a result of bi-lateral and multi-lateral agreements—also robs developing governments of vital income. The IMF estimates that developing countries lose out on $200bn a year in avoided corporate tax, while the net official development assistance (ODA) flows from DAC member countries in 2014 totalled to $137bn—far less than what they lose on tax avoidance.

However, the consequences are often not just economic. Acute inequalities manifested through the denial of people’s enjoyment of their fundamental rights to food, water, housing, education or health care, sow the seeds for conflict and social instability, which in turn can impact civil and political rights such as free expression and assembly. The UN report “Inequality Matters” shows that when individuals and communities feel disenfranchised this sparks social tensions, political instability and conflict. Many other studies have corroborated such findings.

So where do we go from here? There is little incentive for those with the power to change the status quo. Whilst the human rights framework can help challenge and address the question of growing inequality, there is an urgent need to link this to a time-bound action plan with concrete targets and indicators. Agenda 2030 for sustainable development gives us this chance. Governments must use this once in a generation opportunity to ensure there is universal access to quality education, health care, adequate housing and social safety nets, especially for poor and marginalised communities. The focus has to be on investing in human capital, especially women and girls, to break the cyclical nature of inequality.

In a similar vein, an ever increasing number of non-governmental organisations from both the human rights and development worlds are coming together to form a “Fighting Inequality Alliance” to shine a light on the root causes of inequalities. This alliance intends to press government and non-state actors, such as powerful corporations, to ensure people can enjoy their human rights and live a life free from fear, free from want.

To ensure states are able to generate and allocate maximum available resources, as required by the ESCR Covenant, most states will have to change social, market and taxation policies to generate more revenue for developing nations and work towards a fairer distribution of wealth between and within countries. Rich nations will also need to meet their obligations of providing Overseas Development Aid (ODA) to developing countries. The vast majority has not yet met the target of 0.7%, which was agreed to over four decades ago. States also need to address rigged rules in trade regimes, which encourage a rent-seeking culture, tax havens and tax avoidance.

The human rights approach recognises the power of people to exercise their fundamental civil and political rights such as of freedom of speech, and association, and in so doing become watchdogs against economic and social exploitation by the existing system holding governments to account. States must do their utmost to ensure such movements, institutions and human rights defenders are protected.