Violence against women and the LGBTI community has a long history in Colombia’s state security apparatus, and recent murders of women human rights defenders are a continuation of a decades-long, strategic extinguishing of people trying to make positive social change in that country. 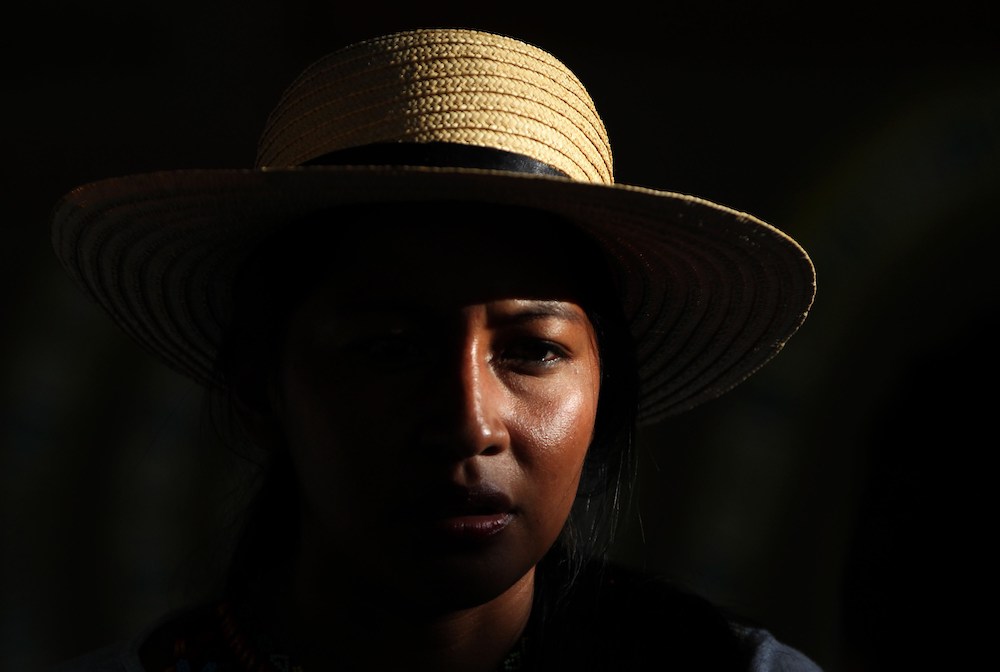 When the Revolutionary Armed Forces of Colombia (FARC) signed its historic peace accord with the Colombian government in 2016, people worldwide lauded the peace deal as pathbreaking because of its focus on gender and women’s rights. Headlines celebrated this “first-ever” peace agreement that emphasized women’s rights as a core priority. What was eclipsed by those celebrations, however, was the fact that the public referendum on the agreement failed in part due to inflammatory rhetoric about “gender ideology”—a derisive term used increasingly by conservative religious leaders to stir up a form of moral panic that links gender equality with social deterioration.

The original draft of the agreement had a substantial section on gender, women’s rights, and LGBTI rights, but it arrived amidst a wave of controversy that had risen to a fever pitch in 2015 over same-sex marriage and LGBTI rights in schools. The stated purpose of the gender focus in the agreement was to recognize the disproportionate effect the conflict had on women, especially in terms of sexual violence, and on the LGBTI community. This gender focus was also supposed to recognize and address the fact that women were less likely to hold land titles and to address the historical political exclusion of both women and people in the LGBTI community.

But religious and political leaders who had rallied against the Ministry of Education the year before also rallied against the peace accord, quickly labelling the agreement’s language of LGBTI rights as “gender ideology” that would directly threaten traditional families. They argued that the agreement put Colombia at risk of “homosexual colonization”, despite the fact that the agreement did not discuss same-sex marriage at all. Despite progressive laws on women’s rights and gender equality, parts of Colombia still retain a strong tradition of machismo (hyper-masculine ideals of power, aggression, and patriarchal dominance) in some circles, and women who stand up for their rights are a threat to those ideals.

The UN High Commission on Human Rights has reported that killings of women human rights defenders in 2019 increased by nearly 50% compared to the year before.

When the referendum failed, members of the FARC delegation and the Colombian government quietly met with conservative leaders, hammering out an agreement deemed more acceptable and, arguably, less revolutionary. The hard-won gender equality language that was fought for by Colombian LGBTI groups, grassroots women’s organizations, and guarantor countries was watered down, though some argued that it was merely made more specific. The number of references to gender was reduced; for example, in terms of political participation, instead of “gender equity” the accord now refers to the “equitable participation between men and women”, and similar language changes are found in the land restitution section. The final text of the agreement also mentions the traditional family as the “fundamental nucleus of society”.

Now, over three years later, the UN High Commission on Human Rights has reported that killings of women human rights defenders in 2019 increased by nearly 50% compared to the year before. While women’s involvement in conflict (both in state groups and in non-state groups) may be an illustration of shifting gender norms, the debate over “gender ideology” shows that these norms are far less malleable than we might hope. Research indicates that violence against women often goes up after a peace agreement, largely due to war’s disruption of traditional gender norms. In addition, a comprehensive database of peace agreements between 1990-2010 found that only 16% of 585 agreements contained specific references to women (including even nominal mentions). Only seven of these (1%) included attention on specific needs of women and girls in disarmament, demobilization, and reintegration (DDR) processes. Another study on 31 peace processes between 1992-2011 found that only 9% of peace negotiators were women, despite research showing that peace negotiations that include women are more durable. In Colombia, then, with the emphasis on women’s rights and gender equality, many of us cautiously hoped that the peace would endure.

But “peace” has made things worse in certain areas of the country: the killings of rights activists are most prominent in areas that used to be under FARC control. Since the FARC vacated, much of this land has been taken over by rival guerrilla groups, paramilitary organizations, and drug traffickers due to the power vacuum that the government did not fill when the FARC demobilized. For people in these regions, the violence has become worse since the peace deal, not better. Indigenous women and women ex-combatants are at particularly high risk, especially ones who have taken up political leadership positions and are pushing for gender equality and land redistribution. The triple stigma of being an ex-guerrilla and a woman and a human rights advocate is deadly in Colombia, which is why many women, especially deserters, go to great lengths to hide their ex-combatant status. Being an indigenous woman human rights defender is even worse: rights defenders most likely to be targeted are those defending indigenous and environmental rights.

What can be done when a peace deal that was supposed to emphasize women’s rights makes some women’s lives worse instead of better?

What can be done when a peace deal that was supposed to emphasize women’s rights makes some women’s lives worse instead of better? It is perhaps unfair to blame the peace deal—the environment of violence against women, and against rights defenders more generally, was in place long before the “gender ideology” debate. The Colombian government’s long-standing framing of the guerrillas as narco-terrorists has historically subsumed, by extension, anyone leaning even slightly left: union leaders, university students, human rights defenders, peasant farmers growing coca, and people simply living in guerrilla-controlled areas. The Colombian military’s history of colluding with misogynistic paramilitary death squads to target social leaders, and police and military participation in “social cleansing” missions to rid the streets of “undesirables” (including prostitutes, LGBTI persons, and street children), also make it clear that this violence is structural and systemic.

Indeed, violence against women and the LGBTI community has a long history in the state’s security apparatus, and these recent murders are a continuation of a decades-long, strategic extinguishing of people trying to make social change in Colombia. Even the government’s attempt to downplay thousands of extrajudicial executions of civilians by labelling them “false positives” is evidence of an administrative tradition that would rather cover things up than face them head on.

As the government continues to lag on implementing key elements of the peace deal, and with several prominent FARC leaders now having re-armed, it is unlikely that women human rights defenders will get adequate protection—or even attention—from the government anytime soon.

The Colombian government needs to own its role in this violence, and perhaps we all need a reminder that peace is not just the absence of war. Inclusive peace, after all, must consider everyone’s security, not just those that sat the bargaining table. Those of us in the international human rights community cannot afford to place Colombia neatly into the “post-conflict” category, celebrate the Nobel peace prize, and trust that things will improve. These women are part of our community. They are us. We are them.