The ‘soft vengeance’ of peace in Colombia

An agreement recently concluded between the Colombian government and the FARC rebels promises both peace and justice, and deserves support by human rights advocates.

Albie Sachs must be smiling somewhere in South Africa, celebrating that Colombians are closer to peace, that we are within reach of achieving that “soft vengeance” against violence, which the title of his 2011 memoir captures so beautifully.

“Don't worry, comrade Albie, we will avenge you,” read the note that his fellow freedom fighters, opponents of Apartheid, sent to his hospital bed. Living in exile in Mozambique, in 1988 Sachs had survived an assassination attempt by South African security agents, but lost the sight of one eye and his right arm to the impact of the bomb planted in his car. Lying in his hospital bed, Sachs asked himself—what it would mean to have revenge, what it would be like to live in a country filled with armless and partly blind people? While his wounds healed, he concluded that his revenge would not be violence, but rather the soft vengeance of achieving the “democracy, freedom, and the rule of law” that his attackers had continued to deny South Africans.

What it would mean to have revenge, what it would be like to live in a country filled with armless and partly blind people?

And so, when he served as advisor to the peace negotiations between the ANC and the South African government three years later, he put his faith in the creation of a Truth Commission, which would subject the perpetrators to the punishment of public confession and contrition, rather than the physical punishment of prison. In this way he rejected a more rigid notion of justice that would have made it impossible to reach a peace agreement.

His timely epiphany is still vitally important. It seemed to anchor his advice, when we met in Medellín for an interview two years ago, regarding the then incipient peace process in Colombia. He told me that restorative justice must be emphasized (focusing on the search for truth and reparation for victims) over and above any retributive justice model. The latter focuses on a specific form of criminal punishment, and which in our country we erroneously identify with prison terms.

This is why I say that Albie Sachs would celebrate the accord reached September 23, in Havana between the Colombian government and the Revolutionary Armed Forces of Colombia (FARC). Although some of its details are still under negotiation, the general accord embodies this ‘soft vengeance’. It provides a balance between two forms of justice, and between seeking peace and ensuring the rights of the victims.

As in South Africa, the transitional justice system in Colombia will deal with abuses by all parties to the conflict (not just FARC). It will also advance victims’ right to truth, because it will only grant favorable treatment to perpetrators who confess to their crimes. However, unlike in South Africa, the Colombian model does not grant amnesty for all crimes in return for a confession; those who have committed the most grave crimes, such as kidnapping, sexual violence or enforced disappearance, are not excused from responsibility. 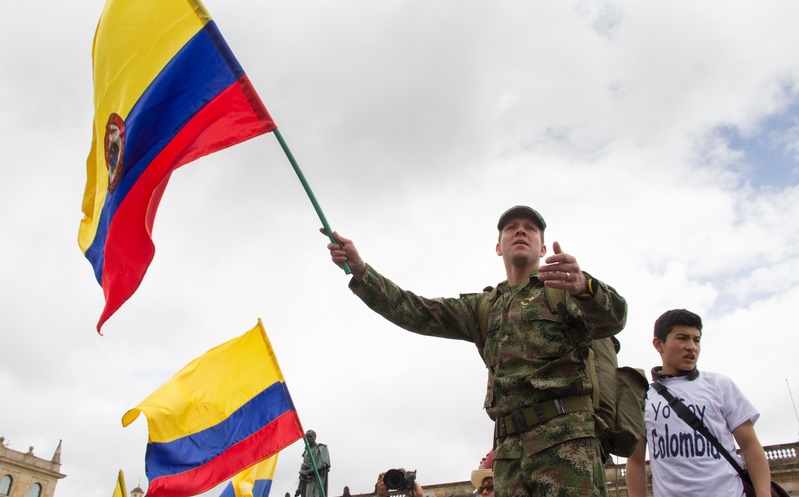 The transitional justice system in Colombia will deal with abuses by all parties to the conflict (not just FARC). It will also advance victims’ right to truth, because it will only grant favorable treatment to perpetrators who confess to their crimes.

The Colombian framework goes farther than the South African framework by demanding that, as a condition to receive more lenient treatment, perpetrators must contribute effectively to redress for their victims.  This makes the Colombian peace agreement the first of its kind to specify restorative justice measures.

Some national and international actors have attacked the accord and criticized its lack of prison terms for all cases of grave crimes. Yet, in the face of these critiques it must be remembered that the South African model, which is often cited as an example for the world, did not contemplate any type of sanction for those who confessed their crimes before the Truth Commission. It is also important to remember that international law does not require that the sanction for grave crimes must necessarily be a prison sentence. International instruments demand that there be “appropriate punishment”. Article 17 of the Rome Statute states requires a “genuin[e]” prosecution and punishment. The lack of specificity of these terms is not accidental, and, pace Human Rights Watch, “prison” and “appropriate punishment” are not synonymous. The vagueness of the language regarding punishment in international human rights instruments reflects, in part, the difficult compromises and balancing acts that nations struggling to regain a sustainable peace and bolster the rule of law must make. It leaves open the space to formulate meaningful forms of punishment that still allow peace to be viable.

Indeed, in a statement reacting to the announcement of the accord, the Prosecutor of the ICC noted “with optimism that the agreement excludes the granting of any amnesty for war crimes and crimes against humanity, and is designed, amongst others, to end impunity for the most serious crimes.”

The accord does not grant amnesty but sets forth effective and specific forms of alternative punishment at the outset. It provides for confinement of perpetrators in a way that provides “a degree of flexibility that allows the fulfillment of the reparatory and restorative functions of the punishment, such as contributing to de-mining or [working on] the reestablishment of crops”. These more lenient “effective restrictions of freedom”, which are expected to be for 5-8 years, will be available only to those who admit responsibility for the gravest crimes early on, and who participate meaningfully in this process. A sliding scale of harsher punishments, including up to 20 years of prison under the regular criminal justice system, is contemplated for those who do not contribute immediately or at all to the process under the Special Jurisdiction for Peace.

In the end, this accord compensates for the incompleteness of each form of justice with aspects of another, equally incomplete form of justice. Criminal courts, truth commissions, reparation mechanisms, and guarantees of non-repetition regarding the atrocities of the conflict are insufficient on their own, but can be complementary to each other. In other words, this is about making sure that the whole amounts to more than the sum of its parts. It is a task that is imperfect as well as difficult. Yet, each nation mired in conflict must carry it out, in its own way but always within the parameters of international law. Colombia, having endured more than fifty years of internal armed conflict, is bravely putting forth its own model for fitting the square peg of justice within the circle of peace.