"If human rights are in crisis, it is not because of some problem in their normative content." 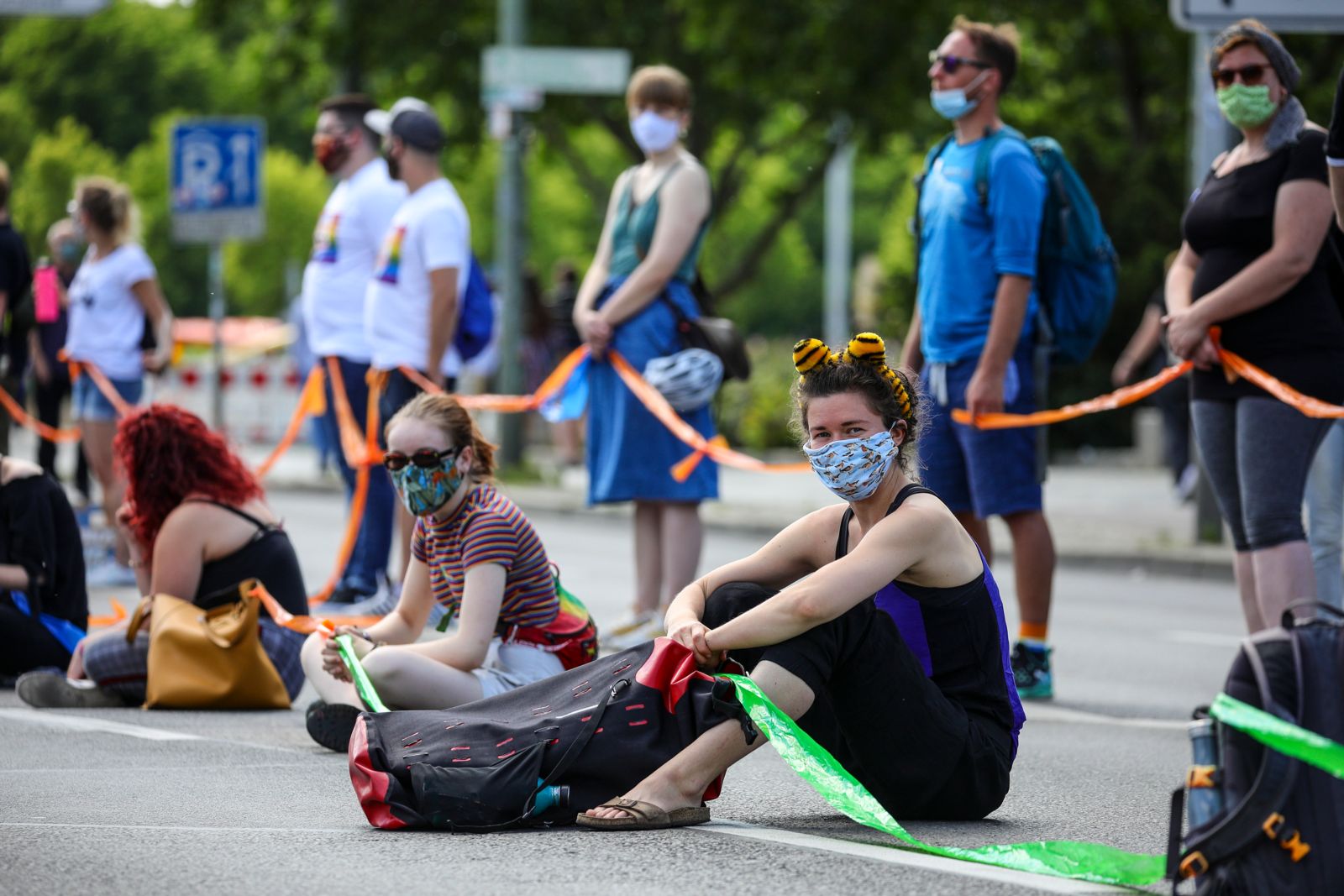 People take part in the 'Unteilbar' (indivisible) 'Solidarity Chain' demonstration in Berlin, Germany, in June 2020. The protesters wish to bring attention to a variety of social and economical issues, from better working conditions, fair tax policy and debt relief to issues such as protection for refugees and societal pact against: racism, anti-Semitism and right-wing terrorism. EFE/EPA/OMER MESSINGER

Human rights were in greatest ideological and mobilizational ascendancy in the 1990s. In retrospect, it was a strikingly depoliticized moment in which human rights benefited from the impression that they were central to “the end of history.” In the meantime, human rights have lost not their importance, but their imaginative near-monopoly as a framework for reform. This is particularly true for young people who did not experience human rights as the morality of the obsolescence of ideological alternatives. And it is true in many places around the world, where different forms of ideology and different forms of social mobilization than generally characterize human rights, have begun to beckon. The chief question I want to pose about human rights, then, is how they fit in a new environment in which history has resumed. It is an ideological and mobilizational environment in which not just stiffer resistance to human rights has mounted from their enemies, but also plausible competition and supplementation for human rights among reformers.

If human rights are in crisis, it is not because of some problem in their normative content— rights are credible ideals. Nor do I personally take issue with the organizational form of human rights movements, though I do think there is room for renovation on some fronts, in a constant learning process. The critiques I have made in my work, rather, concern the environment in which the necessarily selective ethics and mobilizations associated with human rights have seen the death of more ambitious political agendas, perhaps with high costs for human rights themselves.

If human rights are in crisis, it is not because of some problem in their normative content— rights are credible ideals.

One argument I made in Not Enough (Harvard, 2018) was about the ethics of sufficient provision in human rights, seeking to vindicate a threshold of distributional entitlement rather than attacking distributional unfairness as such (including the victory of the rich). Human rights movements have defined idealism in a world increasingly characterized by material inequality (often increasing in national settings). Human rights surged as socialism died as a cause in the world. Contrary to some other critics that see them as accomplices in the crime, I have not alleged this outcome was the fault of human rights at the level of ideas or practices. But this does not mean the focus on a distributional minimum is not part of the story of growing inequality. Philip Alston once remarked, “Extreme inequality should … be seen as a cause for shame on the part of the international human rights movement.” I merely extended that verdict beyond “extreme” inequality and argued that human rights law also should share in the shame (which is, I repeat, different from blame).

In forthcoming work, entitled Humane (Farrar, Straus and Giroux, 2021), I have argued that interest in international humanitarian law, including so-called co-application of human rights law with it, has accompanied the explosion of aggression (particularly by the United States and its allies in the war on terror) since 1989. Once again, the structure of the argument is similar: not that there is anything facially or practically wrong with the goal of humanizing war, except the “environmental” risk that it will allow politicians and states to legitimate war. Perhaps in this case I push the argument a bit further: insofar as human rights law in its newfangled co-application essentially urges great powers to transform age-old war into policing, it provides a moral sheen to ongoing domination across geopolitical hierarchies. As we know, policing is violent. But from an abolitionist perspective, should we merely want it to be “clean?” Still, my main problem remains the environmental one that we have done much better in the age of human rights in focusing on brutality in war rather than the initiation and continuation of war.

In some emerging writing, I am toying with a (once again parallel) worry about human rights and democratic self-rule. Majorities have been restive of late, not least because they are outraged by economic inequality and endless war that elites bring them. To my earlier arguments, populism has allowed adding the claim that human rights turn out to be hostage to the very problems they fail to condemn, for majorities will demand attention to those problems. Thus, it is not merely a matter of my ethical preferences to hope for more antiwar and socialist movements alongside our human rights movements of recent decades; it may be that without the former, the latter will not make much difference, or will see their achievements easily reversed. What would a human rights movement look like that worked alongside majoritarian party politics, protecting the vulnerable and weak in ways that harmonized with a majority program, rather than were easy to scapegoat as diversions from or threats to it?

For the most part, I have tried to remain neutral on whether human rights movements should take on more tasks (at the risk of failing even more comprehensively), or claim less and allow other movements to surge. To be honest, I do not believe the record of human rights law or movements justify much confidence that they can do the former rather than the latter. But the response to much of my writing suggests that their advocates want to try. Whether they are successful or not, my own view is that all friends of human rights—among whom I count myself—can benefit from reflecting on an environment in which their movement has prospered as antiwar and socialist politics have died, and human rights were generally defined as antidemocratic and juristocratic, rather than principles for a responsible majority, alongside its other justifiable priorities. At the same time, the environment is changing with the generations, and the effects on where reformers fit human rights in their agenda is likely to be extraordinary—potential for better, rather than worse.