Can a human rights clinic, based at a well-resourced law school in the United States, stand in solidarity with activists in the global South? 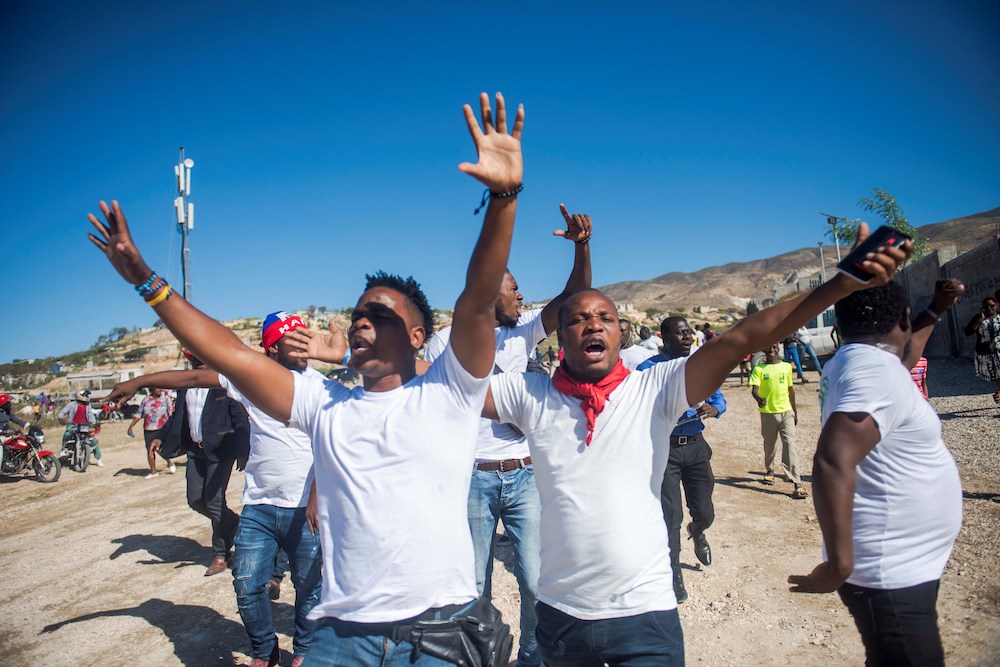 When I returned from maternity leave in 2010, I renamed the clinic I teach at NYU. Frustrated with the old structures and many of the grounding rules for human rights advocacy, I wanted to de-center the legal framing of “rights,” re-center “justice” in its place, and situate our fraught endeavor in a global—rather than an “international”—context. The work I was interested in teaching my students to do was less about international courts and tribunals and more about forging partnerships to end violations that crossed borders. Instead of returning to the International Human Rights Clinic I had (co)taught for many years, I began to build the “Global Justice Clinic.” The focus would be projects and cases—or, perhaps more precisely, engagements—in which our place in the world, as law students and lawyers inside a US-based law school, would be part of the story.

Rejecting the disembodied, free-floating sense of being “international actors” who roamed the world seeking “projects,” I was eager to take on board the longstanding critiques by TWAIL scholars and anti-racist activists by working within what I came to call the Clinic’s “moral jurisdiction,” those places and spaces where institutions based in the global North—governments, companies, cultural practices and discourses—were actively and directly implicated in human rights violations, and where we brought something of value to the table in efforts led by those directly impacted. These places, of course, include a broad swathe of geographically, economically, and culturally defined communities on the losing end of neoliberal global capitalism, from New York City itself to the Amazon basin to the hills of Haiti.

I was eager to take on board longstanding critiques by working within what I came to call the Clinic’s “moral jurisdiction.”

In this and a sequel post to be published in the coming weeks, Clinic partner Nixon Boumba and I will share some provisional lessons we have learned from this work. The next post will focus on joint work the Clinic has done with Haitian activists. Since 2013, the Global Justice Clinic (GJC or “the Clinic”) has partnered with a social movement in Haiti that organized itself to assert Haitian self-determination over the emerging question of industrial gold mining. Made up of numerous Haitian social movement, peasant, and human rights groups, by January 2013, the Kolektif Jistis Min (KJM) had uncovered important information about US and Canadian companies that held permits to research, explore, and exploit gold in Haiti. However, they also had many open questions and sought support in advancing their objectives. The Clinic and KJM began to hold exploratory discussions aimed at determining how we might work together. At first, we framed the engagement as one aimed at advancing human rights in the gold mining sector. Six years later, we see the work as joint opposition to the development of the Haitian gold mining sector itself. This shift, from a position held out as “neutral” concerning extractives in Haiti, to one in which we jointly voice our opposition to extractivism itself, encapsulates our learning over these past six years.

Most important at this time of great tumult is to learn lessons about how and when it is possible to create bonds of true solidarity across vast divides.

During this time, we have done much together. It is important to note that much of our joint work was made possible through the leadership of Haitian activists, and also the visionary work of a talented American lawyer and former GJC student: Ellie Happel, now co-teaching the GJC and directing the Clinic’s Haiti work, who lived in Port-au-Prince for more than five years. This proximity was both crucial and rare.  Some of our work has looked like traditional human rights advocacy, including a hearing before the Inter-American Commission on Human Rights, a comprehensive report on the mining sector, shadow reports submitted to various UN mechanisms, careful analysis of a pro-company draft mining law, and a complaint about the World Bank’s role in advancing that bill lodged with the Inspection Panel (the complaint was thrown out on a technicality). Other activities have been more innovative and empowering, such as support for KJM’s “10 Days of Action,” in which KJM hosted anti-mining activists from Latin America and Africa for ten days of collective learning and exchange and a rights-based baseline study on water that we conducted with local communities sitting inside a gold mining permit.

Although it would be possible to identify varying levels of “success” and “failure” for different aspects of this work, what seems most important at this time of great tumult—in Haiti and the human rights world more broadly—is to learn lessons about how and when it is possible to create bonds of true solidarity across vast divides of privilege, geography, language, culture, education, and more. These lessons feel vital for the coming times, as we struggle to join forces in opposition to the human rights violations resulting from climate change, authoritarian crackdown, and xenophobic responses to migration.

When I began thinking about writing these posts, it became quickly apparent that it would only be right to co-author them with a colleague from our partner movement. What could I say about solidarity, after all, that would make sense if not built on joint knowledge? The next post will focus on distilling strands of conversations that many of us have had over the years. It will echo some themes beautifully evoked by Harsh Mander, César Rodríguez-Garavito, Regan Ralph, and others who have called for a renewed emphasis on solidarity. We aim to shed light on how human rights partnerships—even those built in the context of incredible inequalities—can work, perhaps especially in these difficult times.