It’s time for a paradigm shift in the Arab region, where local human rights groups are negatively perceived and donors still resist supporting right based initiatives.

For decades, human rights defenders across the Arab region have relied on foreign resources rather than local funding to support human rights initiatives. Raising funds locally has been simply too difficult, largely because governments and some ordinary people distrust human rights as a Western construct; even though many Arab governments signed and ratified most human rights conventions and treaties.

Arab governments still react angrily to criticisms of their human rights practices, accusing human rights NGOs of defaming the nation. Moreover, in countries where there is wealth to spare, existing laws make it difficult to raise funds without express government permission. In most countries, potential contributors receive no tax advantages for charitable donations. In addition, businesses, corporations and individuals who might otherwise be inclined to contribute fear the perceived political nature of human rights work. 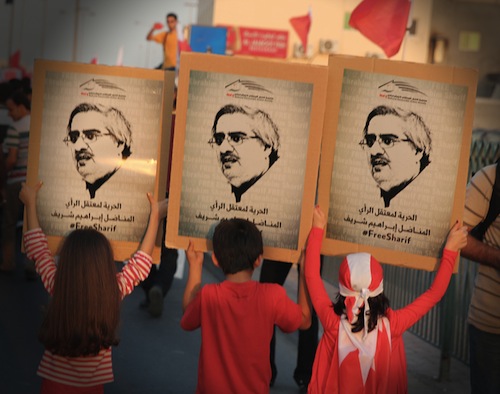 Few local donors are keen to help local civil society fundamentally address human rights problems at their roots in a sustainable manner. If a non-profit activity is perceived as political, as human rights inevitably are, the indigenous funding potential drops to zero. It is always easier to find donors willing to support the restoration of historic property or build a new orphanage than it is to find those willing to support a human rights advocacy campaign.

In the Arab world, many people, including high net-worth and educated individuals, perceive human rights as part of a partisan or anti-regime agenda. In years past, many political opponents of established dictatorial regimes used human rights as a way of undermining those regimes’ credibility. They appeared to be simply using human rights as anti-regime alibi. This perception, in turn, gave human rights work a false reputation, with many viewing it as partisan. This has made it difficult to raise local funds.

Encouraging more financial support from Arab contributors requires increased efforts to build public awareness around the importance of human rights, particularly at a time when local publics are creating a new political order. It is crucial that both local and international actors depict human rights work as essential to sustainable social development, rather than as some kind of politicized, anti-regime agenda.

People living in the region give a large amount of money, but typically do so for charitable purposes rather than for development or human rights. While the “giving” trend derives in many developed countries from the concept of “social responsibility,” the prevailing trend in the region is one of “charity” – giving because “I want to help” – establishing a donor/recipient power dynamic that undermines the whole giving process.

The accrued weaknesses of civil society – including human rights groups – over the past six decades has contributed to this situation. The devolution of government services, performance, and accountability in many Arab countries led to an increased role for nonprofits in filling the gaps.

However, this did not translate into an effective contribution to the policy-making process, and this shortcoming badly affected the credibility and sustainability of NGOs. The region ended up with cohorts of non-profit institutions devoted to service delivery; while very few of them got engaged in effective advocacy and policy-making initiatives. Existing regimes - who wanted to sideline any non-profit entity challenging their monopoly in policymaking – considered this to be a blessing.

As a result, “capital holders” channeled their donations to “safe interventions” – mostly social, cultural, and environmental – rather than to human rights, policy-making, and accountability initiatives.

Time for a paradigm shift

There is an urgent need to facilitate a paradigm shift toward philanthropy for human rights inside the Arab region. The region’s existing philanthropic organizations should build awareness of the value of supporting and funding human rights efforts. The Arab Human Rights Fund, the first Arab grant-maker in the field of human rights, devoted much effort to communicate with potential Arab donors on the importance of their contribution to the advancement of human rights in the region, and by extension to the sustainable development of their respective communities. This included direct mailing campaigns, intensive use of social media, and reaching out to then during major regional and national events.

The Arab Human Rights Fund addressed issues such as the non-partisan aim of human rights work, the links between human rights and sustainable development, the impact of a poor human rights record on economic growth, the role of all actors (governmental, non-governmental, professional unions, media, academic institutions, etc.) in improving human rights, and the fact that a human-rights friendly approach is not a threat to stability.

This new approach in communication resulted in a steady but yet very slow growth of the number of potential donors, and the Fund continues to be engaged to building a constituency for human rights in the Arab region.

It is of utmost importance that local and regional actors build a constituency for human rights, which in turn will widen the base of potential contributors. This can be achieved by longer-term funding streams and a more inclusive process to set funding priorities. Recent political developments have triggered more interest in the region, resulting in an enhanced direct and physical presence of major human rights funders and actors. Some of these funders suddenly decided to establish offices, recruit staff and implement projects. This has sidelined a considerable number of regional and local human rights actors who cannot necessarily compete with the big international agencies. Therefore, one of the proposed approaches is to establish strategic partnerships in the region, rather than to engage in direct implementation.

At the same time, local groups must enhance their own professionalism, build a wider constituency for their causes and, most importantly, complement their work with a solid engagement in policy-making so that their initiatives bring palpable change people’s lives. Otherwise, their work stands the risk of being always under-valued and discredited because it does not induce real change.

Many of the region’s activists envision a day when the efforts of human rights actors are sustained by the beneficiaries of their work – the people of the Arab region. We know why it is not yet happening. Will this change anytime soon?