To bring real human rights change, legal actions usually need to be linked to broader political strategies, but that doesn’t preclude seizing opportunities as they arise. 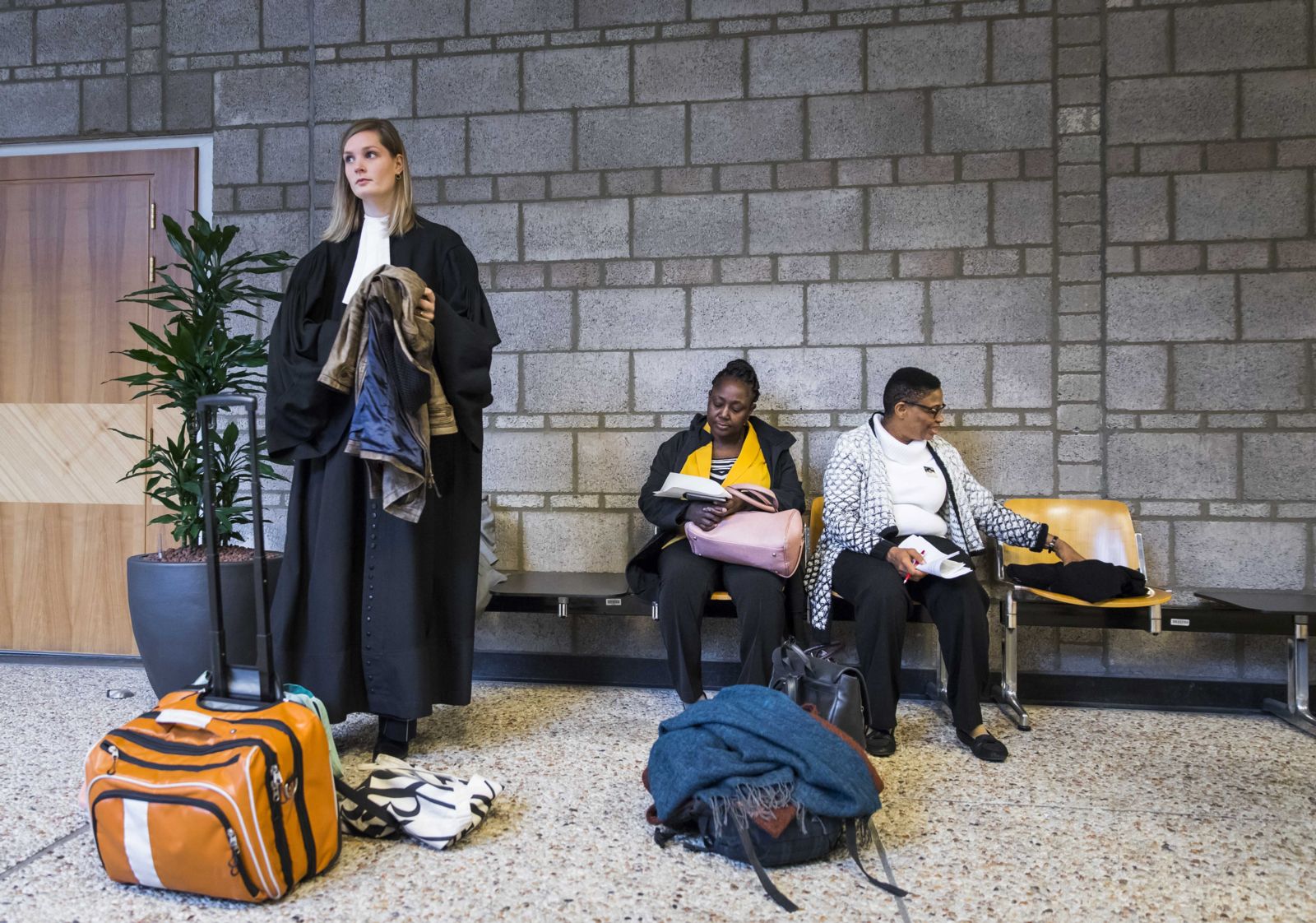 Victoria Bera and Esther Kiobel, two widows who lost husbands to execution in 1995, file a civil court case in the Netherlands.

One can generally agree with Martín Abregú when he writes that litigators “should take a more holistic view about the overarching situation”, and include  “ … an analysis of its potential outcome beyond the legal decision".

Indeed, it is on the basis of similar considerations that our Berlin-based, transnational litigation organization, the European Center for Constitutional and Human Rights (ECCHR) chooses to frame our work as “legal intervention” rather than as strategic litigation. For us, this means being both open to opportunistic interventions and whenever possible locating the legal strategy alongside broader social and political action.

It’s worth recalling that many of the most important cases in the field of human rights litigation were not part of a strategic plan. When Peter Weiss and the Center for Constitutional Rights (CCR) in New York filed the Filártiga case in 1980, the lawsuit was a swift reaction to the presence of Paraguayan citizen Americo Peña-Irala in the United States. He was implicated in the death by torture of Joelito Filártiga in 1976 in Paraguay. Filártiga’s family and the lawyers based their successful claim on a long-forgotten law, the Alien Tort Claims Statute from 1789, paving the way for many other cases, and a new model for human rights litigation worldwide.

Similarly, inspired by mass demonstrations in Buenos Aires against impunity, the Spanish jurist Carlos Castresana filed the first criminal complaint under the Spanish Universal Jurisdiction Statute against Argentinian military dictators in March 1996. His action was not discussed with the Argentinian and Chilean exile communities in Spain but led later to historical universal jurisdiction investigations of abuses in Argentina and Chile. This ultimately led to the arrest of Chile’s ex-dictator, Augusto Pinochet in London in October 1998.

These two outstanding legal victories in human rights litigation were not the outcome of a long-term strategy. Instead, they were rather experimental and risky decisions by individuals and lawyers, trailblazers with a great deal of intuition for generating political momentum.

Human rights organizations from all over the world and lawyers sought to replicate this work in the US and later in Europe, especially in Spain and Belgium. This replication was not particularly  “strategic”. Indeed, the failure of the Alien Tort Claims Act litigation in the Kiobel case at the US Supreme Court and the near abolition of the Universal Jurisdiction statute in Belgium (and later on in Spain) show perhaps an imperfect understanding of the risks. They show too that litigators underestimated the resources and the powers of the opponents of universal jurisdiction – powerful states and corporations.

Of course there are good examples of strategic human rights litigation that include mid-term and long-term strategies on how to use certain legal tools to tackle an egregious human rights situation. For example, the work of the Kurdish Human Rights Project in London, some migration groups litigating at the European Court of Human Rights or the Human Rights Law Network's litigation at the Indian Supreme Court.

But focusing only on the legal proceedings and referring to human rights litigation as “strategic” is problematic in other ways. It leads to a kind of hubris and overly narrow approach on the part of the lawyers and those they represent. Lawsuits alone won’t solve the world’s complex political, social and economic problems.  As described in Jules Lobel’s book on failed civil rights litigation in the US, Success Without Victory, there is an interdependence between litigation and social and political movements. Legal efforts have to be embedded in broader social and political activities, because most human rights violations are of a systematic character whereas litigation focuses often on individual cases (in the best-case emblematic cases which stand for a certain problem). Judgments against individual perpetrators in criminal cases, or against companies for individual wrong-doings, or even against the state, often fail to address the root causes of systematic human rights violations.

Abregú’s observations are valid beyond authoritarian and illiberal regimes. In fact, the erosion of international law and especially the erosion of human rights law that we are currently observing is at least partly caused by western hypocrisy in this sphere. The systematic use of torture by the US after 9/11 and the illegal invasion of Iraq in 2003 helped authoritarian and illiberal rulers all over the world to argue that the west adopts an instrumentalist approach towards international law. Others learned that lesson and now exploit international law in the same way. Rulers like Putin and Erdogan are now pointing to western countries to justify their illegal actions. Therefore, it is also important to litigate in the United States of America and in Europe to uphold basic human rights standards. Further, to develop a universal approach western NGOs should overcome the focus on individual political and civil rights and also litigate to protect and fulfil economic and social rights. The outcome of the legal proceedings may be positive or not, but the key issue is whether the litigation helped contribute to social change.

Successful legal interventions are sometimes carried out as swift responses by experienced individual lawyers. The right intuition for measuring risks is crucial, for example in the case of defending the rights of completely marginalized individuals such as the Guantanamo detainees. But to challenge more systematic violations or even their root causes, lawyers' actions should where possible be linked to broader efforts; again, with a careful analysis of the overall risks.

At the same time, litigation organizations need not restrict themselves to what is ‘realistic’ in a narrow sense, mimicking the arguments of judges and prosecutors. In her book, Evidence for Hope, Kathryn Sikkink points out that “… human rights progress has been the result of activism and struggle and such progress is not at all inevitable but rather contingent on continued commitment and effort”.  She refers to philosopher Albert O. Hirschman who reminds us that it is important to widen “… the limits of what could be perceived as possible”. No one expected the groundbreaking successes in the Filártiga and Pinochet cases.

Wolfgang Kaleck is the General Secretary of the European Center for Constitutional and Human Rights (ECCHR) in Berlin.