Winning the public’s trust requires that NGOs be open to understanding, and respecting, the public’s perspectives.

Throughout 2011, I worked with ten Israeli rights NGOs defending Palestinian rights, using data, focus groups, structured conversations and brainstorming to figure out how they could better reach the Israeli public, which was largely hostile towards them. Our suggestions included highlighting the work NGOs do for Israelis and not just for Palestinians; taking a cooperative rather than combative approach to Israeli authorities; and creating better inter-NGO collaboration. (For the project background, see here.)

My research also identified messages that could help groups communicate better with Israelis. Among other ideas, I recommended that these NGOs acknowledge the complexity of their work, and admit fallibility; convey that they are not opposed to Israeli society or identity; and emphasize that human rights are essential to democracy. I also identified new target groups for advocacy, including people who did not currently support Israelis NGOs working on Palestinian rights, but nonetheless demonstrated openness to human rights ideas.

The Israeli NGOs I worked with were free to use, ignore or adapt these recommendations. To see what they chose to do, I recently asked many of these groups what had changed since then. Most felt Israeli public opinion was just as bad as in 2011, or even worse; legislation to limit their activities is now pending in the Israeli parliament. Although the precise impact of the project is hard to measure, many NGOs said they had taken important insights from our work in 2011.

Comfort zone: inside or outside?

Israeli rights NGOs continue to wonder whether they should “strategize”—or reach out to the Israeli public—at all.

Israeli rights NGOs continue to wonder whether they should “strategize”—or reach out to the Israeli public—at all. Some see this as appeasing the public by diluting their critical message, a dilemma they term “making nice”.

One former NGO director explained that such appeasement could never happen based on strategic needs alone. Most rights NGOs include both Jewish and Palestinian staff (Israeli citizens or from the occupied territories) who would find “accommodating” language offensive. Staff buy-in, he observed, is essential for all NGOs.

Others spoke of strategy not as “diluting the message” or “making nice”, but rather as focusing their advocacy efforts. Should NGOs maximize outreach among those who already support their message, or should they try to convince those that don’t? One NGO director said it was imperative to engage with the tougher audiences, seeking to build personal contacts with government authorities and placing articles in mainstream and right-leaning media. She noted that Israel’s political right wing had regrouped after the 2005 disengagement from Gaza—a massive defeat for its members—and set clear goals: influence the Israeli media and Ministry of Justice, both commonly perceived as “left-leaning” by right wingers. Ten years later, she said, they had succeeded. She thought human rights NGOs should have a similarly focused strategy.

Other NGO clients used my survey data to target people who support human rights “in principle”, but balk at supporting those NGOs protecting Palestinian rights. The research helped them identify where not to waste efforts and money, and to instead focus on those whom they had a chance of persuading.

One NGO reported it had attempted to reach out to larger audiences without changing its message. This group developed a program for high school students and community groups, using film and public art exhibits to engage participants in human rights themes. These activities had not been exclusively inspired by our strategic brainstorm, but the program contributed to their overall thinking. 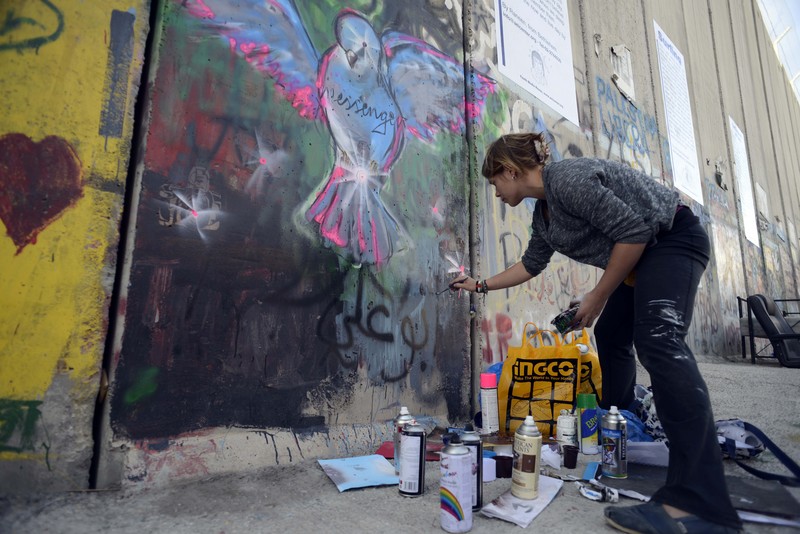 A second NGO said its public outreach team devoted staff to the issue of communicating with Israelis. They created interactive, animated clips for dissemination on social media, and held open talks at fashionable Tel Aviv left-wing bars, using slideshows and data. These efforts, however, are still largely directed towards the political left. Overall, the outreach of that group is chiefly aimed at international audiences such as diplomats, journalists and visiting groups, who are simply more interested in Palestinian human rights than local audiences. When I went to one of their recent talks for Israelis, for example, barely 20 people attended.

Using the data to inform strategy

Several NGO leaders said my 2011 survey data had made a lasting impression on their thinking. Certain key statistics arose regularly in meetings with partners and staff, including my finding that while most Israelis support human rights in theory, few support NGOs focused on defending Palestinian rights.

A number of the NGOs have asked for research on specific human rights topics in the years following the original project, up to the present. Many NGO board members, staff and international partners, including the International Committee of the Red Cross and the United Nations, have also asked for presentations of the original data. Other NGOs have invited me back to facilitate their own specific strategic seminars.

One former NGO leader said her organization’s decisions had become more deliberate and informed, and another said that our survey insights had helped her both as a human rights defender, and as an Israeli citizen.

Four years after my human rights survey, there are no clear answers about whether and how to change Israeli public attitudes. Even the idea of working together with the other groups and coordinating strategy was often difficult, since NGOs have different goals and missions. Some feel that “making nice” and being liked by the Israeli public is neither realistic nor desirable, nor a priority.

All agreed, however, that the survey and focus groups had been useful. Although there were mixed feelings about the ongoing discussion sessions, the cooperation did promote information sharing between them, facilitated ad hoc cooperation, and had led to various ideas, such as creating a research-driven “message bank” on human rights that organizations could draw upon as needed.

Many believed that there was value in adopting a more strategic, practical and data-driven approach. It gave them confidence and direction. It was now clearer to many NGOs that changing the minds of the public requires strategy rather than just emotions and instinct.

Human rights groups must avoid the notion that mainstream audiences are evil or foolish, and they must respect that others have reached different conclusions from them, even based on the same basic facts. In addition to data and strategy, that may require individuals to rethink their own positions. In the end, winning the public’s trust will also require NGOs to actually be open to the public’s perspectives, no matter how much they might disagree.